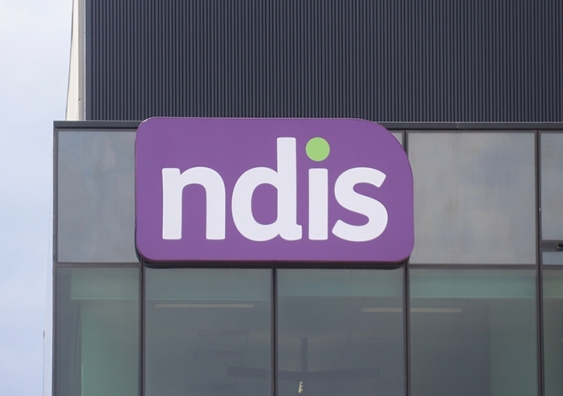 Poor accessibility and quality of NDIS support for people with disability and their families from culturally and linguistically diverse backgrounds are commonly reported. Image: Shutterstock

The introduction of the National Disability Insurance Scheme (NDIS) in 2013 was considered the most significant social policy reform in Australia this century. When entirely rolled out, it will provide approximately 500,000 Australians under the age of 65 who have permanent and significant disability with funding for support and services.

Despite the aim of the scheme, poor accessibility and quality of NDIS support for people with disability and their families from culturally and linguistically diverse (CALD) backgrounds are commonly reported. However, there are only a handful of empirical studies available on how to address these issues. To fill this knowledge gap, a research team from UNSW’s Social Policy Research Centre (SPRC) and representatives from St Vincent de Paul Society NSW (SVDP NSW) was established.

Background to the research

The three goals of the CAN Strategy are to equip participants from CALD backgrounds with the skills and knowledge to engage effectively with the NDIS; to develop a network of relationships with key stakeholders and participants from culturally diverse backgrounds, and to enhance the knowledge of staff within the SVDP NSW LAC program regarding cultural responsiveness.

SVDP NSW collaborated with the research team from SPRC to conduct a preliminary case study on the CAN Strategy for Australian Chinese people who speak Mandarin or Cantonese. The SPRC team included Dr Qian Fang, Professor Karen Fisher and Professor Bingqin Li. The purpose of the research was to explore how the program responded to the needs and preferences of Australian Chinese communities in the context of NDIS.

What did the research reveal?

The research suggested the CAN Strategy was on track to achieve its intended outcomes. Both the Australian Chinese participants and staff from SVDP NSW appeared to gain benefits from the program. The achievements varied slightly across the three goals.

Participants who were interviewed reported they were satisfied with the knowledge they received from CAN. Most stated that personal consultations with Local Area Coordinators (LACs) exceeded their expectations and that it was an effective arrangement.

They said they appreciated staff who exhibited two qualities they defined as essential to good cultural responsiveness – dedication and competency. The two qualities emphasise the priority of framing culture within wider quality goals such as person-centred practice. The finding also suggested that factors like language and same cultural backgrounds, which are highlighted in the literature, were important but not sufficient.

'The Chinese families didn’t know who to turn to and how to navigate their way out of the maze.'

CAN assisted in establishing a network of relationships with NDIS stakeholder organisations and Australian Chinese participants. Those who had children with similar disabilities in similar age groups began to exchange peer support. One of the mothers commented that she took away two benefits from CAN – the opportunity to meet the other mothers and knowledge about NDIS.

“The CAN  Strategy is about building trust, rapport and a two-way dialogue between the SVDP NSW LAC program, and CALD communities. As an NSW PITC, we can support CALD participants and their families and carers to build their capacity to navigate the NDIS, but there is equally as much capacity our program needs to build when it comes to working effectively with CALD communities,” CALD Community Engagement Coordinator Erin Crockford says.

An implication of this report for practice is that an organisation can demonstrate its capacity to provide culturally responsive practices by working with and learning from participants to change its practices.

"Insights from the CAN approach to cultural responsiveness are the value of mutual learning and support between the organisation and CAN participants, and the close collaboration with stakeholders from CALD communities," Dr Fang says.

The research team will use these findings as an entry point to include diverse cultural groups and apply the findings to other service areas. The team also welcomes policymakers, practitioners and academics to make contact to further discuss mutual policy and research interests.