Only political negligence can kill off the historical referendum on Indigenous recognition, writes Professor George Williams. 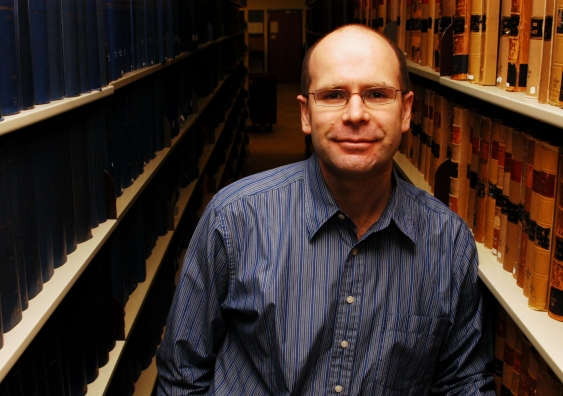 OPINION: Last week's Aboriginal tent embassy protest was an unhelpful distraction in the debate over changing Australia's constitution. However, it is not the death knell of the referendum.

The protest does not change the fundamentals and will not shift deep-seated community feeling against racial discrimination. In any event, the debate has moved on to a political stoush over the role of the Prime Minister's former media adviser.

The greatest danger to the referendum lies elsewhere. If it fails, it will most likely be because of political mismanagement.

Commentators and parliamentarians have criticised some of the expert panel's recommendations as overreaching, while accepting others.

In response, the government ought now to be working with Australia's main political parties to fashion a more modest, but viable, set of changes that will ensure that our most important law treats all Australians equally.

Instead, the government has been strangely absent from public debate on a report that it commissioned. In a world where governments seek to micromanage media responses, the debate has instead been left to drift. This is unfortunate and counter-productive. The government's inaction has allowed a perception to grow that this referendum is too difficult and ought not to proceed.

By contrast, the opposition appears more interested and engaged. The shadow attorney general, Senator George Brandis, has sent clear signals about the changes he is prepared to support. The opposition will not accept a new clause prohibiting racial discrimination, nor the idea that laws be made only for the ''advancement'' of Aboriginal peoples.

On the other hand, the opposition has changed its position significantly over the last year in backing more than just symbolic recognition. There is support for deleting the last vestiges of racial discrimination from the constitution. In doing so, a new power will be needed so that federal laws for Aboriginal people do not become invalid and new laws can still be made.

The government could not ask for a better invitation to deal constructively on this issue. It provides an avenue for the Minister for Indigenous Affairs, Jenny Macklin, and the Attorney General, Nicola Roxon, to get things back on track.

The single greatest reason for Australia's poor referendum record of only eight successes out of 44 attempts is political mismanagement. Time after time governments have put poor proposals to the people, have taken voters for granted or left them in the dark, and have asked Australians to approve major constitutional changes that have divided their political leaders.

The ALP is responsible for the lion's share of these failures. It has put 25 referendums, with only one success. This was a 1946 proposal by the then prime minister, Ben Chifley, to grant federal power over social services, including maternity allowances, widows' pensions and unemployment benefits.

Labor's 96 per cent failure rate is an exact match for its failure to attract opposition support. The only time Labor went to a referendum with such support was when the opposition leader, Robert Menzies, backed Labor's 1946 poll.

That referendum provides useful lessons. Chifley's social services proposal did not go to the people in the form Labor wanted. Menzies pressed for an amendment to ensure that the Commonwealth could not, in providing the new benefits, ''authorise any form of civil conscription''. Labor wisely accepted the amendment, and won the referendum.

Labor must again accept opposition changes. The final proposal must be ''owned'' not just by the government, but by all major political parties. The result can still be a worthwhile referendum that will improve our constitution and mark an important milestone in our democratic development.

The Prime Minister recognised the need for broad political support at the launch of the expert panel's report two weeks ago. Her government now needs to take steps to secure this support.

After all, the success of the referendum will not be a function of the government's popularity, but of whether the change is supported across the spectrum. Even the most popular governments have failed in the success of a referendum when they lacked the backing of their opponents.

The goodwill shown by the Opposition Leader, Tony Abbott, and Brandis has its limits. Indeed, the danger of the tent embassy controversy lies not in how it may shift long-term public opinion, but in how it will make constructive engagement between the government and the opposition even more fraught.

It is difficult to read the government on this issue. It may be that they are yet to decide on a strategy for pursuing the referendum. But unless it takes action now to build political agreement around a viable set of changes, it will end up consigning this important reform to Labor's already long list of referendum failures.

Time to get serious on recognising Aboriginal rights in the constitution

An answer to the race question