The word for “love” in North Korea refers only to the Dear Leader, and words for liberty or human rights don’t exist, defector and activist Yeonmi Park has told a UNSW Sydney Writers’ Festival audience. 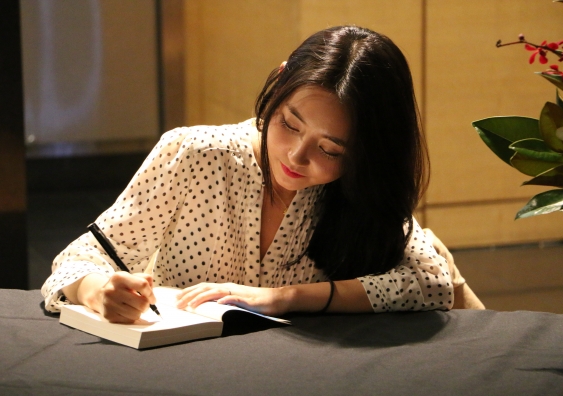 Yeonmi Park signs a copy of her book 'In Order to Live: A North Korean Girl’s Journey to Freedom' at the UNSW Sydney Writers' Festival event. Photo: Marty Jamieson

Standing at the microphone on tiptoes and announcing that she was 13, an audience member asked defector and human rights activist Yeonmi Park if there was ever a point when she had wanted to give up.

It was a potent image: this slight girl in jeans and a jumper, her eyes bright and her long hair in a neat plait, was the same age that Yeonmi Park was when she made the perilous night-time journey with her mother across a frozen river from North Korea to China, saw her mother raped and was sold to a man for about $200 as a sex slave.

Park, who eventually made it to South Korea with her mother, has become a leading campaigner for human rights in North Korea. She travels the world to make the world aware of what it is like to live under its repressive regime and wrote the book In Order to Live: A North Korean Girl’s Journey to Freedom.

We are trying to go to Mars now but we are not trying to go to North Korea and free these people. How are we going to justify what we do when we know they are suffering?

Facilitator Sarah Macdonald noted that Park, 22, is now studying economics at the Columbia University in New York, in the belly of the capitalist beast and a “terrific up yours” to the North Korean regime.

Life in New York is a world away from the deprivations of North Korea, where there was no internet, no magazines, no foreign films, no 24-hour electricity, no freedom and no sense that the State’s pervasive control was anything but normal. Radios were in every home and woke them in the morning with socialist songs, instructed them when to eat and when to go to bed. 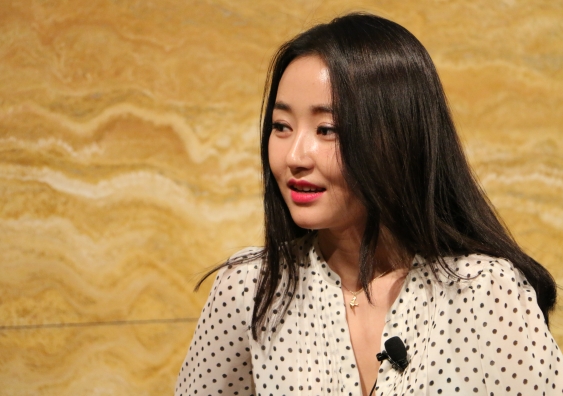 Kim Jong-Il was regarded as a deity who had been chosen by the universe and was even able to read their thoughts. When a leader died people thought world might literally stop turning.

Travel within the country was almost impossible, with official permission required and a train system so poor it might take a month to travel to the capital Pyongyang. But to visit Pyongyang was a dream for many North Koreans. When Park visited, she saw a different universe, witnessing people “in a restaurant sitting on a chair, not on the ground” and seeing foreigners for the first time. The regime would tell locals the foreigners had come to worship the Dear Leader and wanted to live in North Korea, she said. “We believed the whole universe wanted to worship Dear Leader.” 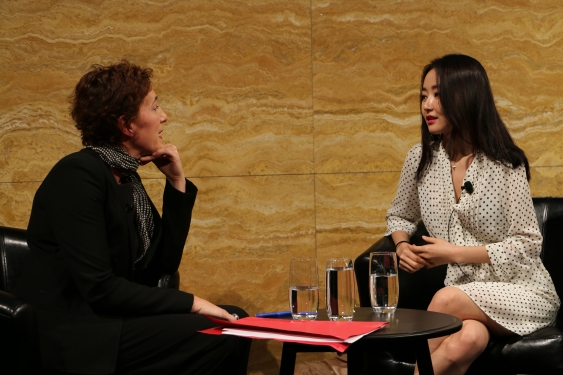 With North Korea becoming a trendy destination for Western tourists, Park stopped short of telling people they shouldn’t visit. But she had this message: “Why would you like to do what the dictator wants you to do? When I do something and Kim Jong-Il hates it, I know I’m doing the right thing. If Kim Jong wants you to come to North Korea and see it, [that’s] probably not a good idea … What’s happening in North Korea is not a joke.”

Adjusting to life in South Korea had been difficult, from the sensory overload to making small talk and even the most basic of modern conveniences. Park was stunned by the soft toilet paper with its flower print. “I smelled it and thought why would you use it for that reason?” But it raised a more serious dilemma: “If you don’t know how to use a bathroom, how will you survive in South Korea?”

If Kim Jong wants you to come to North Korea and see it, [that’s] probably not a good idea … What’s happening in North Korea is not a joke.

Park’s human rights campaign has not gone unnoticed in North Korea and she has been monitored and denounced by the regime.

She continues to work with NGOs who send balloons into North Korea with thumb drives and leaflets containing information about the outside world. She wants China to do more to help North Korean defectors get to South Korea, to stop women having to become sex slaves, and for other countries to send the same message.

“We are trying to go to Mars now but we are not trying to go to North Korea and free these people,” she said. “How are we going to justify what we do when we know they are suffering?”

Park tries to live a normal life as a student in New York, although language can still cause the odd hiccup. “I would say I am from North Korea and they thought I was saying I’m from North Carolina.”

UNSW Arts & Social Sciences is a major partner of the Sydney Writers’ Festival and is hosting a series called Thinking Globally, taking a fresh look at some of today’s most pressing issues including migration, the end of Europe, surveillance and extremism. 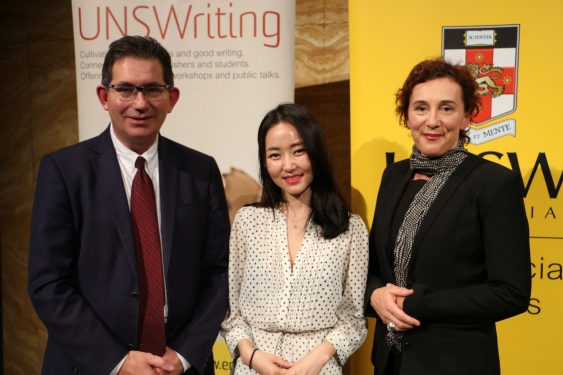