Opinion In defence of the minority

Minority parties are good for our democracy, because parties forced into coalition do deals in the open. Tony Abbott and Kevin Rudd are kidding themselves in their stand against them, argues Lindy Edwards. 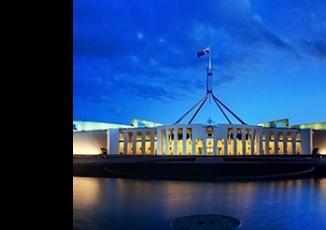 OPINION: Tony Abbott and Kevin Rudd are both kidding themselves in their stand against minority governments. There is a structural reason for the rise of minor parties and it is good for our democracy they exist.

For Abbott, taking a stand on not preferencing the Greens was an exercise in making a virtue of necessity. It looks like they are making a principled stand for strong government, but in reality not many of those lining up to vote for Abbott were planning on voting No. 2 Greens, and forming a coalition with them would be almost impossible. Nonetheless, grandstanding about it gave Abbott a chance to wedge Labor.

The politics of it is more difficult for Rudd. On the one hand, minority government has got a bad rap this term and Rudd does not want to be promising more of the same. However, there is a big overlap between Labor's left flank and the Greens and they are natural coalition partners. Labor has to play a complex game of brinksmanship, of being both competitor and potential collaborator. It is not something it has handled well, but it will have to get better at it.

The days of two majority parties are over. The two-party system stems from a time when the defining political cleavage was class conflict. It was essentially a battle over how much business revenue should go into wages and how much should go into profits. The working classes were on one side, the bosses were on the other, and the middle class determined elections arbitrating as to whether one side or the other had gone too far.

In recent years, however, new political cleavage lines have opened up. It has been part of a long historical process by which the Western world has slowly expanded the range of people who are granted full and equal political citizenship. It started off as the lords and barons; it expanded to include the independently wealthy men; then it moved to all property-owning men; and finally to all adult white men. Finally, in the 1970s, it moved on to women, non-whites and, more recently, gays. It was recognised that while they had the vote, these groups were not equal citizens in our society.

This new wave of equality movements created another battlefront that cut across the old class divide in complex ways. These new battlegrounds were less about class and more about cultural forms of power.

The ABC's Vote Compass plots your political position against these two axes. They are sometimes described as an ''economic'' axis and a cultural or ''post-materialist'' axis. It is a peculiar kind of one-eyedness that thinks that equal pay for women is not a ''material'' issue, but I digress. The point is the left-right divide has become a grid with four quadrants.

The new battleline has created havoc on the left. While progressive politics' mantle is ''equality'', in reality, white working-class men don't always see the advancement of women and people of other races as in their interests. In this new landscape, often the first impact of reform is to rearrange the chairs among society's most disadvantaged. People tend to focus on not wanting to be on the bottom rung rather than looking up the ladder, which makes progressive politics complex.

The divide between Labor and the Greens is that the former is aligning itself with the working classes, while the Greens are centring themselves on the liberation issues on race, gender, sexuality and the environment.

While the headache is worst for the left, it also echoes through the long-standing divide between liberals and conservatives that has riven the Liberal Party since it was formed in 1909. Today, that divide is captured by Tony Abbott identifying with big mining and having an eye on the social values of the 1950s, while Malcolm Turnbull is the forward-looking millionaire who is progressive, tech-savvy and engaged with an Asian century.

It is a good thing to have minor parties giving voice to this diversity of views. It would be a step forward if people could vote for whether they wanted an Abbott or a Turnbull version of the Liberal Party, just as it is good that people can choose between Labor and the Greens.

The concerns that minority governments are less effective are misplaced. Politics is the art of compromise, and when one party dominates government the deals are done behind closed doors. When parties are forced to form coalitions, the deal making gets done in public. It is more transparent and more likely to involve principled compromises on policy issues, rather than secretive horse trading.

Our electoral system does not make it easy for minor parties. Nonetheless, as the electorate diversifies and the issues we divide on become more nuanced, minority parties are an increasingly important part of our democracy as they ensure the Parliament reflects the people.