What sets this white paper apart is the muscularity of the envisaged defence force, which bears all the hallmarks of Tony Abbott’s hard-nosed approach to defence and national security, writes Alan Dupont. 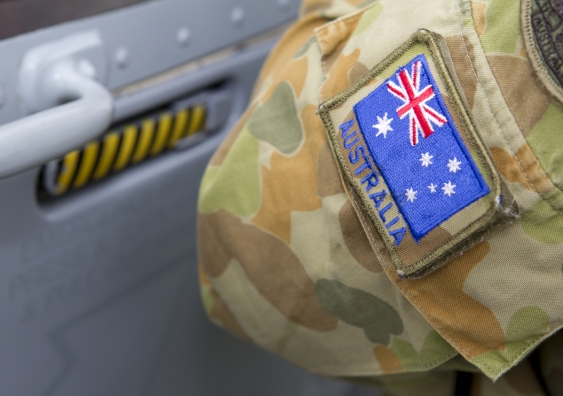 OPINION: The Turnbull government has boldly proclaimed that the new defence white paper “is the most rigorous and comprehensive in Australia’s history”. This is not just rhetoric. The white paper articulates a viable strategy for the Australian Defence Force that is potentially transformational and should ensure the ADF is properly equipped to deter and defeat the multiplying defence and security challenges confronting the nation.

What sets this white paper apart is the muscularity of the envisaged defence force, which bears all the hallmarks of Tony Abbott’s persona and hard-nosed approach to defence and national security.

If the ambitious funding targets are honoured by future governments Australia will have the best small defence force in the world.

However, rising doubts about the sustainability of increased defence funding, continuing delays in getting Australia’s vaunted new submarines into the water and Coalition infighting over defence policy threaten to take the gloss off of the government’s achievement.

The politics surrounding this white paper have been more convoluted and vitriolic than normal because of its unusually long gestation, contested parentage, the enormous sums of money involved and the far-reaching nature of decisions that will shape our frontline defences for up to a half-century.

It is not unusual for defence white papers to be drawn into the cut and thrust of politics, especially during an election year. But this year is markedly different because the main contest is not between the Coalition and Labor but within the Coalition itself as conservatives and moderates fight for ownership and control of the government’s key defence policy decisions and priorities.

The latest and most damaging instance is the leaking of classified sections of an early white paper draft. This clearly was intended to suggest Malcolm Turnbull was responsible for allowing the time­frame for the deployment of the first new submarine to drift out to 2030-31, whereas under Abbott’s watch the submarines supposedly would have been ready to go five years earlier.

The white paper provides a refreshingly clear and unambiguous rationale for the use of military force to protect three defence interests: a secure and resilient Australia; a secure nearer region (maritime Southeast Asia and the Pacific); and a stable Indo-Pacific region and rules-based global order.

Abbott unwisely gave substance to the leak by implying that his white paper would have delivered a first submarine in the water by the mid-2020s, avoiding the need for expensive upgrades to the existing “fragile” Collins-class submarines. However, once the Abbott government opted for a competitive evaluation process in February last year, only an overseas build could have delivered a new submarine by the mid-2020s.

That option is highly unlikely because of overwhelming political pressure to build most, or all, of the submarines in Australia. A domestic build, to a unique Australian design, followed by several years of underwater testing, will take at least 15 years, which is why the first new submarine will not be fully operational before 2032. Abbott should have known this.

It is true the Collins-class boats have experienced developmental and operational problems. But most of these have been fixed. It is now a formidable submarine. Upgrading the Collins boats to ensure there is no future submarine gap is doable and affordable.

The Turnbull decision to add a section in the white paper confirming the salience of climate change for defence planning will have been a red rag to climate-change sceptic Abbott, aggravating longstanding differences between the men and reinforcing Abbott’s determination to prevent the “hardness” of the white paper being weakened by dovish sentiment. Abbott clearly is not about to concede his totemic policy to Turnbull or what he undoubtedly sees as his superior national security credentials. Abbott wants to ensure he is seen as its principal architect for legacy and conviction reasons.

However, this white paper is a genuinely collegial document, which is one of its great strengths. It reflects the consolidated views and contributions of two prime ministers and three defence ministers, and the collective knowledge and expertise of the defence and wider national security community, including the national security committee of cabinet.

The white paper provides a refreshingly clear and unambiguous rationale for the use of military force to protect three defence interests: a secure and resilient Australia; a secure nearer region (maritime Southeast Asia and the Pacific); and a stable Indo-Pacific region and rules-based global order.

A close examination of the fine print reveals some overdue shifts in strategy that will enable the ADF to respond effectively to a more volatile, dangerous and uncertain security environment.

Thankfully, Defence also seems to have broken free of an insular strategic culture that, for far too long, has been a brake on innovation and capability development. There is no better illustration than the disappointingly barren exchanges between opposing “continentalist” and “expeditionary” schools of thought, neither of which adequately balance the need to provide for homeland defence and to prosecute our wider defence interests.

Money aside, Abbott may turn out to be the greatest risk to the credibility and implementation of the white paper.

In the past, white papers over-prioritised the narrow defence of Australian territory to the detriment of our willingness and ability to project serious combat power into the region and beyond.

The 2009 and 2013 white papers partially rectified this deficiency by accepting the need for an expanded ADF role and enhanced capabilities.

But the new white paper goes much further in unequivocally acknowledging that the ADF must be able to defend Australia at greater distances than previously envisaged, decisively respond to military threats and play an important role in coalition operations “wherever Australia’s interests are engaged”.

Another welcome development is the priority afforded to giving the ADF a genuinely independent capacity for combat operations. Since the 1980s, governments have talked endlessly about the need for greater defence self-reliance. But they seldom have matched their words with deeds. Witness the ADF’s shoestring capabilities in 1999, when it could barely deploy unassisted to East Timor, a distance of only a few hundred kilometres, or sustain a significant offshore military presence without cannibalising the non-deployed force. We were lucky to come away from that commitment unscathed.

If this white paper is fully implemented, the ADF will be vastly better prepared to conduct independent operations in our near neighbourhood and make a meaningful military contribution to coalition operations anywhere in the world where Australian interests are directly engaged.

For the past 100 years, wars have been fought in three domains or spectrums: land, sea and air. But future war increasingly will be conducted in space and cyberspace, so the ability to protect space-based assets, such as communications and intelligence satellites, and prevent cyber attacks against critical defence systems is now a key defence task.

That’s why the white paper consciously has broadened defence strategy away from its traditional focus on the maritime approaches to Australia. We have a full-spectrum defence strategy that recognises that threats can come from anywhere and through any, or all, five domains. This is the obvious conclusion to be drawn from the large investment in intelligence, surveillance and cyber capabilities that will enable the ADF to see further, better anticipate threats and operate effectively in cyberspace as well as on land, sea and in the air.

In an age of protean, interconnected threats, firepower without smart power will not suffice. Modern defence forces must be fully networked and possess the enabling technologies, transport and logistics systems to get troops to the conflict zone quickly and safely; support them for extended periods; control vital air, sea and cyberspace; and effectively conduct peacekeeping, counter-terrorism and humanitarian operations. They also need superior intelligence.

The white paper provides a credible plan for acquiring or enhancing these capabilities, with the navy rightly being singled out for the lion’s share of investment. It is the weakest link in the ADF network and urgently needs regeneration given the proliferation of modern ships, submarines, aircraft and missiles in our back yard.

But the white paper’s strategic solutions quickly could be compromised by lack of money, notwithstanding the Prime Minister’s commitment to lift defence spending to 2 per cent of gross domestic product within five years.

There are some worrying parallels with the Rudd government’s similarly robust 2009 white paper, which set out an ambitious defence modernisation agenda that Labor palpably failed to fund when in government. Far from boosting defence spending, the Rudd-Gillard governments did the opposite, salami slicing the defence budget to its lowest level since 1938.

Most of the trumpeted increase in defence funding in the new defence white paper does not become available for another six years, two full election cycles away. What the government of the day will choose to do in 2022 is anybody’s guess. It is entirely conceivable that the promised defence enhancements will be whittled away in the face of mounting fiscal pressures on an already stressed national budget.

That said, the Coalition clearly has delivered on its promise to fully cost the white paper, no mean feat given the size and complexity of the $29 billion defence budget which is slated to grow to $42.4bn by 2020-21. We know this because the figures have been verified independently by KPMG, Rand and several other reputable accountancy firms and external experts. This greatly reduces the risk of significant cost blowouts in equipment purchases, which have been a perennial problem for defence.

Money aside, Abbott may turn out to be the greatest risk to the credibility and implementation of the white paper. It would be a supreme irony, and a gift to Labor, if Abbott’s guerilla campaign against Turnbull on defence brings about the outcomes he wishes to avoid: a trashing of the white paper’s laudable achievements and a Coalition defeat at the forthcoming election.

Alan Dupont is an Adjunct Professor at the UNSW and a non-resident fellow at the Lowy Institute.