Defence Minister Stephen Smith needs to provide strategic direction to his department in order to regain the respect of the defence force, argues Professor Alan Dupont. 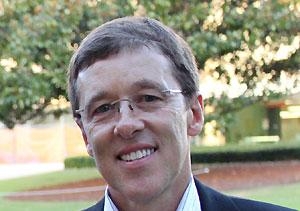 OPINION: The best way for embattled Defence Minister Stephen Smith to repudiate the criticism that he has lost the confidence and respect of the defence force is to focus on his core job of providing strategic direction to his department. This means more than talking about cultural change or announcing the latest equipment purchase.

As the government's chief spokesperson on defence, Smith needs to show intellectual leadership. He could start by articulating a persuasive strategic narrative to provide some much needed context for the government's forthcoming white paper and defence policy more broadly.

This should include a fulsome explanation of the reasons for enhanced strategic co-operation with the US, since it appears the US presence in Australia will be more substantial than first thought. Providing port facilities for US submarines and aircraft carriers near Perth, and operating US surveillance aircraft from the Cocos Islands is a far different proposition from rotating a few thousand marines through Darwin.

Since the last white paper in 2009, Australia's security environment has become more volatile, complex and uncertain, posing many unanswered questions about the challenges and priorities for the Australian Defence Force in the post-Afghanistan era.

Smith may not have all the answers but he won't get them by being passive and reactive. He should initiate a robust public and intra-government debate about the kinds of conflicts Australia is likely to face and the implications for defence funding and strategy. We can ill afford to repeat the mistakes of the post-Vietnam period by preparing the ADF for the wrong wars made worse by ill-conceived strategy and chronic underfunding.

Two important trends ought to inform the government's thinking. First, the messy irregular conflicts of the recent past are unlikely to end suddenly with Afghanistan. On the contrary, they will almost certainly continue, albeit with mutations, because of the persistent political and strategic drivers that have spawned their re-emergence.

These include the growing number of fragile states and their associated ethno-nationalist, tribal and sectarian grievances; the profusion of terrorist and narco-terrorist groups possessing lethality and technological sophistication; and the rise of dystopian regimes willing to employ insurgent proxies, terrorist tactics and sometimes nuclear blackmail to advance their interests.

A second relevant trend is the dramatic decrease in interstate war over the past half-century and particularly since the end of the Cold War. In the 1950s, the world experienced on average six to seven interstate wars a year but in the past decade only two of 29 major armed conflicts were interstate. Most conflicts today are low-intensity.

There has not been a significant interstate conflict in Asia and the Pacific since the Chinese army's incursion into Vietnam in 1979. And there has not been a major war involving Asia-Pacific powers since the Korean War ended in 1953. The chances of the ADF being deployed for this contingency have clearly diminished.

The government must be prepared for more internal conflicts and transnational disturbances in Asia and the Pacific requiring significant numbers of ground forces, along with the means to transport, protect and sustain them. While Libya, not Afghanistan, may be a better pointer to future European and American engagements in fragile and fragmenting states, Australia's responsibilities in the Melanesian world suggest boots on the ground are likely to remain an enduring feature of ADF deployments.

If irregular conflicts are likely to be the most common form of future warfare, then the ADF must be equipped to fight and win them. This imperative should be reflected in Defence's strategy and funding priorities.

As a middle power with a major investment in China's continued growth, it would be a mistake to believe China's rise should be the main determinant of the ADF's structure and strategy. Our limited defence resources should not be spent on equipment primarily designed for great power conflicts.

Yet that is what the last white paper seems to be advocating. How else can the $36 billion allocated to new submarines be justified? For one project to consume one in three dollars of all defence capital spending over its 20-year life cycle is neither justifiable nor sustainable, especially given Defence's well-documented problems maintaining and crewing the existing Collins-class submarines.

If the government won't spend more money on defence, then significantly reducing funding for new submarines and the increasingly expensive Joint Strike Fighter is the only feasible way of stabilising the defence budget and aligning capability with strategy.

Cutting the number of submarines from 12 to nine, and JSFs by about one-third, would save $10-13bn. A reduction of this order would still give the ADF a formidable strike and deterrent capability against predatory or hostile states, but not at the expense of other critical programs, or the integrity of the Defence budget.

Getting all this right won't be easy, but Smith could help restore his reputation and the government's fortunes if he does.

Professor Alan Dupont is the inaugural Director of UNSW's Institute for International Security and Development and a non resident Senior Fellow at the Lowy Institute.

Defence spending sacrificed on the altar of short-termism