Former NSW Minister, John Della Bosca, has told a UNSW conference the war on drugs has failed, calling for a drug summit to reassess Australia’s approach to drug policy. 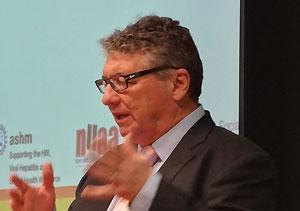 As Special Minister of State, Della Bosca approved the establishment of the Kings Cross Medically Supervised Injecting Rooms. The injecting room trial was a result of the 1991 Drug Summit.

“I agree with the Australia21 position – the war on drugs has failed. If a person has a drug addiction it is far better to find treatment for them than to put them in jail,” he told the conference yesterday.

Della Bosca said early intervention programs needed to be reintroduced, as they are critical to treatment plans.

“After the Drug Summit the government introduced a series of programs for families that addressed the mental, educational and social problems that drug use stems from – many of those programs no longer exist.”