The rollout of the NDIS is a step forward in establishing universal disability support for all Australians, but as always, the devil is in the detail, write Karen Soldatic and Leanne Dowse. 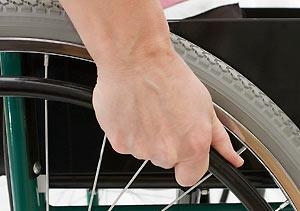 OPINION: The Council of Australian Governments (COAG) has established an inter-governmental agreement that will form the framework for the initial phase of the National Disability Insurance Scheme (NDIS). But as in every step of the NDIS' implementation, the devil lies in the details of the roll out.

People with disabilities, their families and advocates have lobbied hard for the scheme since the Productivity Commission first proposed the model in 2011. And new lobby groups were established to concentrate advocacy efforts in those states and territories where governments have not being entirely supportive.

While debate up to this point has focused on which states are on board and what their degree of commitment is, after the announcement following yesterday’s COAG meeting, the focus has shifted to how the first phase of the scheme will be mounted. Interestingly, the details provided only cover the administrative processes of the first phase and how it will inform the transition to the full scheme. They tackle three aspects of the NDIS.

The first focuses on how the states, territories and the Commonwealth will divide out roles and responsibilities for the full scheme. This can be interpreted as the Gillard government pre-empting politically divisive debates around funding.

When the NDIS was initially announced, Queensland and New South Wales argued that they couldn’t afford it. And Western Australia said it already gave enough to the central coffers via the GST. By prescribing a collaborative framework for the future policy development of the full scheme, states and territories can no longer use debates about the NDIS to leverage political arguments about fiscal constraint.

The second aspect of the agreement focuses on establishing a new Standing Council on Disability Reform, in which all jurisdictions will be represented. It mandates that all jurisdictions will make collaborative decisions about the implementation of the full scheme together, drawing on information from the trial sites.

One of the dangers of this approach is that if consensus can’t be reached, the scheme could potentially be substantially watered down through protracted negotiations.

Those states not fully behind the NDIS now, for instance, could argue against moving from the trial to the full roll out within this forum. We know from history that other disability initiatives have faced similar fates, particularly where regulatory impact is a consideration.

Consultation on the Commonwealth’s NDIS Bill 2012 will take place at the same time. Numerous issues related to the administrative and legislative apparatus are yet to be resolved, including how the NDIS will interact with state and territory legislation.

The final component of the new COAG agreement is focused on reviewing and evaluating the first stages. Clearly the terms of reference will have a powerful influence on the framing of the results, so the level of transparency in formulating the evaluation and whose views are canvassed are particularly crucial here.

It’s also critical that the disability movement is central to the development of this process rather than only those concerned with the NDIS' administrative and fiscal implications. Including a range of diverse disability voices within the evaluation is essential.

It’s difficult to ascertain if this new COAG agreement will, in practice, mean anything substantially different for the long-term administration of disability services and supports from what we have now. We should remember that the current National Disability Agreement does this very task – it divides out roles and responsibilities across the different layers of government.

This is a key consideration for the disability community and forces the question of whether Friday’s agreement takes us any further down the track of realising people with disabilities' call for a fairer, more sustainable and equitable system of support.

The Productivity Commission report argued for a nationally coordinated scheme where Australians with disabilities and their families could have confidence in a comprehensive system that responded to their individual needs where they lived. Given that some states remain on the outside, it’s unclear how this can be the case.

Nonetheless, Friday’s announcement was the good news in a week that brought a major setback in the international disability circuit. The US Senate voted down an opportunity to ratify the United Nations Convention on the Rights of People with Disabilities (UNCRPD). Conservative groups successfully lobbied Republicans to vote against the treaty, not on the grounds of disability rights, but because the UNCRPD reaffirms the right to free or affordable health care, including for sexual and reproductive health. The far right fringe of the Republican Party argued that the UNCRPD might open a back door to abortion rights.

The political landscape of US disability policy and politics feels far removed for most Australians with disabilities. Compared to the United States, we know that our disability service and health-care systems are both superior and fairer. But they are clearly still not good enough.

Disability supports are precarious for most people who need them and will be until there’s a fully-funded national scheme that provides universal access for all Australians with disabilities. While Friday’s announcement is a step forward in establishing disability supports for all, the detail needed to assess whether it’s adequate is yet to be revealed.

Karen Soldatic and Leanne Dowse are based in UNSW's School of Social Sciences. This opinion piece was first published in The Conversation.