Detention harms even the strongest

Even the most resilient asylum seekers who spend more than six months in detention risk mental illness, new research has found. 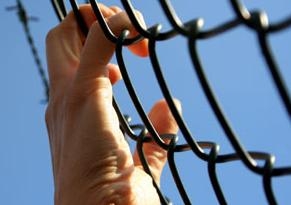 Even the most resilient asylum seekers who spend more than six months in detention risk mental illness, new research has found.

The deterioration in mental health came despite detainees being reasonably well cared for with regard to basic needs such as food, shelter and safety, the large-scale study commissioned by the Department of Immigration and Citizenship (DIAC) found.

It found anxiety about being allowed to remain in Australia and extended periods in detention were major factors impacting on wellbeing.

“Detainees who spend more than six months in detention are very likely to suffer from mental illness,” said lead researcher, Professor Ilan Katz. “Even those who are most resilient will begin to deteriorate mentally.”

Other factors such as experience of trauma and violence, the difficult journey to Australia and concerns about their families living in dangerous circumstances also contributed.

Professor Katz said that while most asylum seekers expected a period of detention, not knowing how long it would continue caused those who stayed for long periods to withdraw and lose hope.

“Our research confirms that detention centres have limited capacity to prevent and address these mental health issues.”

Lack of transparent information and communication were major problems.

“Detainees rely on DIAC and detention staff for information, but unless it’s consistent and transparent, they turn to people smugglers, community connections and other detainees to understand the immigration process.  The result is that many people do not understand why they continue to spend long periods in detention when others in similar situations are freed very quickly,” said Professor Katz.

Sensationalised media reporting and the fear of being blamed for incidents created an organisational culture in centres that restricted the activities that could be of most benefit such as exercise and excursions.

“Media attention to self-harm, riots and escapes, and the consequent political fallout from these events results in a culture of risk aversion in detention centres,” said Professor Katz.

“Activities like excursions and exercise that lead to increased wellbeing for detainees aren’t prioritised.  The lack of meaningful activities in detention is one of the major contributors to mental health difficulties for those who spend long periods in detention.”

The report concludes that a more consistent approach, combined with better communication and provision of meaningful activities, would support the wellbeing of detainees.