Opinion Digital future or race to the bottom? What journalists really think

As major newspapers in Australia prepare to move to digital-first models, the old idea of a journalistic "priesthood" imparting wisdom to many is shifting, write David McKnight and Penny O'Donnell. 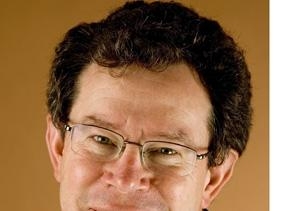 OPINION: As major newspapers in Australia prepare to move to digital-first models, the old idea of a journalistic “priesthood” imparting wisdom to many is shifting.

Our recently released survey, Journalism at the Speed of Bytes, in conjunction with the Walkley Foundation and with funding from the Australian Research Council, has found considerable interest in user-generated content but ambivalence about the shift to a “living conversation”.

Greater interactivity with readers raises unexpected practical and professional challenges for newsrooms. It adds to staff and resource needs and requires a new approach to editorial leadership. Yet, overall, the journalists we spoke to see concrete benefits in opening up the news process to outsiders.

The Journalism at the Speed of Bytes report points to a full-blown crisis in newspapers, raising questions about the quality and breadth of the news which Australians will receive in the future.

Three years ago we set out to discover how newspapers were making the transition to digital delivery. Most debate focused on finding a new business model as advertising migrated online. Less attention was given to the equally important issue of what the people who run newspaper newsrooms were doing to maintain news quality across the print and digital delivery systems.

We wanted to find out whether there was evidence to support widespread claims that the internet exercises downward pressure on journalism standards. In particular, we were interested in the digital prospects for “public interest” journalism. That means news content for mass audiences produced collaboratively by large newsrooms of experienced journalists who know how to scrutinise the powerful, keep a watch on government, and maintain the information flow between politicians and voters. In our view, a well-informed public goes hand-in-hand with profitability as the core business of newspapers.

We interviewed 100 newspaper journalists: editors, deputy editors, chiefs of staff and senior journalists whose decisions affect the way their mastheads are dealing with change.

Why newspapers? Newspapers are the key players in media convergence, driving the transformation of “legacy” media into the multimedia production companies of the future. The major Australian mastheads now publish on at least four platforms: print, internet, mobile phone and tablet. Their newsrooms still employ the biggest numbers of journalists, and dedicate the most extensive resources to the task of comprehensively covering the important issues of the day for society-at-large.

But even as we crunched the numbers and prepared the commentary, things were moving fast: Australia’s two largest newspaper companies, Fairfax Media and News Limited, announced plans for major restructures which will see the loss of another 800 or more editorial jobs.

The departure of many redundant Fairfax staff is expected to be known by next Friday; meanwhile The Australian has recently announced it is looking to cut 20 editorial staff.

Fairfax’s share price continues to hover around 50 cents, down 90% from five years ago.

News Corporation’s decision to split its assets into two distinct companies will leave its newspapers isolated from the support they had previously received from subscription TV and films. (News Corporation reported a $2.8 billion write-down in its fourth quarter results, due mainly to the restructuring of its Australian publishing operations.)

Already, even senior journalists are equivocal about the quality of the news product over which they preside. We found that only 38% thought the quality of Australian newspaper journalism was “excellent”, while 34% said it was “average” and 28% rated it “poor”.

Meanwhile their opinion as to the quality of online journalism was, if anything, less complimentary. The main problem they faced, they told us, was lack of resources and the challenge of developing a new “digital news” mindset. In part, editorial executives said they were trying to combat this by recruiting staff with digital know-how and skills – this emerged as the most important quality they seek; writing skills, once essential, now come well down the list.

One of the biggest new challenges in developing digital journalism mindset is coming to terms with the reality of increased reader engagement. The majority (69%) of senior journalists we interviewed were in favour of increased interactivity with readers. Nearly half (45%) of respondents were also in favour of readers contributing to the creation of news content, harnessing the ideas and knowledge of their audience.

“I’m hugely in favour of accepting everything from readers — stories, comment pieces, photographs, vox pops, everything,” said one journalist, “I think the more the readers are involved, the better for the newspaper because they take ownership, they feel ownership, and there’s nothing stronger, it’s the newspaper’s greatest asset.”

One third (33%) were against the idea of user-generated content, mainly because they worried about the types of content readers might want to contribute, and the time/resources needed to get it publication-ready.

On the issue of more conversational forms of journalism, however, we found more disagreement. Some journalists we interviewed seem to be spooked by the idea of journalism as a “living conversation”; more people (32%) were negative about this than were positive (25%), with the largest group of 35% describing the idea as “debatable”.

There is clearly reluctance in some to go the extra yard from news being an interactive process to a completely open two-way street. Further analysis of these answers revealed concern at interference in “work routines” and “news cycles”, although those in favour tended to cite “immediacy” as being a positive.

Interestingly, when we asked whether editorial priorities had changed in response to this greater interactivity with readers, 46% said they hadn’t, compared to 41% who accepted that they had.

Issues that emerged, unsurprisingly, included a greater awareness of readers’ preferences for local news, but some people also worried about reputational issues, such as the risks to one’s brand of carrying readers’ comments.

There were also comparisons to the unmerited and at times disproportionate influence of talkback radio: ““You become very vulnerable to pressure groups and attempts to manipulate the media”, said another editor, “the perfect example is talkback radio, and that is not my idea of good journalism”.

There is an interesting point to be made here about journalists’ continuing role in the new landscape of news.

While, to a large degree there is acceptance of – and in some an appetite for – the blurring of traditional boundaries between journalists and audience, and the increased participation of readers in the news process, there are persistent doubts as to what journalism will look like when journalists put down their old mantle of “gatekeeper” and instead take up a new role as “facilitator” or “curator” of multi-participant news conversations.

“I think it’s democratic,” said one journalist, “I’m happy about it with an important caveat that professional journalists must maintain strict control over the editing and the output.”

What emerged from our interviews with the people who run Australia’s biggest newspaper newsrooms is that editors and their senior staff are struggling to innovate in the face of declining resources and ever-increasing workloads. They are excited about the future prospects for the craft of journalism, but worried about what may be lost in the transition to digital.

Happily for the craft, for the public it serves, and for journalists who practise it, we also discovered that senior journalists still define themselves in terms of informing the public and holding the powerful to account, while “ethics” as a criterion for judging journalism was seen as being of critical importance by the greatest number of people, surpassing even newsworthiness or impact. The journalists we spoke to agreed that public benefit is a strong element of news quality.

Most reassuringly there is a strong belief, supported by 73% of respondents, that quality journalism is important to keeping a newspaper profitable – a finding that suggests the chase for a viable new business model will not be just a race to the bottom as long as journalists have a say in it.

Associate Professor David McKnight is a Senior Research Fellow in the Journalism and Media Research Centre at UNSW. Penny O'Donnell is a Senior Lecturer in International Media and Journalism at the University of Sydney. Jonathan Este from the Walkley Foundation for Excellence in Journalism also co-authored this piece, which first appeared in The Conversation.