A conversation between Harvard Law School’s first deafblind graduate and the world’s first blind newsreader covers everything from advocacy to finding friends and dancing. 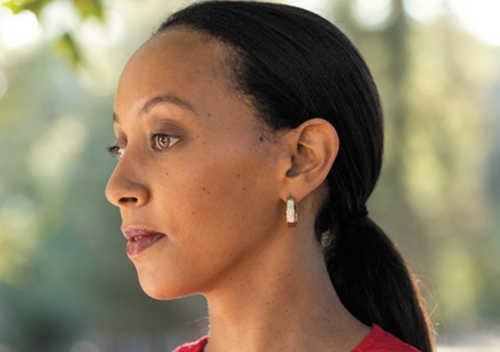 Haben Girma is a leading disability rights advocate and lawyer, and author.

After Haben Girma’s visit to UNSW Sydney in April was cancelled due to the COVID-19 pandemic, the Centre for Ideas arranged for ABC reporter Nas Campanella to interview her at home in California via Skype. The podcast of their conversation is now available on the Centre for Ideas website with links to iTunes and Soundcloud, as well as a transcript and images for members of the hearing impaired community.

A leading disability rights advocate and lawyer, Haben Girma was named a White House Champion of Change by President Obama. She has received the Helen Keller Achievement Award and made it to the Forbes 30 Under 30 list.

In 2019, she published her memoir Haben: The Deafblind Woman Who Conquered Harvard Law, which charts the story of a daughter of African refugees who fled the 30-year war between their two countries, Eritrea and Ethiopia.

Ms Girma believes disability is an opportunity for innovation and, when coronavirus crisis restrictions aren’t in place, she travels the world teaching the benefits of choosing inclusion.

In the Centre for Ideas podcast, Ms Girma is interviewed by Nas Campanella who started her career at the ABC in 2011 as a cadet journalist in the Sydney newsroom. For seven years she was a newsreader at triple j, where she became the first blind newsreader in the world to read and operate the studio for herself live to air. Her achievement is all the more remarkable because Ms Campanella is totally blind and has a neurological condition called Charcot-Marie-Tooth which means she can’t read Braille. She has recently been appointed Disability Affairs Reporter for ABC News.

In their conversation, Ms Girma and her assistant, Gordon, used a Braille computer and keyboard. He typed the questions and she read the Braille. She says she uses this system because most people can type and she wants to be able to communicate “with anyone in any kind of situation”, including in coffee shops and bars.

Going to school and finding friends

Ms Girma says from middle school through to college she had “almost no friends” and felt lonely and frustrated.

“When you're obviously disabled, people are reluctant to connect, because they feel they won't look cool. In my book, I talk about the process of trying to connect, and people being polite on the surface, but you can tell it’s condescending, and that they're not really being respectful.

“I finally found my group of friends – very serendipitously,” she says. “They were people who were interested in growing, interested in new things, things that are different. Learning about Eritrea, learning about disability access, and they became my friends through the rest of my college career.

“In law school, I found people are more mature. A few years had passed since college and people were ready to be more authentic and learn from each other and learn from difference, rather than being afraid of difference.”

Ms Girma admits that initially she wasn’t thinking about going to Harvard Law School, and acknowledges her Law advisor was right telling her that attending one of the top schools would increase her chances of getting a job. She applauds the school for making material accessible.

“[They said] ‘We don't have a Braille embosser, but we'll get one. We'll learn how to emboss your books, and we'll make sure they're on time’. And that summer, they got a Braille embosser. They trained one of their reading specialists to learn how to produce Braille, and she worked with all my professors to make sure all my reading was available in Braille.

“That's how it should be. The school should do the work of making material accessible. Too many schools put the burden on students with disabilities to struggle and juggle making their work accessible on top of studying, which is not fair.”

People with disabilities during the pandemic

“Ableism is the idea that disabled people are inferior to the nondisabled. We're not inferior, but that idea is widespread, including in the medical community,” she says.

“Several [US] states put out policies saying that if we reach a point where we're struggling to get enough resources to people, we will refuse services to people with intellectual disabilities, or people with spinal cord injuries. Advocates have protested, and the specific states in question have pulled back their policies, but there are still more states to work on, and more places where this is a problem.”

On a more personal note, Ms Girma says she is missing meeting people and the swing dancing she goes to just about every week.

“It’s a way to connect with people, and express joy and build community,” she says.

“In my book, there's a chapter on my first salsa lesson. It was at a camp for the blind and it was actually taught by a blind dance instructor, which blew my mind. Nowadays, I'm like, of course blind people can dance. But back then when I was still learning, I was surprised. I know today there are still many people who are surprised.” 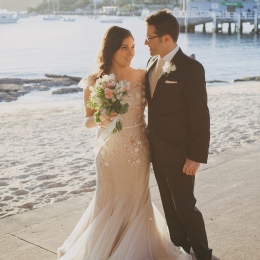 Ms Campanella took dance classes before her wedding and thought it strange that people would ask whether the couple would do their first dance together.

“Of course we would! Just because I'm blind doesn't mean that we wouldn't do that,” she says.

“I found it really strange because dance is all about movement. It's about how it feels. And so I guess I was quite confused as to why people wouldn't associate that with someone who was blind and you know, for someone who is deaf, you can obviously feel vibration of the music.”

Ms Campanella says dancing is just one thing in her life where people assumed she couldn't or wouldn't do something.

“And it's all based on people's assumptions and attitudes of what people living with a disability can and can't do, or what they should and shouldn't do.”

She asks Haben how we change those attitudes.

“When we put positive disabled stories out there, even if they are our own stories, we're asking people to change their negative assumptions and adopt a new disability worldview. And this story, this interview you're producing is also going to be one of those changes.”

Listen to the Haben Girma podcast, presented by UNSW Centre for Ideas in partnership with the Disability Innovation Institute at UNSW. It is supported by Auckland Writers Festival.