Australian women and girls with disabilities are twice as likely to experience violence and abuse as other women, new research shows. 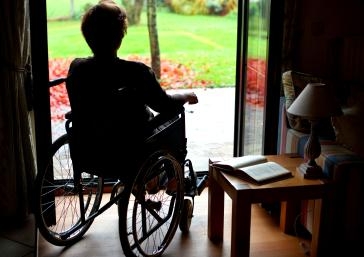 Australian women and girls with disabilities are twice as likely to experience violence and abuse as other women, new research shows.

The findings of the national Stop the Violence Project (STVP) were presented at the National Symposium on Preventing Violence Against Women and Girls with Disabilities last week.

Faculty of Arts and Social Sciences academic and lead researcher of the project, Dr Leanne Dowse, said the real numbers of disabled women affected by violence may be even higher.

“One of the things we know is that women with disabilities don’t tend to seek support services and when they do, they are referred around the service system and the issue of violence is never properly addressed,” she says.

Alarmingly, only a quarter of the 279 service providers surveyed attempted to recognise and record the presence of violence among their service users. Those who did reported more than 25% of women and girls with disabilities had experienced violence in the year prior.

Dr Dowse says women with disabilities end up on a “roundabout of referrals” because disability services aren’t equipped to address issues of violence and services have limited capacity to accommodate disability.

“We see a lot of women with disabilities living in institutions and boarding houses where there are very high incidences of violence,” says Dr Dowse. “Our report shows that abuse in these environments is often prolonged, severe and carried out by multiple individuals.”

She said women with disabilities are also failed by the prosecution process.

“Complex layers of vulnerability combined with impairment means women with disabilities are often not seen as credible witnesses.

“The overarching issue is that policy and practice are failing women when gender, disability and violence intersect,” she said.

Sex Discrimination Commissioner and Chair of the Stop the Violence Project Steering Group, Elizabeth Broderick, said the Symposium created “a sound platform for further work and improvements for women and girls with disabilities who experience, or are at risk of, violence”.

The STVP is a priority project under the National Plan to Reduce Violence against Women and their Children 2010-2022. It is being undertaken by Women With Disabilities Australia in conjunction with UNSW and People with Disability Australia.

Prime Minister Tony Abbott sent a personal message to the Symposium affirming the government’s commitment to ensuring the effective implementation of the national plan to “support our most vulnerable”.