Su Goldfish’s 40-year search for her lost family has been captured in a powerful new documentary. 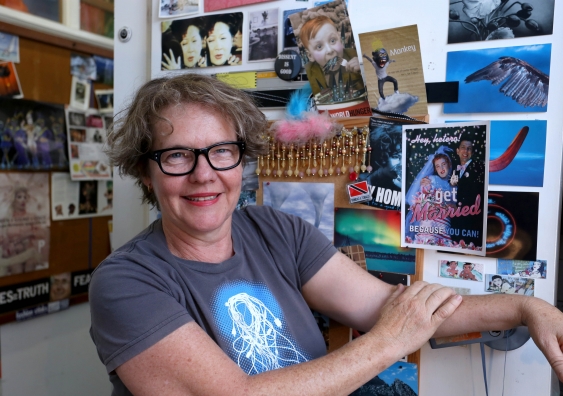 Su Goldfish has documented her journey into her father's secret past in her recent film, which will be released in October 2017.

Su Goldfish enjoyed an idyllic childhood growing up in Trinidad but could never shake her curiosity about how her European parents Manfred and Phyllis had ended up on this tropical island.

Her German father offered no answers, telling her: “I drew a line when you were born, and made a decision to never look back.” But Su was determined to uncover the truth. She has documented her 40-year journey into her father’s secret past in her film The Last Goldfish, which enjoyed a sold-out premiere at the Sydney Film Festival and was nominated for the Documentary Australia Foundation Award for Australian Documentary.

It tells the story of how Goldfish, manager of the Creative Practice Lab in the School of the Arts & Media, discovered the truth about her father’s past: he was Jewish and had been married to another woman with whom he had two other children. In November 1938, on Kristallnacht, he was arrested and detained in a labour camp.

His wife Marthe begged the SS to free him, promising they would leave the country immediately. Miraculously, the Nazis agreed and the family set sail for the West Indies – the only place that would take them without a visa. But the marriage dissolved; Manfred then married Phyllis and along came Su, their only child. Marthe also remarried and took their children to another country. 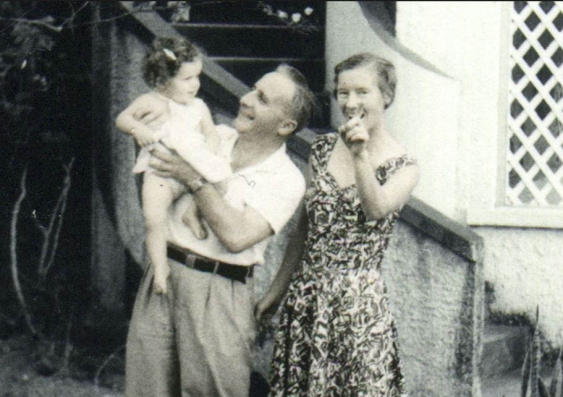 A young Goldfish with her parents Manfred and Phyllis.

“I was so excited, after I got over the teenage fury of being excluded from this knowledge,” she says. “But he then lied about knowing where my half-siblings were and was very anxious about me  contacting them.”

Part of her film is an exploration of that anxiety, and the guilt that often comes with surviving trauma. “I think my father’s guilt because he survived meant he couldn’t talk about what happened to him,” Goldfish says.

It is also a reminder of how the inter-generational impact of loss and displacement endured by refugees and their families is being echoed in the world’s current wave of refugees.

Goldfish’s happy life in Trinidad was interrupted by the Black Power Movement of 1970 and an attempted military coup, which prompted Manfred to move the family to Sydney when she was 14.

“Whenever I came close to getting anywhere, he would shut down the conversation."

In her new home, a friend of Goldfish suggested her surname sounded Jewish. When she asked her father, “Are we Jewish?”, it was as if she had pulled a stray thread that caused the whole garment to slowly unravel.

Yes, he had been Jewish but he wasn’t anymore. Persistent probing loosened more threads. He had lost almost all his family in the concentration camps. He drew a family tree but insisted no one was left, telling his daughter: “You are the last Goldfish.”

“Whenever I came close to getting anywhere, he would shut down the conversation,” Goldfish says. The idea to make the film coalesced after Goldfish interviewed her father for a film assignment in 1996.

Goldfish eventually tracked down her half-siblings and travelled to Canada to meet them. “I still felt there must be Goldfish family out there ...” A breakthrough came when she was contacted by a researcher in Germany who was working on a book about Jews from the town of Ulm. This led her to the town of Bad Ems, where Manfred had been born and where his parents had run a kosher hotel.

Goldfish travelled to Germany to find out what happened. “It turns into an amazing adventure. Some of it’s very sad but basically it’s a fantastic story.”

The Last Goldfish will be released in October.