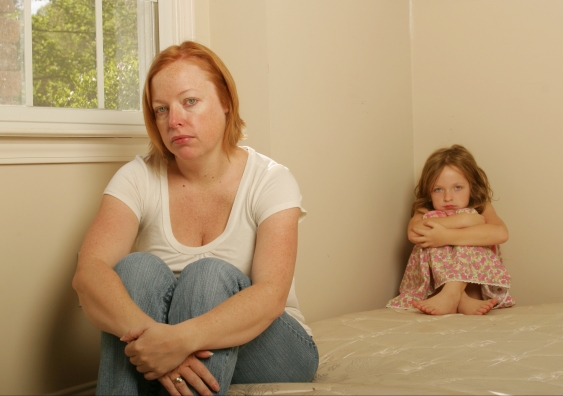 OPINION: While Australia has a national conversation on domestic violence, some of the harms of this violence remain in the shadows. The ways violence degrades women’s financial status and access to economic resources are particularly poorly recognised.

Our research provides evidence for what many domestic violence practitioners have observed for decades: violence and financial abuse contribute to extreme levels of financial hardship and risks of poverty.

These economic effects resonate throughout women’s lives and across generations. Governments, businesses, non-government organisations and others can do much more to prevent and tackle them.

Domestic violence is an economic harm

Using data from the Journeys Home survey, we examined low-income women’s experiences of violence, housing, work and financial wellbeing between 2012 and 2014.

Violence affects women across socioeconomic circumstances. But these women’s histories of social security receipt and housing stress made it especially difficult to rebound from the financial loss associated with partner violence. Australia’s social safety net is not doing nearly enough to mitigate the economic harms of violence.

Among the 765 women in the study, those subject to partner violence fared much worse on financial hardship measures than others. For example, the women exposed to violence were:

The financial impacts of violence were much worse for women subject to prolonged or repeated violence. This underlines the importance of early response.

By 2014, the women who had reported partner violence more than once in the survey period were under extreme financial strain. They were also less likely to be in paid employment. This made it difficult to carve pathways out of violent relationships.

Awareness of economic abuse is increasing.

Economic and financial abuse now feature alongside physical and emotional abuse in the family violence legislation of four Australian jurisdictions. Victoria’s Royal Commission into Family Violence provided apt recommendations to inform change in that state and beyond.

Some services had close partnerships with financial counsellors or local Centrelink officers to help with access to payments or emergency relief. However, levels of support available usually fell short.

And, in the world of work, some employers are helping protect working women from the loss of earnings incurred when seeking a restraining order or taking other safety measures, including through paid domestic violence leave and other employer supports.

While a promising range of initiatives exist, these tend to be localised, disjointed and under-resourced. There is no mechanism to identify good practice, nor take it to scale.

Many programs rest on small, one-off grants, with few prospects for securing ongoing funds or for expanding supports – even for high-quality services.

Fragmented provision means women in similar circumstances have access to vastly different supports. Many survivors find what they need through “lucky referrals” to innovative services, rather than an equitable, co-ordinated safety net.

Our key interviewees described an urgent need to build awareness and change within and across multiple service systems. This is by no means an easy task. Initiatives need to be co-ordinated and cross-sectoral, including specialist domestic violence crisis responses, housing, Centrelink, child support, access to legal representation and the Family Court.

Further change is also needed in paid work, among employers and employment service providers, so that women can get and keep jobs that provide them with independence and resources to avoid and leave bad relationships. Improvements are needed in the banking sector, among phone and utility providers, and other sources of household debt.

Good practice should be documented, shared and resourced, so the many effective small-scale initiatives can operate at the scale needed to achieve real change.

Without this, women will continue to unfairly pay the costs of violence.

The National Sexual Assault, Family & Domestic Violence Counselling Line – 1800 RESPECT (1800 737 732) – is available 24 hours a day, seven days a week for any Australian who has experienced, or is at risk of, family and domestic violence and/or sexual assault.