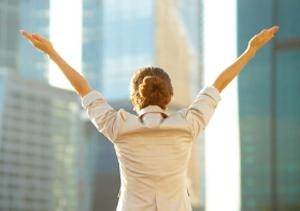 The Safe at Home, Safe at Work? National Domestic Violence and the Workplace survey, conducted in 2011 by the Centre, resulted in the provision of an extra 20 days of paid leave annually for workers affected by domestic violence, the world's most progressive workplace deal on family violence.

The survey, funded by the Commonwealth Department of Education, Employment and Workplace Relations, showed that one in five domestic violence victims experienced continued harassment from their partners at work, resulting in absences, staff turnover and low productivity.

Australian Council of Trade Unions Secretary Dave Oliver announced yesterday that the one million mark had been reached, and he commended the work of the GRVS.

Safe at Home, Safe At Work Manager Ludo McFerran said she has been working towards this result for two decades.

UNSW was one of the first supporters of the scheme along with other major employers including the NSW public service, more than 20 Victorian councils and the Tasmanian government.

McFerran has been meeting unions and activists from Europe and Canada and said there had been strong international interest in pursuing the scheme.

''Australia is being applauded internationally,'' she said. “We are now seen as the model for assuring standard, enforceable and non-discretionary protection.”

Workplace Relations Minister Bill Shorten will launch an information booklet developed by the GRVS for employees who are not yet covered by the scheme in Melbourne this month.

Domestic violence now at home in the Fair Work Act