There is a direct link between domestic violence and productivity in the workplace, a UNSW study has found. 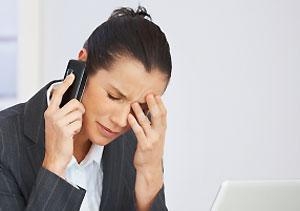 There is a direct link between domestic violence and productivity in the workplace, with one in five victims experiencing continued harassment from their partners at work, a UNSW study has found.

Safe at Home, Safe at Work? National Domestic Violence and the Workplace, conducted by UNSW’s Centre for Gender Related Violence Studies in the Faculty of Arts and Social Sciences, confirms that domestic violence affects employees capacity to get to work and their performance, productivity and safety.

The majority of the respondents were women (81%), two-thirds were in full-time employment and nearly two-thirds (64%) were over 45.

Nearly a third of the 3,600 respondents had personally experienced domestic violence, with half of those reporting that the violence prevented them from getting to work. Reasons given included being physically injured or restrained, keys being hidden and partners failing to care for children.

Domestic violence in the workplace took the form of abusive phone calls and emails, and the partner physically coming to work. The main reported impacts were being distracted, tired or unwell, needing to take time off, or being late for work.

“Having a job and staying economically independent is critical to surviving a violent relationship,” said the Centre’s Ludo McFerran. “Our goal is to reduce the impact of domestic violence by supporting the victims to stay safely in their homes and in their jobs.”

The survey was distributed through unions to encourage the introduction of domestic violence provisions in enterprise agreements.

The survey was undertaken as part of the Domestic Violence Workplace Rights and Entitlements Project conducted by the Centre and funded by the Commonwealth Department of Education, Employment and Workplace Relations.

Domestic violence now at home in the Fair Work Act