We need to redouble efforts to support young people when they transition from foster care, writes Elizabeth Fernandez. 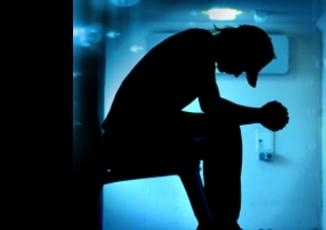 OPINION: When children in foster care turn 18, they are expected to become independent, autonomous adults, and are discharged from care.

The period of transition from care which coincides with early adulthood is a difficult time for most young people, so it’s not surprising that the outcomes are poorer for vulnerable youth such as young people leaving care.

Rather than withdraw the supports and structures that have provided stability and support, young people in care should have the option to remain in care until the age of 21, or be better supported to transition to independence, just like their peers.

The life chances of people leaving care are reduced considerably by poor educational attainment, with low rates of HSC completion and few staying on at school beyond 16 years. This is attributed, in part, to the movement and disruption experienced while they are in the care system.

A 2007 New South Wales government study that measured the outcomes of young people in the five years after they left care, and compared them with their peers of the same age found:

Being in care also raises issues of identity and self-concept, especially for Indigenous children. Children may know little about their past, about the circumstances surrounding their entry to care, reasons for movements in care, and how they came to be separated from siblings. Instability in their care arrangements also impacts on their ability to form and sustain relationships that are crucial to their sense of identity, self-esteem and belonging.

Of course, care leavers are not a uniform group. They enter care at different ages, have different pre-care backgrounds of maltreatment, spend different episodes of their life in care, and have different experiences of care quality. They may have found their care helped them and provided a safe environment, or conversely, they may feel it further contributed to their problems.

Easing the transition to adulthood

Compiling research on leaving care from 16 countries, British social work researcher Mike Stein suggests these young people are expected to transition to adulthood far younger and in far less time than their peers in the community. And they have little option to return to care if things don’t work out. In other words, their journey to adulthood is “accelerated and compressed”.

A sample of comments from Queensland’s CREATE Foundation 2013 report card are illustrative:

I don’t know what is going to happen to me, and I don’t feel that is right for young adults at 18 years old to leave care. I think it is too early. (female, 17 years)

Most other kids have their parents to fall back on if they need some money help like with getting a house, and I don’t have that. If I got a house and for some reason had to leave, like a house mate moved out and I couldn’t afford it. (female, 17 years)

Just feel kind of scared, because it’s a first time and it’s another step for me moving into the real world. (male, 17 years)

Clearly, young people leaving care should be afforded opportunities for more gradual transitions akin to the experience of same-aged peers in the general population. Such opportunities are best provided by extending care placements: not only will the young person already be settled, they’ll have an established relationship with carers or staff who can support them into tertiary education, vocational training, or into halfway transitional supports or shared care.

There is international consensus that young people in care should be supported well into young adulthood. Australian research shows investing in such support also delivers a cost benefit by averting potential harms caused by an abrupt exit from from care.

We need to redouble efforts to support young people transition from care, or to remain in care for longer periods.

In the United Kingdom, for example, leaving care models include assistance with accommodation, finance, education, building support network and allocation of a “personal adviser” who executes a needs assessment and pathway plan.

In a similar vein, several states in the United States have policies that allow young people over 18 who have left the system to return to care. This recognises the reality that their non-care contemporaries return to their parent home after their initial leaving home experience.

In Australia, leaving care programs emphasise the development of self-care and practical skills, and in some instances, provide assistance with housing and material support, with the main goal supported, independent living.

But while individual state governments have implemented specific initiatives to assist young people transition to independence, much remains to be done before, during and after leaving care.

Leaving care needs to be managed as a process rather than an abrupt event. An extension of supported care arrangements until the age of 21 would be a good start to approximate the support parents in the community provide to their children who “move out” to independent living.

Further, leaving care and aftercare supports should be entrenched as a distinctive and core component of state-based out of home care legislation to ensure these services are provided to those in need.

Elizabeth Fernandez is a Professor of Social Work at the Social Policy Research Centre, UNSW.