As the terms-of-trade boom unwinds, Australia needs an enterprise-friendly push for productivity growth and competitiveness. But the fundamental lessons of the past appear to have been forgotten, writes Wolfgang Kasper. 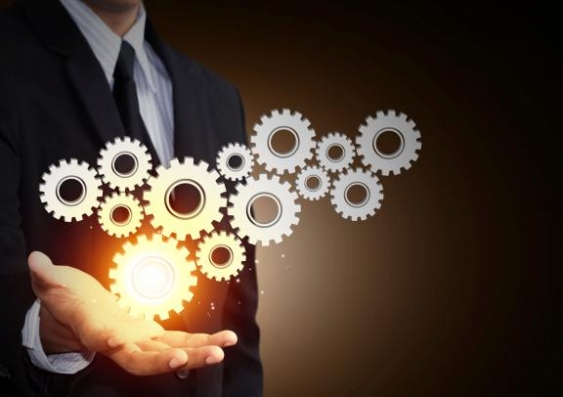 OPINION: The Abbott government’s focus on demand restraint by budget discipline has not been going down well with the public, important though it may be.

The present is in many respects reminiscent of the Fraser era, when the political response to Gough Whitlam’s spending spree and the oil crisis was an obstinate persistence with protectionism and monetary masochism. What was needed was trade liberalisa­tion and freeing up of labour and capital markets — in other words, concentrated attention to supply-side policies.

The supply apparatus of the Australian economy was far too regulated and rigid to respond constructively to evolving changes. Entrepreneurs met num­erous obstacles and were discouraged from responding creatively to opportunities. Every minor downturn in demand led to renewed rises in unemployment; every weak cyclical upswing failed to produce sufficient jobs.

Now, the long terms-of-trade boom is unwinding, but the fundamental lesson of the past seems to have been forgotten. Government economists focus on the macro-mechanics of demand management with little concern for the micro-economics of risk-taking, innovation, competition and enterprise. I note a marked decline in the entry rate of new businesses in Australia, by about one-third since 2000. This is frightening because the “birthrate” of new businesses is a good predictor of economic vigour, be it in the next decade or a region.

What is needed to supplement the bleak budget narrative is hope-inspiring action to free the dormant forces of enterprise by a bold political effort to push growth obstacles out of the way. This is doubly urgent because the successful free trade deals with Japan, South Korea and China will expose Australian producers to new competition.

Freer trade and investment bring great potential for new growth and job creation, but these benefits are rarely automatic. They should be facilitated by ­supply-side reforms. Policymakers seem to have forgotten how the partial micro-economic reforms of Bob Hawke and Paul Keating, and John Howard and Peter Costello, contributed to our economic successes in exploiting the opportunities of globalisation.

Our prosperity is built on science and technology, as well as sec­ure property rights. Recurrent Marxian crises of capitalism — such as the post-Whitlam situation — have always been caused by rigid adherence to old technologies and resistance to new ones. We cannot afford to be mesmerised by fears of fracking, genetic modification or nuclear power.

Australia is also rich in land. Why not add value to some of it by building houses and apartments and “exporting” them — we should stop agitating against foreign buyers who want to own a little piece of Australia and enjoy our good social climate.

We also could learn from international experiences that it is often wasteful to supply public services — such as housing, health and education — through government-owned, bureaucrat-run quasi-monopolies. If governments are to provide equitable access to, say, health and education services, this does not require their production by the state. Access can often be provided more effectively by tax-funded vouchers, for which diverse private suppliers compete. Overseas experiences with trust hospitals and charter schools deserve the attention of reformers.

New information technology also enables more efficient production and acquittal of services, which account for four-fifths of all we produce and demand. A push for growth also requires an overhaul of taxes and welfare subsidies to ensure incentives to work and invest are not artificially subdued.

Our federation needs to be rid of federal-state conflicts over public finances. Not only should many tasks of government be completely devolved to the states (and local governments) but states should raise their own taxes. Australia would be a stronger international competitor if we had more administrative interstate competition. May the best state win!

A push for productivity growth is not be easy. It requires bold thinking and strong and intelligent political leadership to tackle the many self-seeking interest groups committed to defending the superseded ways of yesteryear. But would it really be easier to face the current political stalemate and a repeat of the uninspiring post-Whitlam/Fraser era, with its persistent unemployment and destructive interest rates?

Wolfgang Kasper is emeritus professor of economics at UNSW.

Trust is not the only deficit

Actions to avoid unemployment in a post-coronavirus economy