A group of donor-conceived and surrogate-born people have spoken out at the UN in a renewed push to improve the rights of access to biological information. 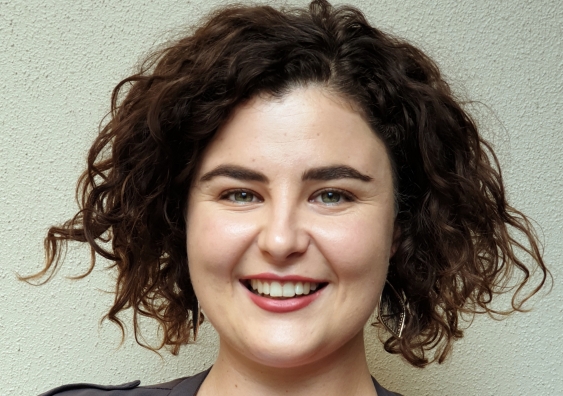 Giselle Newton, a PhD research student at UNSW, is one of 16 donor-conceived and surrogate-born people from around the world who are leading a renewed push to change laws which govern their access to information about their genetic heritage.

For the first time, the group told their own stories at a historic visit to the United Nations to mark the 30-year anniversary of the Convention for the Rights of the Child in Geneva on November 19.

They presented their five recommendations* to the Human Rights High Commissioner Michele Bachelet, and received a standing ovation from the audience.

“We highlighted the consequences of ignoring the voices of those most affected by these practices,” Ms Newton says. “Donor-conceived people are experts on this issue and our voices need to be listened to and acted upon.”

International Social Services representative Mia Dambach led the workshop on biotechnology at the UN, and says there is an urgent need for the development of global standards.

“It is hoped that this will not be the last time the voices of those most affected are heard – representing as many experiences as possible,” Ms Dambach says.

Ms Newton was conceived in the Northern Territory by sperm donated in Western Australia, before being born in NSW.

She says her parents did the right thing by telling her at a very young age that she was donor-conceived.

“From day dot, it’s really important for children to know they were donor-conceived,” Ms Newton says. “And that they have the ability to contact donors and donor-conceived siblings.”

In Australia, laws differ between the states. Victoria is leading with legislation implemented in 2017 that allows all donor-conceived people the chance to retrospectively access information about their biological parents.

“It would be good if other states really pull up their socks and follow suit,” Ms Newton says.

But in NSW, recent changes to legislation allow donor-conceived children born after January 1, 2010 the ability to track down their biological parent(s), once they turn 18. Those born before this date can only access non-identifying markers such as the ethnicity, physical characteristics, medical history, and the sex and year of each of the donor’s offspring.

In WA, once a donor child turns 16, records relating to his or her lineage are open for them to access. But for those born before 2004, they need to have the donor’s permission before they can obtain the missing pieces to their biological puzzle.

It is this emotional element that US doctor William Pancoast did not foresee when he made the first successful experiment by artificially inseminating a woman with the sperm of one of his most attractive medical students in 1866.

In her doctoral thesis at UNSW’s Centre for Social Research in Health, she will examine what services and support are available to donor-conceived people with a particular focus on the role of peer support in online and offline contexts.

“I am really fascinated by the idea of how connection with peers can contribute to a sense of belonging,” she says.

UNSW Associate Professor Christy Newman has highlighted the importance of Ms Newton’s research for the support needs of donor-conceived adults. She hopes it will help inform policy and practice responses to this “increasingly growing group of people in Australia and around the world”.

Ms Newton will be recruiting donor-conceived people to participate in a national online survey and interviews in early 2020.

(To participate or find out more about the study)

Netherlands-based Joey Hoofdman was among those who participated at the UN conference in Geneva. Mr Hoofdman found out he has at least 75 half-siblings via the doctor who treated his parents for fertility problems in the 1980s. The 32-year-old only discovered in 2017 that he was donor-conceived.

Mr Hoofdman says he blames his biological father for having crossed a medical-ethical boundary by using his own sperm during a time when there was insufficient supervision and a lack of regulation.

“We need to make agreements on an international level so we can prevent this from ever happening again”.

Ms Newton, Mr Hoofdman and others put forward the following to the UN:

1) Ensure the right of donor-conceived and surrogate-born children to access information about their identity and origins regardless of when these children were conceived and born, and to preserve relations with their biological, social and gestational families.

2) Ensure that comprehensive and complete records of all parties involved in the conception of the child be held by the State in perpetuity for future generations.

3) Respect and promote the full and effective enjoyment of all the rights of donor-conceived and surrogate-born children in both the immediate and longer terms.

4) Ensure that the best interests of the child be the paramount consideration in all relevant laws, policies and practices and in any judicial and administrative decisions. This requires a best interests assessment pre-conception on a case-by-case basis.

5) Prohibit all forms of commercialisation of gametes, children and surrogates including, but not limited to, the sale and trafficking in persons and gametes.