There are four significant drivers of crime that must be addressed to reduce the victimisation and incarceration rates of Indigenous Australians, write Marcia Langton and Josephine Cashman. 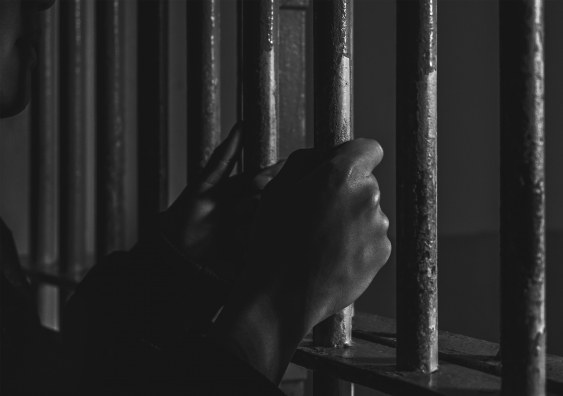 Despite making up only 3% of the overall population, Indigenous Australians are twelve times more likely to be incarcerated than the wider community. Photo: Shutterstock

OPINION: The campaign to reduce the number of Indigenous people in prison tends to miss the point.

The majority of Aboriginal and Torres Strait Islander prisoners are in jail for assaults and sexual assault and, on average, for each Indigenous prisoner, there are two Indigenous victims.

Most victims are Indigenous women. These facts should force us to raise the question: what about the victims? We must consider the consequences of not applying the law and sentencing practices equally to Indigenous offenders who commit acts that injure women and children.

If the demand is that they should not be sentenced in the same way as other Australians who commit the same crimes, then the conclusion cannot be avoided that the lives of Indigenous women, children, and other victims simply do not matter.

Twenty-five years after the Royal Commission into Aboriginal Deaths in Custody, the proportion of Indigenous prisoners has almost doubled.

Indigenous Australians make up about 2.5% of Australia's population yet account for 26% of the nation's jail population, according to the Law Council of Australia. In 2012 Aboriginal and Torres Strait Islander adults were imprisoned at a rate 15 times higher than that of non-Indigenous prisoners.

It is a striking statistic that the most common offences committed by Aboriginal and Torres Strait Islander prisoners were "acts intended to cause injury" followed by "unlawful entry with intent". Alarmingly, in many jurisdictions the next most common is sexual assault offences.

The Law Council of Australia and Amnesty International, among others, have become involved in the Change the Record campaign organised by the National Justice Coalition and are reaching out to governments and the public arguing that Indigenous incarceration rates should be radically reduced.

Their intentions are laudable, especially as the already extraordinarily high incarceration rates continue to grow. Nobody could disagree in principle.

Well-meaning people caught up in the campaign often criticise all governments equally and sometimes incorrectly. We are particularly impressed with programs in the Northern Territory that are working to reduce recidivism rates. We are recommending that the NT's Sentenced-To-A-Job program – which involves scores of NT businesses employing prisoners – be implemented in all jurisdictions.

Other programs that complement this work are also working. Literacy and numeracy training in prison may come too late, and people rightly ask why these programs are not in place for Aboriginal people who do not commit crimes.

It's a fair point but one obvious answer is that parents need to understand that regular school attendance (so that children have skills and opportunities in life) will keep them out of the criminal justice system.

Teaching children why it is necessary to obey the law is another critical part of the answer. Ensuring that Aboriginal people receive road safety and automobile driver responsibility training, and obtain driver's licences, is another.

What is not widely reported is that the victims of these prisoners are ignored.

Many believe that Indigenous people are continually trapped as victims of racism in the criminal justice system. What is not widely reported is that the victims of these prisoners are ignored.

In the Northern Territory, for example, where the imprisonment rates are the second highest after Western Australia, most Indigenous offenders are in custody for serious violence offences, property offences and a surprising number of sex offences.

Courts thus have a statutory responsibility to balance many factors, such as examining in a bail application the rights of the accused to be at liberty, against the safety of complainants and communities.

While a range of factors including family violence, communication barriers, remoteness, and economic disadvantage influences community safety outcomes, there are four significant drivers of crime within Indigenous communities.

We recommend that drug and alcohol abuse, poor parenting, poor school retention and performance, and unemployment must be addressed to improve Indigenous community safety, combined with activities to support victims of crime and reduce recidivism among offenders already engaged with the criminal justice system.

Professor Marcia Langton and Josephine Cashman will discuss this issue at a free public forum hosted by the UNSW Law Society tonight (Monday 9 May) from 6pm. Register here.