'Please don't abandon us now' was the simple message from a delegation of female Afghan MPs during a recent visit to Australia, write Susanne Schmeidl and Laura Shepherd. 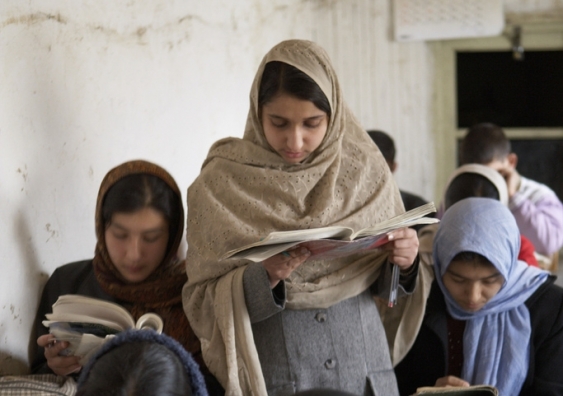 OPINION: A delegation of female Afghan MPs had a simple message for the government during a recent visit to Australia: "Please don't abandon us now."

There are many compelling reasons for us to listen, not least of which is the key role Australia has played in encouraging Afghan women to campaign for their rights, following their abject subjugation under Taliban rule.

It's difficult to overstate how much courage it takes for an Afghan woman to stand up in the trenches as the forces of violent extremism are once again taking hold. Despite some very important gains since the fall of the Taliban in 2001, Afghanistan remains one of the worst, and most dangerous, places in the world to be a woman or girl, by any measure.

Although impressive advances have been made in education, boys still outnumber girls in school attendance by nearly two to one and the education gap shows no signs of closing, especially beyond primary school.

Most women experience domestic violence (87 per cent), one in 11 Afghan women dies in pregnancy or childbirth, most women do not live to see their 50th birthday and the threat of violence against female politicians and activists – or even women or girls simply going to work or school – has grown exponentially over the past few years.

Now, Afghan women and children are again facing acute uncertainty as Western armed forces – and aid donors – scale back. By 2015-16 Australia's aid alone to Afghanistan will have shrunk to just 40 per cent of what it was only four years ago.

Australia's armed forces ended their military mission in Afghanistan in December 2013, but some 400 Australian military personnel remain in training roles. The US has extended the stay of its 10,000 or so troops, but they are due to be pulled out by the end of 2016.

The handover from an international security force to local commanders and boots on the ground is a critical stage in Afghanistan's transition to an independent and autonomous state, despite much debate over the readiness, or otherwise, of Afghanistan's political, legal and security infrastructure.

The military draw down, however, should not come at the expense of the protection of women's rights. Nor should it correspond to a sharp drop in Australian development and humanitarian aid.

Australian development assistance to Afghanistan this financial year was $130.9 million, down from a peak of almost $200 million in 2011-12. Further cuts in the recent federal budget mean Australian aid to Afghanistan will fall sharply again, to $81.7 million for 2015-16.

Australia, like other Western nations, has worn its mission to support and empower women and children in Afghanistan as a badge of honour. As recently as 2012, Prime Minister Tony Abbott – then the leader of the opposition – declared the presence of the Australian military meant "more girls go to school, more rights for women". The then Labor government was promising to lift aid to $250 million a year by 2015 .

The raison d'etre for the international military intervention in Afghanistan was always the global fight against terrorism following the attacks on the US on September 11, 2001, but the restoration of women's rights and safety which was comprehensively and brutally denied under the Taliban, lent that mission an undeniable moral authority. Australia's substantial military presence in Oruzgan province, for example, was critical to the roll-out of our flagship civilian aid projects funding health and education services for women and children. This progress is, however, already under threat. Six healthcare clinics were recently forced to close in the province due to rising insecurity which raises the urgent question about the sustainability of the humanitarian and development work undertaken by Australia and others in Afghanistan.

There are no simple answers. But it is clear after so many decades of war, change takes time. Fourteen years is not long enough. Having played a role in instigating change, Australia can't now back away and sacrifice the interests of Afghan women and children to our domestic fiscal concerns.

There are some practical steps Australia can take.

Australia's advisers to the Afghan National Security Forces could promote gender sensitivity training for lawmakers, policymakers and armed forces and police. We could also tie ongoing development aid to programs to train and support female police officers, judges and lawyers, who could make a big difference on the ground.

What Australia and other Western nations do now, at this fragile juncture, will determine whether all that fine rhetoric about the future of Afghan women and children was sincere, or merely window dressing for a largely self-interested military mission.

Laura Shepherd is associate professor of international relations at UNSW. Dr Susanne Schmeidl is a lecturer in development studies at UNSW who has worked in Afghanistan since 2002. This opinion piece was first published in the Sydney Morning Herald.

Painful histories must be acknowledged to achieve lasting peace