Opinion Drone strikes and civilian protection: why Australia must take a stand

It is imperative that Australia use its position on the UN Security Council to speak out about the use of drones, write Laura Shephard and Caitlin Hamilton. 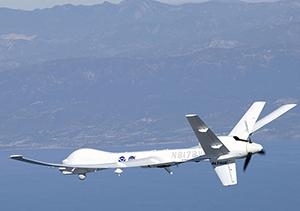 OPINION: After over a decade of lobbying and at least three years of protracted negotiations, an overwhelming majority of the United Nations General Assembly voted to adopt the Arms Trade Treaty (ATT) in late March.

The treaty prohibits the transfer of conventional arms where the state knows that the weapons will be used to commit international crimes, including genocide, crimes against humanity and attacks on civilians.

During the negotiations over the final text of the ATT, Australian foreign minister Bob Carr reiterated Australia’s humanitarian concerns and its intention to advance the agenda of civilian protection. In that same statement, Carr indicated the trade and use of light weapons, stating that it undermines the “security, stability and welfare of communities around the globe”.

Australia showed effective global leadership in advancing the protection of civilians through its extended diplomatic efforts to secure a robust treaty. If it is truly committed to this agenda, the government should make every effort to lead international efforts to limit the use of drone strikes when Australia takes the presidency of the United Nations Security Council in September.

Small arms and light weapons have acted as force multipliers in intra-state and inter-state conflict, amplifying violence and the threat to civilians. The United Nations Office for Disarmament Affairs (UNODA) notes that:

The devastating effects of small arms on civilian populations are self-evident, and the ATT is a significant step towards diminishing their availability.

UNODA describes small arms and light weapons as facilitators of terrorism and notes that their use contributes to the creation of fear and insecurity. This is one of the reasons their trade should be closely regulated and that we should seek to eliminate their circulation. But small arms and light weapons are not the only forms of military hardware that induce terror and create fear.

The use of drones severely compromises human security and has a detrimental impact upon the psychological and physical wellbeing of civilian populations. The Bureau of Investigative Journalism has collated data on the casualties and fatalities incurred as a result of United States drone strikes. They estimate that over 1,000 civilians have died in the past decade in Pakistan, Yemen and Somalia as a result of drone strikes, including over 200 children.

On April 23, Farea Al-Muslimi, a young man from Wessab in Yemen, made a statement to the United States Senate Judiciary Subcommittee on the Constitution, Civil Rights and Human Rights. In this statement he explained the impact that drone warfare has had upon his life and the lives of his family, friends and neighbours.

Six days prior to his presentation, a missile released by a US drone hit Wessab, aimed at Hameed Al-Radmi, a man who was reportedly affiliated with al-Qaeda in the Arabian Peninsula (AQAP). The inhabitants of Wessab, in Al-Muslimi’s words, wanted:

to question him and find out what he was doing wrong so they could put an end to it. They still don’t have an answer to that question. Instead, all they have is the psychological fear and terror that now occupies their souls.

Others have described how drones have hit rescuers, meaning that people are increasingly less likely to assist those wounded by the weapons for fear of multiple strikes, and those attending funerals.

The US government has never publicly outlined its doctrine on the use of drones, but a cache of leaked documents suggests that threat identification happens on an ad-hoc basis and often using sketchy intelligence at best. Over half of the targets in Pakistan during the periods covered by the leaked documents (2006-8 and 2010-11) were local militants unaffiliated with transnational organisations, who therefore posed little or no threat to the US.

The effects of these strikes on civilian populations are devastating. In his testimony, Al-Muslimi repeatedly referenced the terror experienced by his friends and neighbours. The widespread fear and insecurity is caused by the scale of the devastation left behind: after one strike, Al-Muslimi recounts that “the bodies were so decimated that it was impossible to differentiate between those of children, women and their animals”.

On the Security Council, Australia has a platform from which to challenge the use of drones and to demand accountability for the destruction they cause. In the light of the government’s commitment to civilian protection – recently put to such good use in the ATT negotiations – it is imperative that the government use its position to speak out about drone usage in the same way that it spoke out against small arms. Both forms of weaponry have the same effects: they both cause human insecurity; they both spread fear; they both destroy the livelihoods of communities and take the lives of individuals.

Effective protection of civilians cannot be achieved solely by taking small arms out of the equation in localised conflicts. Civilian protection requires a firm commitment to human rights, including the right to live free from fear of arbitrary violence.

As long as drone strikes continue unchallenged, and as long as the destruction that they rain upon civilian populations is not held up to international scrutiny, a commitment to the protection of civilians will be a hollow commitment indeed.

Laura J. Shephard is an Associate Professor of International Relations in the School of Social Sciences, UNSW. Caitlin Hamilton is a Doctoral Researcher at UNSW.

Good to have a seat at the table