Opinion With Dutton in Defence, the government risks progress on climate and Indigenous affairs

These issues matter to our strategic allies, particularly in the Pacific. Dutton's climate change scepticism and attitudes toward First Nations people could be damaging. 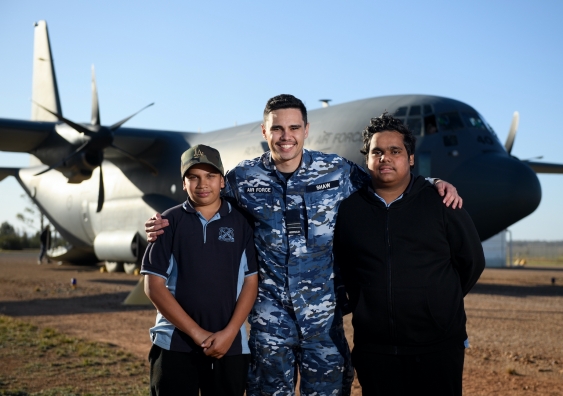 Tjapukai Shaw, the Air Force’s Indigenous liaison officer, on an outreach mission to Indigenous communities in a remote part of NSW in 2019. Photo: Dan Himbrecht /AAP

With Peter Dutton recently shifting into a more outward-facing portfolio as Australia’s new Defence Minister, we must begin to assess his past actions and statements through an international policy lens.

Placing someone like Dutton – a strong political partisan with a litany of controversial views – in the defence role has the potential to damage the department’s ability to achieve some of its long-term strategic objectives.

The Defence portfolio is no longer concerned solely with Australia’s participation in conflicts overseas or our national self-defence. In recent years, Defence has been forced to grapple with non-traditional security issues, such as climate change-related disaster relief, as well as the current pandemic. It has also put a concerted effort towards engaging more with First Nations communities.

These issues matter to our strategic allies, particularly those in the Pacific. Dutton’s climate change scepticism and attitudes toward First Nations people could prevent meaningful cooperation with many nations. 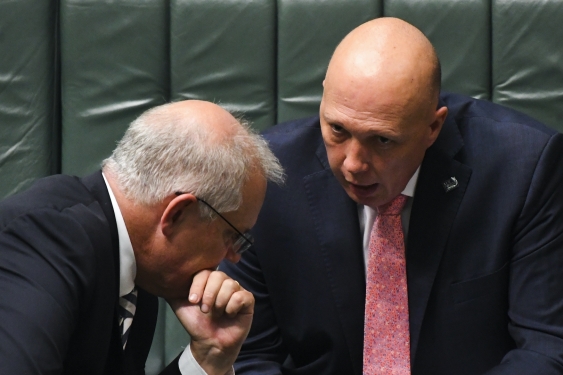 Dutton’s statements on climate change and First Nations people need to be examined as he takes on a new portfolio. Photo: Lukas Coch/AAP

For the Pacific Islands, climate change is an existential security threat, affecting not just their economies, but their homes. To have any hope of engaging successfully with the region, the Defence Minister needs to be aware of the security threat climate change poses — and plan for the worst-case scenarios. A destabilised Pacific puts Australia at risk.

Pacific Islanders are also increasingly critical of the lack of First Nations people in Australian politics and policy-making, seeing it as a barrier to relationship building.

Australia’s domestic politics influence its relationship with its neighbours. So it’s worth questioning whether Dutton was the right choice and if he could do more harm than good to Australia’s vital security alliances.

Read more: Despite its Pacific 'step-up', Australia is still not listening to the region, new research shows

Why engagement with First Nations people matters to Defence

The Defence Department’s strong relationships with First Nations communities and organisations are important for a number of reasons.

First, there is the strategic benefit of recruiting more First Nations people to the armed forces – something the department made a priority in its 2016 White Paper. The Australian Defence Force, as part of its commitment under its Reconciliation Action Plan, wants First Nations people to reach 5% of total recruits by 2025 – well above population parity – and roughly in line with the federal government’s own employment targets.

First Nations interests over land and sea are also of importance to defence. First Nations retain control over, in some form or another, more than half of this continent, with large portions in northern Australia. This region is of strategic interest to our national security, and defence has long understood this.

As recently as 2018, the Office of Northern Australia noted the region’s role as a focal point for Australia’s national security, including energy, resources, maritime, biosecurity, economic and trade, immigration, and border control.

Working to secure this area, the office said, involves developing strong relationships with First Nations communities and businesses to build the “capacity and capability of our defence industry across the north”.

As colleagues of ours have noted, the government recognises that working with Aboriginal and Torres Strait Islander communities to build trust – and involving them in this project in the north – “will provide economic and security benefits to the region”. 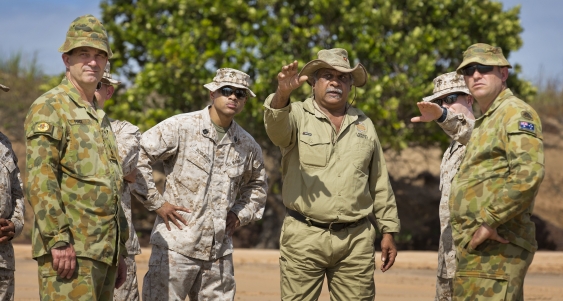 Even as reconciliation and true First Nations justice remain elusive – especially with the absence of a constitutionally enshrined Voice to Parliament – Defence has been making strides in its engagement with First Nations people. The appointment of Dutton, who has a long history of disregarding us and our voices, could very much set these efforts back.

In 2008, for instance, Dutton was one of very few MPs who boycotted the parliamentary apology to the Stolen Generations. In the years following the Uluru Statement from the Heart, he has consistently mischaracterised a Voice to Parliament as a “third chamber”. And as home affairs minister, he criticised a High Court ruling expanding First Nations rights as something which “essentially creates another class of people”.

All of these examples are indicative of someone who is not attuned to the wishes, views and cultures of First Nations people, and someone First Nations communities are unlikely to be happy working with. Can defence continue to pursue these important relationships with Dutton as minister?

No room for climate change scepticism

Moving beyond Australia, Dutton also falls short on climate change. The UN has called climate change the “greatest threat to global security”, and the ADF has recognised that deploying troops on numerous disaster relief missions simultaneously may stretch our capabilities and capacity.

It is important for our Defence Minister to be someone who not only believes in climate change, but also appreciates the security risks.

But here, too, Dutton’s past raises doubts about whether he is the person for this job. In 2015, he was caught making jokes about the risks of climate change in the Pacific. Discussing the Pacific Islands with then-Prime Minister Tony Abbott, Dutton said “time doesn’t mean anything when you’re about to have water lapping at your door”. 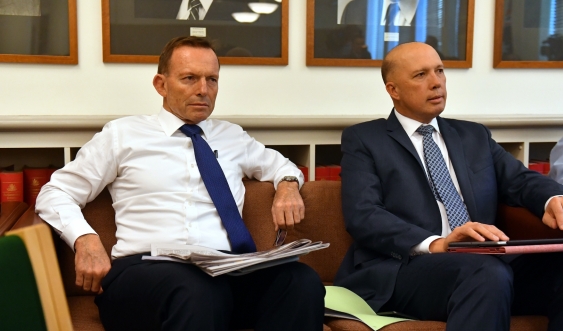 This attitude runs counter to the ADF’s increasing recognition of the effects of climate change.

The 2016 Defence White Paper, for instance, highlights the role the ADF plays in emergency responses to natural disasters in Australia, such as bushfires and floods. We saw this last year during the Black Summer bushfires – Defence provided vital support to communities through its Operation Bushfire Assist response.

By installing Dutton in the defence role, the Morrison government risks setting the department and the ADF’s work back many years. Without a proper understanding and appreciation of the threat of climate change, Defence will be unprepared to handle the increasingly serious challenges we face.

While Dutton’s statements and actions by themselves do not disqualify him from serving as Defence Minister, it’s important to look at the totality of his political career and whether he can fulfill the defence department’s – and Australia’s – strategic goals.

For whatever reason Dutton was placed in the Defence portfolio, he will have to reconcile his personal views and previous policy decisions in pursuit of Australia’s broader security agenda.

Political warfare on climate could leave national security at risk