When it comes to the federal government and the Senate, bluster has begotten bluster, writes Mark Rolfe. 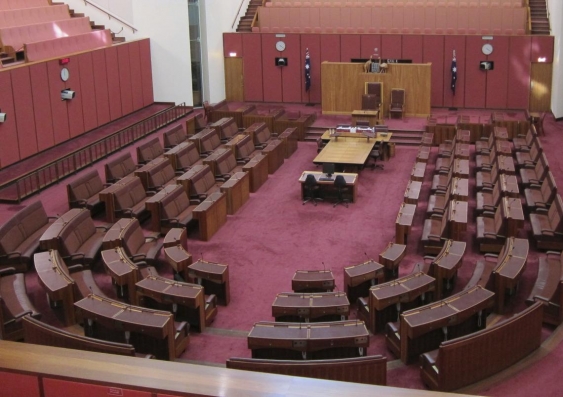 OPINION: Last week, television news presented grabs of former prime minister John Howard arriving in Canberra. It is unknown if Howard was there to share his wisdom with Coalition MPs on how to deal with minor parties controlling the balance of power in the Senate. If he was, it would demonstrate a lack of corporate memory in the Coalition government of how to deal with this situation.

Having to seek advice from Howard would fly in the face of Tony Abbott’s election promise of a team of experienced ministers from the Howard era: Christopher Pyne, Joe Hockey, Warren Truss, Malcolm Turnbull, Julie Bishop, Eric Abetz and Abbott himself. But lessons on how to deal with the upper house have been hard learned by some governments – even by Howard in his first term.

Ever since Labor introduced proportional voting for electing the Senate in 1948, the government of the day has rarely controlled the upper house. Since the Democratic Labor Party’s (DLP) arrival in the 1950s a variety of minor parties and independents have found it easy to gain the lower thresholds of votes to get into the Senate, especially after further reforms under Labor prime minister Bob Hawke.

As a result, the experience of prime ministers Malcolm Fraser in the 1970s and John Howard after 2004 were throwbacks to the first half of the century when governments faced overwhelming support or overwhelming opposition in the Senate.

What the 1948 change did was to accentuate the natural inclination of federal parliament. Australia has two chambers of almost equal powers. The only difference is that the Senate cannot initiate or amend “money bills”.

In effect, Australia’s political system is a recipe for both conflict and co-operation. And it is necessary for any political leader to judge the uses and limits of both aspects.

In that respect, we can expect – but should not take too seriously – parties to spout while in government about their electoral mandate to get policies through, after rightly declaring in opposition their scepticism of the concept – which this government has done on both counts.

The complexities were lost on John Gorton, who was prime minister between 1968 and 1971. Gorton’s way of dealing with people was summarised by a newspaperwith a song by Frank Sinatra – My Way. As Gorton notably said:

I am always prepared to recognise that there can be two points of view – mine and one that is probably wrong.

As such, Gorton sometimes attacked or refused to negotiate with the DLP, upon which his government depended for passage of legislation.

Gorton was brought down by Fraser, who proved not much better at dealing with a minor party when he became prime minister. Admittedly, the Democrats formed from breakaways of the Liberal Party and were led by former Liberal minister Don Chipp, who labelledFraser, Labor’s Gough Whitlam and their parties bastards who needed to be kept honest. Still, Fraser tried to ignore the political upstart.

This changed with the Hawke government. It decided to work with the Democrats, who used the balance of power where they could – that is, only when the Liberal and National parties were opposed – to modify ALP legislation.

Meanwhile, antagonism towards the Democrats seeped through the Coalition souls, leaving them convinced that the Democrats were a pro-ALP or even radically left party. Adversarial rage prevented any appreciation of their small-l Liberal origins or the shift of the political spectrum to the right during the 1980s and 1990s.

When the Coalition returned to government in 1996, its mind was generally set on ideological incompatibility with the Democrats. Although Peter Reith negotiated changes to industrial relations with Democrats leader Cheryl Kernot, there was a reversion to type. Like Fraser, Howard tried to ignore them for the sake of dealing with Tasmanian independent Brian Harradine and Labor turncoat Mal Colston. Howard was more ideologically comfortable with Harradine’s social conservatism than with the Democrats.

The comfort was not to last. After the 1998 election, Howard and treasurer Peter Costello didn’t even consult the Democrats about the GST upon which they had staked their campaign. There was no Coalition plan for concurrent negotiations with different players. There was no plan B when Harradine said no to the GST.

The government was completely unprepared, even though it knew the Democrats had the balance of power from July 1999. Howard and Costello backflipped. They suddenly found the Democrats a delight to work with.

Abbott and current-day treasurer Joe Hockey knew PUP and others would have the balance of power in the Senate from July 2014 but also made no preparations. As crossbench senator Ricky Muir’s senior adviser Glenn Druery said:

Not a single minister, not a single member of the government, has come and knocked on the door and offered to buy us a coffee or have a chat. It should have begun weeks ago. If I could give the government some gentle advice I would say they need a little more empathy with those they have to deal with.

As the debacles of the last two weeks have shown, Druery’s comments were not simply self-serving.

Last October, I posited belligerence as a style of this government which can leave:

… voters with perceptions of ridiculous stubbornness or humiliating backdown.

With belligerence goes bluster, particularly with the range of promises at the election that could not be met or were contradicted by the budget; with the failure to recognise the limits with the Senate; but also in the refusal to countenance the public backlash.

Since last year, the government has manoeuvred itself into this position where its bluster has made it vulnerable to Clive Palmer’s bluster. Bluster has begotten bluster.

Mark Rolfe is a lecturer in the School of Arts and Social Sciences at UNSW.