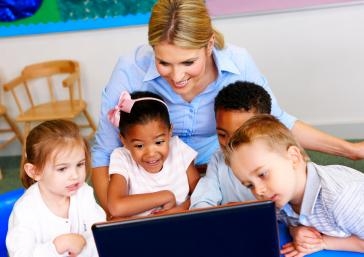 The findings of Early school start - does it have differential impacts for advantaged and disadvantaged children? will be presented at the Growing Up in Australia and Footprints in Time Research Conference 2013 in Melbourne today.

“However, children from families with low levels of education and employment display hyperactivity and experience more emotional and behavioural problems than their advantaged peers.”

The research, based on the Longitudinal Study of Australian Children, studied around 4,000 primary school children in NSW, VIC, ACT and WA over a two-year period.

Disadvantage was defined by various indicators including low levels of maternal education, non-English speaking parents, and unemployed, single parent or low income households. More direct measures of disadvantage such as having fewer than 30 books in the household or children being read to less than 15 minutes per day were also indicators.

“This research is important because narrowing the gaps of both cognitive and non-cognitive skills in young advantaged and disadvantaged children can help align their school learning trajectories, allowing for greater equality in later educational and adult outcomes,” says Zhu.