A parliamentary inquiry is reviewing Australian and East Timorese relations, but is it hearing from the right mix of stakeholders, asks Clinton Fernandes. 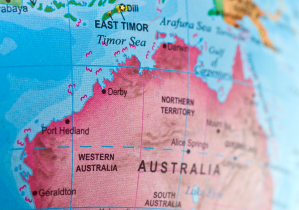 OPINION: A parliamentary inquiry examining Australia’s relationship with East Timor is underway and the proceedings so far do not make for comfortable reading.

The inquiry received 73 written submissions and although some were from government departments, many were from community groups and individuals who have lived in East Timor and have accumulated decades of experience from in-country projects with people on the ground.

One such submission came from James Dunn, who was appointed Australia’s consul in 1961 to what was then known as Portuguese Timor. Dunn’s 1977 report on war crimes and crimes against humanity committed by Indonesian troops was read by an international audience and resulted in him testifying as an expert witness before the US Congress.

Over the last 35 years, Dunn’s expertise has been shared with officials in the United Nations, the European Parliament, the US, the UK, Japan, the Vatican, the International Committee of the Red Cross and other such institutions.

Despite this, Dunn was not invited to address the inquiry. Instead, as Senator John Madigan protested, the opportunity to address the committee was extended “almost exclusively to a narrow group of insiders and bureaucrats”.

Many of those who were invited to speak simply read from or paraphrased their written submissions. Sadly, most of the questions from the committee lacked insight. Rod Brazier of AusAID informing the committee is a case in point:

A few years ago the Timorese government had a great deal of trouble expending their budget..[but] with Australia’s help and the help of others that percentage is approaching the high eighties or maybe around 90% execution.

If this statement is true then it varies dramatically from the understanding of the East Timorese president, who wrote in February 2013 to members of his parliament expressing concerns about budget execution rates. He noted that:

At the inquiry, MP Gai Brodtmann, who is a former employee of the Department of Foreign Affairs and Trade, asked inane questions peppered with corporate buzzwords like “checks and balances”, “accountability” and “transparency”. However, she forgot to ask how AusAID provided a figure of “around 90%” when the East Timorese president stated that the real rate was about 70% and as low as 29%.

The commitee’s chair Nick Champion responded to concerns about the limited, elitist character of the public hearings, saying:

…there will be more before the committee reports, plenty of time to hear from a wide range of witnesses.

The committee will then have to wait for this re-referral before it can proceed. Maybe then there will be a new media release announcing the resumption of the inquiry together with a call for any new or supplementary submissions.

In other words, don’t hold your breath.

It is hard to avoid the impression that the whole point of this inquiry is to get a bipartisan committee to rubber-stamp whatever the Department of Foreign Affairs and Trade has in mind already.

So, how should the Australia’s relationship with one of our nearest neighbours proceed? I’ve made a submission to the inquiry, but I’d prefer to highlight an authentic East Timorese voice, whose views I share. It’s from East Timor’s most insightful and accurate think-tank, Lao Hamutuk, who were not invited to speak to the inquiry:

Australian assistance to Timor-Leste has been far less than the money Australia has received from oil and gas fields…the petroleum reserves under our part of the Timor Sea are essential to improving the lives of our people…they underwrite about 95% of Timor-Leste’s state income and comprise two-thirds of our entire economy.

These limited resources are being purloined by our larger, wealthier neighbour. How can we build better lives for our people while we allow Australia to pocket much of our wealth from the Laminaria-Corallina, Sunrise, Bayu-Undan and Kitan [oil fields]? Is Australia so afraid of a fair boundary settlement that you would rather be a bully than a good international citizen?

These are the kinds of voices that the committee has chosen not to hear from.

Dealing fairly with East Timor is not charity, but justice

We can’t forget the lessons of Balibo

As whistleblower lawyer and witness face charges, deeper secrets are at stake