Opinion Ebola’s ‘other’ victims: how the outbreak affects those left behind

For the 25 million people of Guinea, Sierra Leone and Liberia, Ebola is not just an epidemiological terror, it is also a socioeconomic disaster, write Paul Munro and Greg van der Horst. 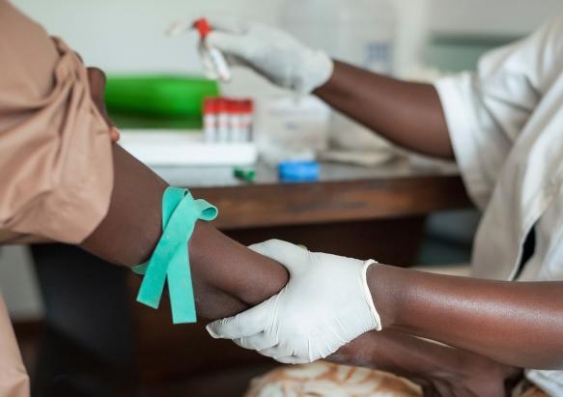 OPINION: Media coverage of the growing Ebola epidemic in Guinea, Sierra Leone and Liberia has presented world audiences with apocalyptic predictions of ultimate death tolls and grisly imaginings of its spread to other shores. But we’ve heard little about the people left behind. What impacts has the epidemic had on their livelihoods?

Consider this story of an okada (motorcycle taxi) driver in the Sierra Leonean city of Makeni. Following the Ebola-related deaths of a number of this man’s relatives, the Sierra Leonean government – not unreasonably – placed him under quarantine for 21 days. When he emerged with clear test results he found that the government had banned okadas from operating, in an attempt to contain the spread of infection.

Despite avoiding infection, the driver was unable to make a living. He later doused himself in petrol (gasoline) to end his life. For this young man and many others among the 25 million people of Guinea, Sierra Leone and Liberia, Ebola is not just an epidemiological terror, it is also a socioeconomic disaster.

Before the epidemic, these three countries were already among the world’s poorest. They ranked within the bottom 5% of the Human Development Index. Five million of their combined population is considered undernourished.

Though the causes are longstanding and complex, one reason for this poverty is the region is still recovering from another disaster, the Mano River Wars (including the Civil Wars of Sierra Leone from 1991 to 2001 and Liberia from 1989 to 1997 and 1999 to 2003). These wars displaced millions, destroyed infrastructure and ruined countless livelihoods.

An important effect of wartime displacement was the meteoric growth of urban centres such as Freetown. In the post-conflict context, many recovering households have become dependent on incomes from serving the needs of new and expanded urban markets.

In Sierra Leone, for example, there is a thriving tradein forest products including construction timber, firewood and charcoal.

Harvested in rural villages, these commodities move through complex transport and trading systems for final sale by thousands of urban vendors. This provides incomes for large numbers in every corner of the country.

The functioning of these economic networks and most others in the region, however, depends critically on both mobility and public assembly. Both of these have been severely constrained by necessary Ebola counter-measures such as quarantines (often of entire cities), highway closures and urban lockdowns. Given the widespread poverty in the region, with people living hand to mouth, this is undoubtedly causing severe impacts on already vulnerable households.

Compounding this issue, schools are closed in all three countries, and are likely to remain so well into next year. This is a major concern for a region with low rates of adult literacy: Sierra Leone 43.3%; Liberia 42.9%; and Guinea 25.3%.

The myriad impacts on already weak health sector systems are also serious. Before the outbreak, Sierra Leone was estimated to have around 120 physicians serving its population of 6 million. This equates to around two doctors per 100,000 people. For a comparison, Australia has around 390 physicians per 100,000.

So far five Sierra Leone doctors have already died from Ebola infection (nearly 5% of the physician population in the country), with more currently suffering from Ebola infections. This not only limits the country’s capacity to tackle the Ebola crisis, but will also have a debilitating impact on the country’s health sector, now and in the future. Many people have already died in the region after avoiding medical care for fear of contracting Ebola.

Similarly, development programs have been halted or cancelled due to health risks to international staff. Despite recent good progress, all three countries were already struggling to meet their Millennium Development Goals. The Ebola crisis has almost completely ensured they will not be reached.

Ultimately, however, it’s clear that dealing with setbacks in achieving regional development priorities is both secondary to, and dependent upon, coping with the immediate effects of near-total economic shutdown.

The Ebola crisis presents a cruel paradox. Efforts desperately needed to contain the infection of thousands are simultaneously causing major, and in some cases severe, economic hardship for a population of millions. The international Ebola response will need to continue well after the crisis has faded from world news reports.

Paul Munro is a lecturer in Environmental Humanities at UNSW.

Greg van der Horst is a PhD Candidate in Resource Management and Geography at University of Melbourne.