Himalayan villages are growing food in the forests, a traditional model that can fight both land clearing and world hunger. 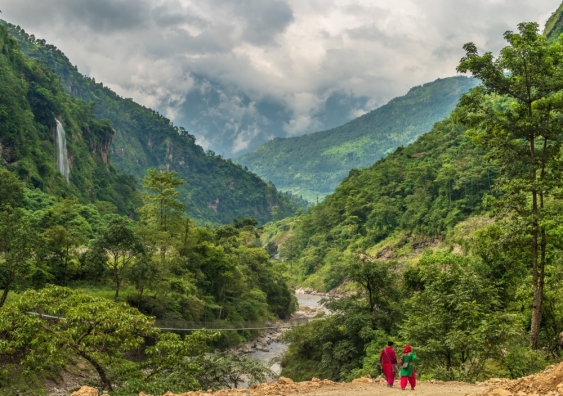 Villagers in the Himalayas are turning to a traditional practice that can slow land clearing and feed people: growing and collecting food from the forests. Image from Shutterstock

Reducing emissions from deforestation and farming is an urgent global priority if we want to control climate change. However, like many climate change problems, the solution is complicated. Cutting down forests to plant edible crops feeds some of the world’s hungriest people.

More than 820 million people suffer from hunger, and about 2 billion people face moderate food insecurity – meaning they do not always know when their next meal will come.

After a decade of slow decline, climate change is driving this number up again, particularly in Africa and Asia, where competition over land for both farming and forest conservation is acute.

But villagers in the Himalayas are turning to a traditional practice that can slow land clearing and feed people: growing and collecting food from the forests. 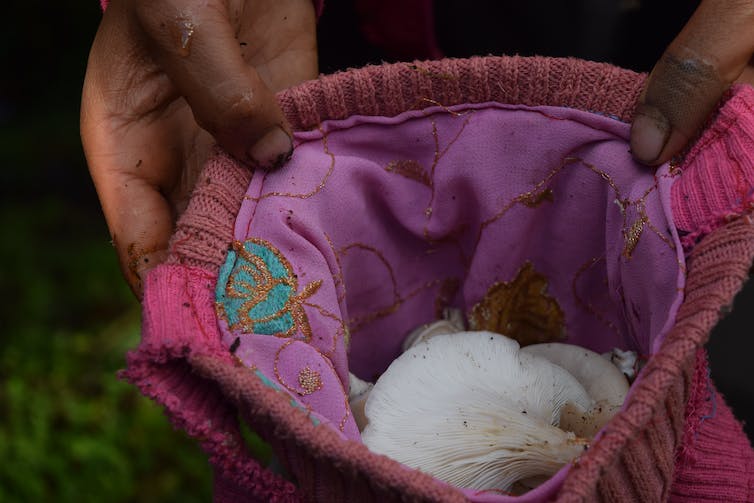 Mushrooms, as well as honey, roots and other edible plants are harvested by locals as an important food source. Jagannath Adhikari, Author provided

Food in the forest

My research in the Himalayan region, where high population density means farmland is very scarce, investigated how people used their forests as a food source.

An “edible forest” is one in which people have planted trees and crops that can produce food in the forest, as well as harvesting what naturally grows. In fact, this is a traditional practice in the Himalayan region. A farmer I interviewed in Siding village, at the base of Mardi Himal – one of the peaks in Annapurna Himalayan range – told me:

I go to [the] forest when food is scarce at home. I collect vegetables, fruits, nuts, medicinal herbs, spices, roots and tubers. Sometimes I also collect wild honey, bamboo shoots and mushroom, which is consumed at home and also sold in the market. Occasionally, we also get wild meat.

Traditionally, these villagers see forest and farms as an extension of each other rather than distinct categories, and manage them so they support each other.

Generally, people plant trees useful for households – for their wood, for example, or fruit – in the forest close to the villages, and preserve those grown naturally.

The community itself protects the forest, in the past even pooling grains and cash to hire a guard if needed.

This forest food is supplementary, becoming more important in scarce times and as a buffer during famine. Taking wood for fuel or timber is strictly regulated, but there are no restrictions on gathering food, to the great benefit of the poorest.

Collecting food is mainly the work of women, who gather a few things whenever they go into the forest for firewood or animal fodder. They have a great deal of knowledge about edible plants. Men take part by hunting for honey and wild animals. Children, too, go to the forest in their free time to gather berries and tubers.

Sometimes villagers collect these foods to sell in nearby markets as a seasonal source of cash. 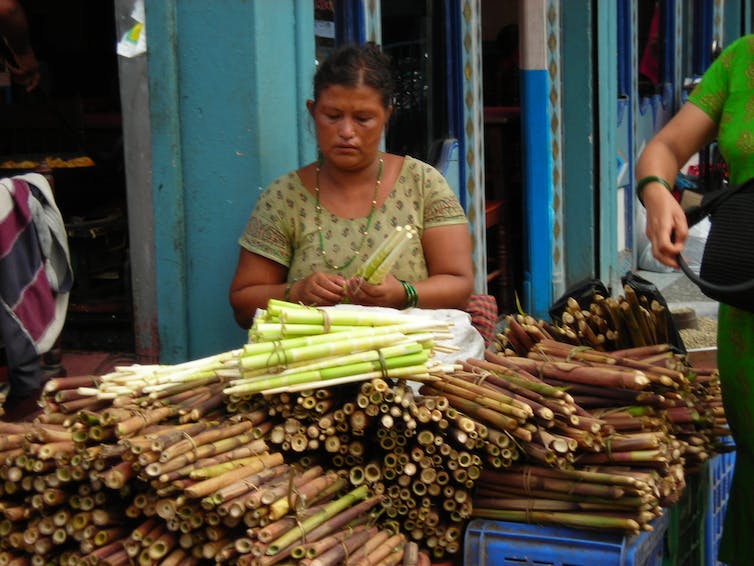 The centralised forest management and curtailment of traditional rights of the communities that came with modern forest bureaucracy in the Himalayan region distanced people from the forest. This also led to rapid deforestation between the mid-1960s to 1980s.

This trend was reversed in the early 1990s, when community rights came to the forefront and communally managed forestry gained a strong foothold. This helped reduce poverty. Yet it is still hard for locals to grow food in the forests as they once did. One farmer told me,

We do not destroy forest when collecting these things, but conservation regulation is making this collection difficult.

We need power to move from centralised governments to local stewardship and local knowledge. Government oversight would still be required to protect the local interests, but any new mechanism needs to be developed in consultation with local communities. Research institutions could play a role in finding better ways to meet the interest of local communities when they manage their forest.

A new category of land use

If people are actively planting and harvesting in a forest, it may not qualify as protected or conserved land. Conversely, if a local community depends on their forest for food, they may hesitate to register for a formal scheme, for fear they will lose a valuable resource.

If reforestation schemes can be expanded to take into account planting that doesn’t compromise tree coverage, we can encourage rapid growth of edible forests and speed up our response to climate change. It will help meet goals like food security, mitigation and adaptation to climate change, and reducing desertification and land degradation that the United Nations’ Intergovernmental Panel on Climate Change has recommended for sustainable land management in the light of climate change.

Climate change and food insecurity are the main drivers of migration away from rural areas in developing countries, which brings its own challenges for sustainable land management.

Wages sent home by those who move away is a huge part of food security and reducing poverty for many people. In 2018 about US$530 billion was transferred to low- and middle-income countries between family members, compared with US$162 billion in development aid.

This flow of money means families with marginal land – like farmland on hill slopes in Nepal’s case – can afford to slowly convert it to plantations or forests. Migration and remittances - which contribute some 28% of Nepal’s gross domestic product – helps increase forest coverage, especially in marginal lands vulnerable to erosion and landslides.

There is an opportunity to increase planting in these lands, which have been abandoned for farming. If official reforestation policies can acknowledge and support edible forests, we could see the Himalayan region lead the pack on a new way of thinking about forests and food.