Opinion Edu-games hit the market, but not all are are created equal

Educationl games are proving to be disruptive technology, yet not all are created equal. Teachers must work out which ones empower students while avoiding the same old teacher-dominated pedagogy, writes Dean Groom. 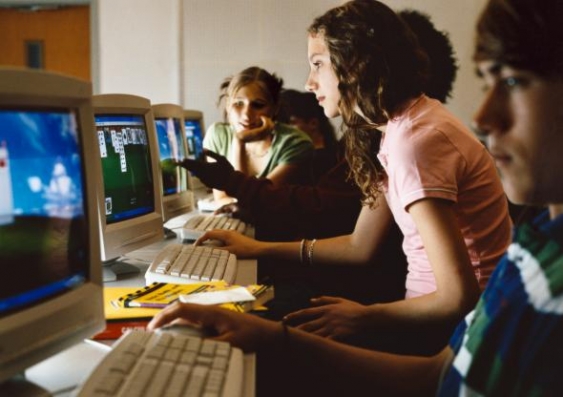 OPINION: The re-purposing of video games as learning tools continues to gather pace with the recent release of high-profile educational incarnations of games like SimCity andMinecraft.

Different educational games have their own different origins, and not all of them are created equal. Educational or not, schools and other institutions are being asked to place their trust in something they have historically banned or ignored.

So which games should educators invest their time and trust in?

But now commercial game developers have have begun “edu-versioning” their best-selling entertainment titles, and extending sales through educational editions.

Video games are big business. It’s difficult to know exactly how big the industry is, but the Interactive Games and Entertainment Association reported retail sales for 2012 were A$1.161 billion, not including downloaded games and other downloadable content.

Interest in the potential of video games accelerated in 2008, after the Pew Research Centre reported “97% of US teens play video games.” Talk of the educational potential of games also became a popular topic for TED Talks. Jane McGonigals “Gaming can make the world better” or Gabe Zimmerman’s “How games make kids smarter” claimed games are not only educational but transformative ways to learn.

Institutions have begun working with independent developers – for example, Filament Games and E-Line Media – to translate academic theories and research into games. These are usually designed for student use at school.

Online community projects – like Minecraft in Schools – editable by academics and others are in a similar category. These involve using an existing framework and adapting them to include lesson ideas and assessment tools.

Often these types of games include “teacher only” powers to enforce particular learning styles or behaviours on students. And they sit outside of institutional or commercial control, normally used independently by teachers.

Games described as educational are also sold through online stores like Apples iTunes or Google Play. Though prolific in number, they appear devoid of alignment with educational institutions and are generally cheap or free forms of entertainment.

The newest form of edu-game are well-funded commercial games retooled for education markets. There are several examples such as Electronic Arts' (EA) The Sims, Mojang’s Minecraft and Valve’s Portal.

But this approach is frequently criticised for fundamentally changing the nature of the game. While keeping familiar aesthetics, these adaptations shift the gaming environment to one teachers feel more comfortable with.

What is a good educational game?

Educational games are often sold as a “better than nothing” proposition, which demotivates some students, and does little to build a new understanding with educators about the extent new media like video games can play in education.

They also allow the companies developing these games to find a new educational distribution channel. For schools, this new era of educational games is a confusing mix of popular culture, social media’s ascendancy, new channels of communication, and a growing research base.

Numerous studies have shown teachers must feel the digital technologies are competent and reliable – in essence, trust these technologies – in order to use them with students.

To establish which game-titles are better than others requires teachers to work out how learning occurs in games – empowering students to exchange ideas rather than continue to see the games as a new way of delivering the same teacher-dominated pedagogy.

Good educational games will provide an enriched, personalised learning experience, the ability for the teacher to alter the goals, support for both formal and informal learning opportunities and the potential for social networking.

Teachers have become more comfortable with some long-established games – most notably Quest Atlantis – being in classrooms as part of a broader push to bring new technology to learning.

A newer example is the ABC Splash project, which combines film, book, game and live events that school-systems have struggled to sustain or maintain interest in.

The good and the bad

In many public schools, video-games have long been banned or locked away. Even good projects have battled internal resistance for years.

But times are changing, and it remains to be seen if those educational games which sell best, such as Minecraft in Schools, also become the type of dominant educational game in the future.

But we can’t ignore the reality that for many kids, media-rich homes, media-rich schools and progressive school cultures towards digital media is the exception not the rule.

And while education games are unlikely to resolve ongoing controversy over curriculum and school funding, there are signs increasing numbers of online communities are willing to develop substantive theories of how to use video-games to teach children who might otherwise not get the opportunity.

Video games are proving a highly disruptive technology – whether banned or embraced.

Dean Groom is Manager of Education Development in the Faculty of Arts and Social Science, UNSW.