Opinion Engaging with the IMF on inequality

If the IMF is truly concerned with inequality, it needs to make specific changes that go beyond speeches, research papers and ‘pilot projects’, write Christopher Sheil and Frank Stilwell. 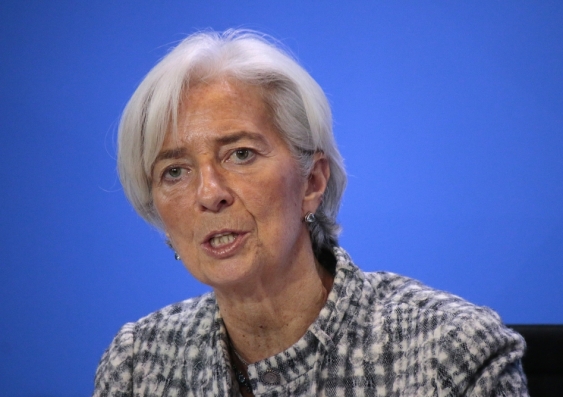 OPINION: It is not every day that political economists get into direct dialogue with the International Monetary Fund (IMF). But it happened recently as a result of an article appearing in the Journal of Australian Political Economy. Written by UK political economists, Alex Nunn and Paul White, the article was critical of the IMF’s recent stance on economic inequality. It pointed to the gulf between the widely-reported statements by Christine Lagarde, the IMF’s managing director, on the need to reduce inequality and the evidence on what the IMF actually does in practice in its country assessments and conditional lending practices.

To give the article more public attention than normally occurs to academic writing, we wrote a short article, largely based on Nunn and White’s evidence and reasoning, for the widely-read Australian website The Conversation. The article was republished by the Huffington Post and in many other places on the internet. Our collaboration has stemmed from our positions as executive members of the Evatt Foundation, which has had economic inequality as its major theme for the last couple of years. Of course, Evatt is not alone in this, especially in the wake of Thomas Piketty’s influence. All around the world there is waking recognition that economic inequalities are chronic and increasing, giving rise to adverse social, environmental, political and economic consequences.

To our surprise, Gerry Rice, the IMF’s Director of Communications, wrote a rebuttal of our article for The Conversation, which was also published on the IMF’s website. We also put it straight onto the Evatt Foundation’s website. Perhaps it was our use of the phrase ‘organised hypocrisy’ that was particularly irksome to this senior IMF executive. He pointed out, among other things, that the IMF has a number of pilot programs looking at inequality in particular countries. 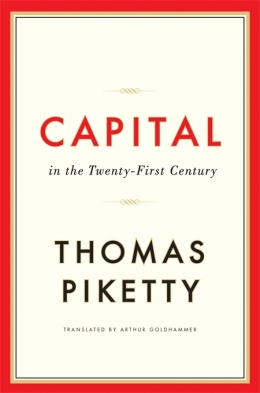 How adequate is the IMF’s self-defence? Opinions may differ, of course. The IMF has been making public statements about reducing inequality since 2010. But for many political economists, it is hard to shift from seeing the IMF as one of the sources of the problem to a means for its solution. Recognising the longer history of the IMF’s structural adjustment programs and other austerity-oriented and neoliberal policy measures, it’s a big leap to see the IMF in a new light. Even from a more generously forgiving viewpoint, the obvious metaphor is a big ocean-going ship taking a long time before a steering shift results in a change of its actual direction.

The question is also complicated by considerations of why the IMF might be becoming more concerned about growing global inequalities. In a further reply to our article, a new IMF blog by Prakash Loungani and Jonathan Ostry emphasise that it is the evidence that inequality impedes economic growth that ‘puts inequality within the remit of the IMF’s work’. Ostry himself has been at the forefront of generating that evidence in previous co-authored IMF research papers that have attracted attention around the world. Looked at from this perspective, the IMF is not simply wanting to look more conscious of the social costs of extreme inequality: it recognises that growing inequality poses increasing risks to political stability and the expansion of capitalist world markets.

It is also pertinent to reflect on the nature of policy change in large organisations. Anyone with personal experience of large bureaucracies understands that public pronouncements by a senior manager do not necessarily change the behaviour of workers in departments concerned with data gathering or the day-to-day mechanics of policy implementation. In any large bureaucracy there are almost invariably progressives, reactionaries and simply people whose inertia makes it safer to carry on ‘business as usual’. We may reasonably presume this applies to the IMF. Perhaps a critical public interchange of the kind we have had can help to strengthen the hand of the internal progressives. We hope so.

Welcoming the public discussion, Alex Nunn has written his own response to the IMF’s defence on the website of Open Democracy. Significantly, as a direct result of the controversy, he was also invited to meet with officials at the IMF, who expressed a willingness to engage, and he has made some adjustments to his future research program. This is an unusual consequence of academic writing, even when targeted directly for a broader public. Being ignored is the more usual fate of political economic critics of the status quo. 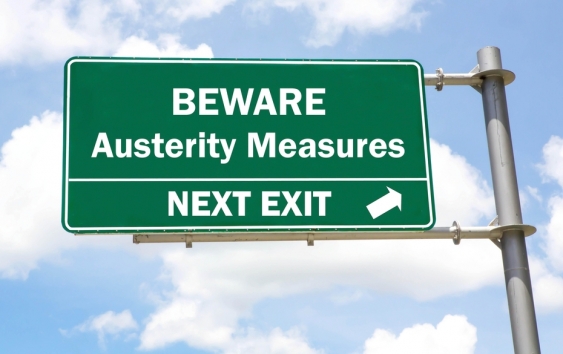 Of course, it remains to be seen to what extent this political economic influence will have beneficial consequences. For our part, the test would be whether the IMF actually makes specific changes that take its concern with inequality beyond speeches, research papers and ‘pilot projects’ and into the mainstream of its activity. Three tests of the IMF’s commitment come readily to mind:

If, as Lagarde says, she wants to head off the corrosive effects of inequality on economies and societies, one look at the current instability of politics around the world should be enough to convince anyone that the IMF has no time to waste.

Christopher Sheil is Visiting Fellow in History at UNSW.

Frank Stilwell is Emeritus Professor of Political Economy at the University of Sydney.