Opinion Europe will pay for its unrealistic refugee policy

Compassion alone is no substitute for a balanced, considered approach to refugee policy, writes Alan Dupont. 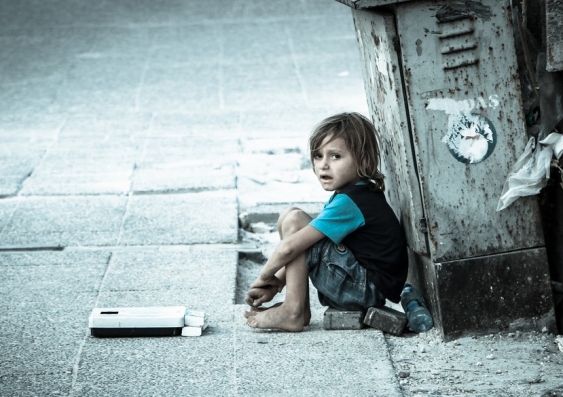 OPINION: At his best, Tony Abbott has the knack of communicating complex decisions simply and effectively. Announcing the government’s decision to accept 12,000 refugees from war-torn Syria, Abbott acknowledged that “we have to act with our heads as well as our hearts”.

This admonition ought to become the mantra for European governments struggling to accommodate the region’s most serious refugee crisis in 70 years.

There is much to admire in Europe’s compassionate approach but, as Australia has learned through hard experience, compassion alone is no substitute for a balanced, considered approach to refugee policy that seeks achievable outcomes and takes account of the risks and costs.

Unfortunately, Europe’s generosity will not stem the flow of asylum-seekers to the continent.

Perversely, it will stimulate even more people to risk the fraught passage across the Mediterranean that already has cost thousands of lives.

Unless Europe replaces its open-door policy with tighter border and immigration controls, further waves of asylum-seekers are likely to follow, and not just from Syria and a handful of other conflict-riven states in the Middle East and Africa. They may also come from much farther afield — Asia included — because of Europe’s undeniable pull, an attraction that has proved irresistible to the half-million would-be citizens who have made it to their promised land this year.

Beyond the present exodus of people from Syria many future asylum-seekers, if not a majority, are unlikely to qualify for refugee status, which means that after processing they will have to be returned to their countries of origin. How this will be achieved has not been addressed seriously by Europeans. Given the large numbers involved, returning unsuccessful applicants for refugee status could prove more challenging than receiving them.

Despite European denials, the EU’s rapidly evolving policy on asylum-seekers eventually is going to look much like the policy arrived at in Australia after years of passionate debate, false starts, prevarication and lost opportunities for bipartisan solutions.

This will mean balancing humanitarian and national security imperatives; sensible limits on the numbers Europe can absorb without creating unmanageable social divisions and blowing out already stressed budgets; providing order and regulation over the chaos that presently exists; and consensus on the vexed issue of refugee burden sharing — which is not going to happen if the EU’s larger states ignore the concerns of its smaller and less wealthy members.

German Chancellor Angela Merkel needs to tone down her lofty rhetoric of transformation and hope. It serves only to fuel the asylum-seeker trade, unnecessarily antagonises less well-endowed European neighbours and raises unrealistic expectations about how quickly and seamlessly successful asylum-seekers will be able to adapt to their new lives.

As Australia has already discovered, when compassion fatigue sets in, as it surely will, the applauding crowds and community support soon give way to a smouldering resentment that, in Europe’s case, could quickly combust into a nationalist backlash.

Germany’s sudden U-turn to close its border with Austria and Hungary’s hastily constructed metal wall, designed to keep out asylum-seekers, presage further internal pressure on the EU to revoke or curtail its open-borders system.

The leaders of Islamic State, whose barbaric excesses have been a significant cause of the Syrian exodus, will see the refugee crisis as a heaven-sent opportunity to target and destabilise the European heartland by infiltrating jihadists masquerading as refugees.

This is going to be a big headache for Europe’s already stretched security and intelligence services which will have to devote precious time and resources to security checks on every European bound asylum-seeker.

A second security dilemma with which Australia is only too familiar is how to break the business model of the estimated 30,000 people-smugglers who profit from their human trade by providing the boats, documentation, safe houses and organisational support that enable asylumseekers from as far away as Nigeria and Afghanistan to reach Europe.

Although European leaders specifically have rejected boat turnbacks, they could usefully learn from the remaining suite of sophisticated disruption techniques used by the Abbott government to put the people-smugglers out of business on routes to Australia.

Keeping refugee numbers and costs to manageable levels is the key to avoiding worst case outcomes.

Measuring a country’s refugee absorption capacity is an inexact science. But taking 800,00 refugees a year if your population is 82 million (Germany) is clearly going to be a far greater challenge to social cohesion and tolerance than accepting 12,000 in a population of 23 million (Australia).

Absorbing large numbers of refugees in a very short time also has many hidden costs and there must be doubts whether Europeans fully understand the severity of the budgetary impact. Here again, the Australian experience is highly relevant because of the comparable levels of economic development and social security.

The bill for resettling 12,000 refugees in Australia is likely to be between $600 million and $700m during the next four years, which includes the cost of processing, welfare payments and health benefits but not security checks.

So Germany’s estimate of 10 billion ($16.1bn) to resettle 800,000 refugees seems a gross underestimate — even more so if Merkel makes good on her promise to accept up to two million refugees.

Fiscally challenged smaller nations such as Greece will find it almost impossible to fund significant numbers of refugees without support from richer EU states.

It is wrong to believe, as some do, that this is a purely European crisis stemming from the war in Syria for which the West is culpable.

On the contrary, the unregulated, mass movement of people within and across borders is a global problem and a defining feature of today’s vastly more complex security environment, transcending race, religion and region.

Unfortunately we are a long way from a global solution. If there is to be one, then reform of the UN Refugee Convention is crucial.

Designed for another time, it is no longer adequate for the task of managing 60 million refugees and displaced people, not to mention 30 million undocumented labour migrants who need, or want, a new lifestyle in another country.

Alan Dupont is Professor of International Security at UNSW and a nonresident fellow at the Lowy Institute.