Historian Dr Lisa Ford has been awarded the prestigious Max Crawford Medal for her contributions to enriching the cultural life of Australia. 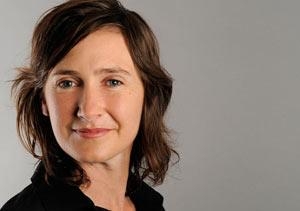 Historian Dr Lisa Ford has been awarded the prestigious Max Crawford Medal for her contributions to enriching the cultural life of Australia.

The Medal, awarded every two years by the Australian Academy of the Humanities to an Australian-based, early-career humanities scholar, is named after the late historian Professor Raymond Maxwell Crawford. It recognises high quality publications that contribute to the understanding of  humanities disciplines by the general public.

This year, due to “an exceptional field of candidates,” the Medal was awarded jointly with Dr Michael Ondaatje from the University of Newcastle.

The book, which won a NSW Premier's History Award and the American Historical Association's Littleton-Griswold Prize examines the relationship between law, settlers and indigenous people in North America and Australia in the early nineteenth century.

Dr Ford, from the School of Humanities, is currently working on two ARC Discovery Projects on the legal history of the British Empire and an investigation of challenges to the imperial constitution by protectors of slaves and Aborigines after 1824.

She is also working with the Francis Forbes Society and AUSTLII on two major projects aimed at recovering and publishing Australasian legal history sources.

Dr Ford will be awarded the Medal at the annual Symposium of Fellows next month.