The draft defence white paper might be flawed but it sheds light on the strategic changes most likely to destabilise out region, argues Alan Dupont. 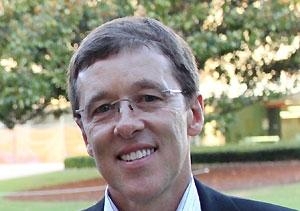 OPINION: By all accounts, the draft of the new defence white paper is not in good shape, a victim of the obvious trust deficit between the minister and his department, savage cuts to the defence budget and widespread scepticism about the ambitious policy goals enunciated in the 2009 defence white paper.

However, even a flawed white paper could serve a useful purpose if its authors shed light on the strategic changes likeliest to destabilise or shape our once benign region.

A good starting point would be to recognise the defining structural shift in the regional balance of power is not just China's rise, and the relative decline of the US, but the reorientation of China's strategic focus from the land to the sea. Literally and figuratively, this is a sea change of enormous consequences for Australia because China's new strategy challenges the monopoly of maritime power traditionally enjoyed by the US and its allies in the Pacific.

If China's relations with the US and Japan deteriorate, it will become much more difficult for Australia to avoid taking sides or to be seen in Beijing as an impartial player, particularly if US President Barack Obama decides to put military flesh on the bare bones of his Asia pivot by intensifying military co-operation with Australia.

China's own pivot to the western Pacific has greatly increased the risk of conflict with other Asian states, as well as the US, because the vexatious, unresolved territorial disputes in the East and South China seas have become dangerously linked as claimants anticipate or respond to each others' actions.

While each off-shore dispute has its own set of dynamics and accompanying historical narratives, the commonalities are more striking. All involve at least one large Asian power, none of them is likely to be resolved legally and the US is not a party to any of the disputes, although it has an obvious and declared stake in their outcomes.

Collectively, these geographically unprepossessing islands have become a new geopolitical fault line in Asia, threatening to divide the region as no other security issue has done since the Vietnam War.

A second and related area of concern for Australia is the steady militarisation of the western Pacific as Asian states beef up their defence capabilities in response to the rise in maritime tensions. Much of the effort is going to acquiring submarines, fishery patrol boats and larger naval vessels capable of projecting power beyond coastal waters.

While not yet an arms race, the region may be heading in this direction unless the momentum towards increased military spending and confrontations at sea is arrested and reversed. Yet with exquisitely bad timing we have chosen this precise moment to drastically reduce our defence spending when we should be doing exactly the opposite.

A third, destabilising, strategic change is North Korea's demonstrable progress in developing a ballistic missile capable of true intercontinental range, which could put all of Asia, Australia and parts of the west coast of the US within range of North Korean nuclear weapons by the end of this decade, if not before.

One obvious response is for Australia to step up co-operation with the US and Japan to help develop an effective land and ship-based missile defence system. If North Korea were to trigger a wider regional conflict by attacking South Korea or Japan, Australia must be prepared and equipped to support both countries militarily, in fulfilment of our residual UN obligations dating back to the Korean War.

A fourth change of strategic significance is the likely acceleration of Japan's steady drift away from its pacifist past towards an outward-looking security posture as anxieties grow about North Korea's missile program and Chinese naval ambitions.

Shinzo Abe's second coming as Japan's prime minister is likely to result in a much tougher line towards North Korea and China and a bolstering of the capabilities of Japan's Self-Defence Force.

These are understandable responses to the volatile security environment Tokyo faces. Pressing the pause button on defence co-operation with Japan would be counterproductive and a repudiation of 20 years of bipartisan Australian policy. As a fellow democracy, maritime-trading nation and defence partner, it is clearly in Australia's interests for Japan to become a more influential and constructive actor in the security affairs of the region.

If the white paper fails to adequately address these strategic changes, it will only confirm the view of critics that the government has abrogated its responsibility to deliver a defence policy optimised to meet the real security challenges ahead.

Alan Dupont is professor of international security at UNSW. This opinion piece was first published in The Australian.