Spending time on Facebook increases some young women’s concerns about their face, hair and skin, but it doesn’t necessarily affect how they feel about their body, write Jasmine Fardouly and Zali Yager. 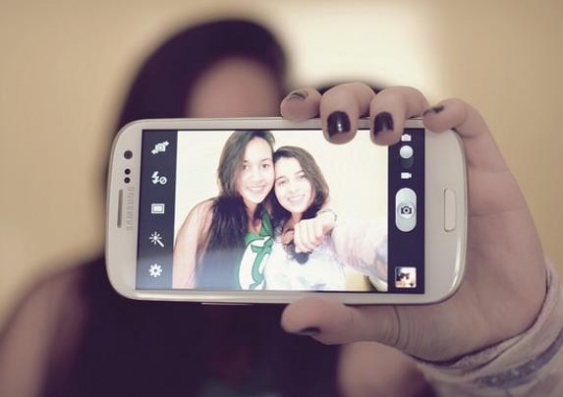 Facebook use increases young women’s concerns about their face, hair and skin, but not their body shape. Thiago Marques/Flickr, CC BY-NC-SA

OPINION: If you’re one of the world’s 1.3 billion regular Facebook users, you’ll know the feeling of being consumed by your news feed.

If you don’t use Facebook, you need only get on a busy train or bus to see countless people browsing Facebook on their phones, inspecting photos of their “friends” enjoying themselves. Young women in their teens and early 20s spend around two hours on Facebook every day.

When constructing a profile on Facebook, most people choose to present an idealised version of themselves. They upload only the best photographs of themselves to their profiles and remove any images that they find undesirable.

Facebook users post around ten million new photos every hour. This provides users with regular opportunities to compare their appearance with others.

We know that women who often compare their appearance with others are less satisfied with how they look, particularly when they compare themselves with others who they think are more attractive.

Decades of research also shows that viewing images from traditional forms of media, such as magazines or television, can cause young women to be dissatisfied with their body and put them in a more negative mood.

But our recent research shows that while spending time on Facebook increases some young women’s concerns about their face, hair and skin, it doesn’t necessarily affect how they feel about their body.

This could be because Facebook contains more images of people’s face than images of their overall body. So when browsing your news feed, you are likely to have more opportunities to compare with other people’s faces than with their weight and shape.

In our study, 112 female university students spent ten minutes browsing either their Facebook account or an appearance-neutral control website. We then asked them to rate their current mood and levels of body dissatisfaction.

We also asked participants to describe three things they would like to change about themselves and categorised these responses as being weight and shape-related changes or face, skin and hair-related changes.

One week later participants reported on how often they generally compare their appearance.

This is consistent with other research, which found no difference in weight and shape preoccupation between young women who spent 20 minutes on Facebook or a control website.

Despite rumours that Facebook usage is in decline, it remains the most popular form of social media. Rather than encouraging young women to avoid social media, parents and educators can talk to girls, from an early age, about the idealised nature of images and content posted on social media and the impact that comparing such content can have on their mood and appearance concerns.

Jasmine Fardouly is a PhD candidate at UNSW. Zali Yager is a senior lecturer at Victoria University.