Opinion FactCheck Q&A: are one in three age pensioners living under the poverty line?

Senator Jacqui Lambie told Q&A that a third of Australian age pensioners are living below the poverty line and that number is estimated to rise to two-thirds within five years. Is that right? Rafal Chomik investigates. 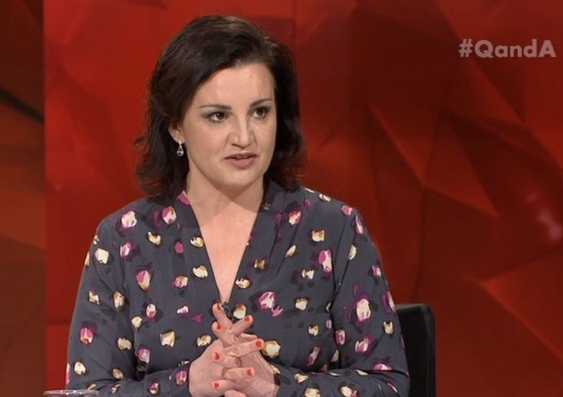 The Conversation is fact-checking claims made on Q&A, broadcast Mondays on the ABC at 9:35pm. Thank you to everyone who sent us quotes for checking via Twitter using hashtags #FactCheck and #QandA, on Facebook or by email.

We’ve got one-third of our age pensioners that are living below the poverty line. They’re saying in the next three to five years, that will be two-thirds and we’re an ageing population in this country. How sad is that? – Senator Jacqui Lambie, speaking on Q&A, September 19, 2016.

Senator Jacqui Lambie told Q&A that a third of Australian age pensioners are living below the poverty line and that this is expected to rise to two-thirds within five years.

When asked for sources to support her statement, Jacqui Lambie told The Conversation:

A well known and widely reported OECD Study - Pensions at a Glance 2015 - found that more than one-third of Australian pensioners are living below the poverty line.

Lambie also referred to research by the Australian Council of Social Service. You can read her full response here.

Are one-third of Australian age pensioners living under the poverty line?

It’s true that a 2015 OECD report (which uses data from 2012) shows that about one-third of older Australians are living below the poverty line. The report says:

According to the latest available figures, poverty rates of people aged over 65 were very high in Korea (50%), Australia (34%), and Mexico (27%). In contrast, the Netherlands and the Czech Republic have the lowest poverty rates: 2% and 3% respectively.

It’s important to highlight that the figure of 34% is based on the income of every Australian over the age of 65 – not just recipients of the age pension.

Those who qualify for the age pension generally have a lower income than those who don’t qualify, so the poverty rate of pensioners would in fact be higher than the overall rate of people aged over 65.

A 2014 report by the Australian Council of Social Service (ACOSS) found that between 15 and 39% of age pensioners were living in poverty in 2012, depending on which definition of the poverty line is used.

So Jacqui Lambie’s statement that one-third of Australian age pensioners are living under the poverty line is broadly supported by the evidence – although between 2012 and 2014 the poverty levels among people aged over 65 reported by the OECD declined.

How poverty is defined matters

By doing so, its calculations ignore the benefit that many older households gain from owning their own home compared to working-age people, who tend to pay a mortgage or rent. When housing costs are taken into account, pensioner poverty rates are lower: this is the basis of the lower-end ACOSS figure.

The figure can also differ when the poverty line is drawn at, say, 60% of the disposable household income of the median Australian, instead of 50%. This is the basis of the ACOSS figure of 39%.

The poverty numbers differ despite the fact that both ACOSS and the OECD make use of the same dataset – the Survey of Income and Housing, conducted by the Australian Bureau of Statistics every two years.

Will two-thirds of age pensioners be living under the poverty line in the next three to five years?

It’s beyond the scope of a FactCheck to say with any certainty what will or won’t happen in future.

However, there is insufficient evidence to support Lambie’s statement that two-thirds of age pensioners will be living under the poverty line in the next three to five years.

Projecting poverty rates requires robust estimates of what might happen to median incomes (which guide the poverty line) as well as the incomes of pensioners. These estimates can be made using micro-simulation models, such as those developed at the National Centre for Social and Economic Modelling (NATSEM).

A recent NATSEM report showed that pensioner incomes, which tend to increase in line with wage growth, are expected to rise in real terms. But, according to NATSEM, they are not projected to rise as quickly as the income of households that don’t receive benefits, which are more representative of median incomes.

If pensioner incomes don’t rise as quickly as the median income, the result could be an increase in some measures of poverty. But based on current modelling, it appears unlikely that the rate would double to two-thirds of pensioners living under the poverty line.

Jacqui Lambie was broadly correct to say that one-third of Australian age pensioners are living below the poverty line.

There is insufficient evidence to suggest the poverty rate for age pensioners will double in the near future. – Rafal Chomik

This Fact Check was first published in The Conversation.

This FactCheck correctly points out that Jacqui Lambie is broadly correct that around one in three pensioners live below the poverty line. The author also sensibly discusses the limitations and differences between various poverty measures based on arbitrary percentages of median income. I would further add that the one-third estimate is towards the upper end of estimates from the various measures estimated by ACOSS.

I would also agree with this FactCheck that it is difficult to forecast the percentage of pensioners who will be in poverty in the near future. The pension is linked to the greater of movements in wages and the consumer price index so it is very unlikely that, in the short to medium term, pensioner poverty numbers would increase (or decrease) relative to current rates by such a significant degree.

The tightening of the assets test for pensioners which is legislated for January 1, 2017 may add a small number of (relatively) higher wealth pensioners into poverty, but the number of pensioners impacted will not be numerically enough to lead to a doubling of the age pension poverty rate. – Ben Phillips