Opinion FactCheck Q&A: how much was spent on the Cambodia refugee deal and how many were settled?

Labor’s Kate Ellis told Q&A millions of taxpayer dollars were spent on a refugee resettlement plan in Cambodia and “very few lives were changed”. What was Ellis talking about – and was she correct? Madeline Gleeson investigates. 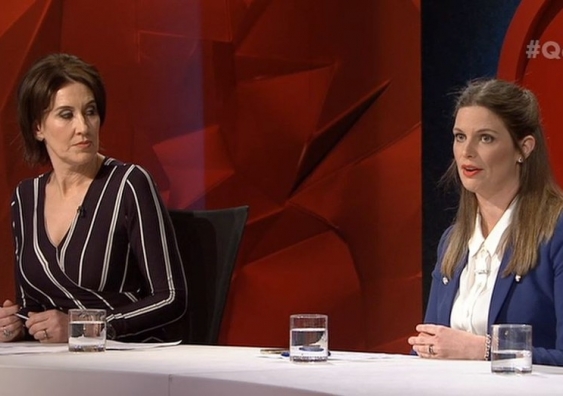 The Conversation is fact-checking claims made on Q&A, broadcast Mondays on the ABC at 9.35pm. Thank you to everyone who sent us quotes for checking via Twitter using hashtags #FactCheck and #QandA, on Facebook or by email.

…when it comes to the government’s previous attempts, we know when there was announced with great fanfare that people were all set to head off to Cambodia, and of course we saw that millions of taxpayer dollars – but very few lives which were changed by that.

Kate Ellis is referring to an agreement signed by Australia and Cambodia on September 26, 2014, providing for the relocation of refugees from Nauru to Cambodia. The agreement was intended to cover any person who:

When asked for a source to support her statement, a spokesperson for Kate Ellis referred the Conversation to a Senate committee hearing that took place in November 2016.

In that hearing, Labor senator Tim Watt said about $55 million had been earmarked for the agreement, “divided between $40 million in aid and about $15 million for the actual resettlement”, to which a senior official from the Department of Immigration and Border Protection replied:

Yes, not all of which has been drawn down.

In the same Senate hearing, another departmental official, Claire Roennfeldt, said $3.48 million of the $15 million earmarked for the resettlement program had been spent since the agreement was struck.

It appears the money is spent through payments to service providers rather to the government of Cambodia directly.

Another exchange between Watts and another senior Department of Immigration and Border Protection official, David Nockels, revealed the number of refugees resettled:

Senator Watt: And I am right that in total there have been five people resettled there? Is that right? Mr Nockels : Five or six… Excuse me, Secretary. It is six. Two are still there.

When asked if all these numbers discussed in the Senate hearing were up to date, a spokesman for the Department of Immigration and Border Protection told The Conversation:

The testimony referenced is correct, however, current figures for the total expenditure of the resettlement assistance to date is now $4.77 million.

So Kate Ellis was correct. It is fair to describe the Cambodia deal as having cost millions of taxpayer dollars but changing very few refugee lives.

Why was the Cambodia deal pursued?

When the agreement was signed in September 2014, then immigration minister, Scott Morrison, described it as a regional solution that was about providing genuine resettlement in a third country.

It came at a time when conditions were worsening and tensions were rising at the two regional processing centres in Nauru and on Manus Island in Papua New Guinea (PNG). There was a clear and urgent need for an answer to where the people found to be refugees at these two centres would subsequently go.

The Australian government maintained that they would never be settled in Australia, and neither Nauru nor PNG had a workable settlement policy. So the agreement with Cambodia appeared, to some, to offer a much-needed solution.

However, others expressed concern about the workability of the agreement from the outset, including the United Nations refugee agency (UNHCR) and António Guterres (then the UN High Commissioner for Refugees, now the Secretary-General-designate of the United Nations).

It was never clear how many people the agreement would cover. Its provisions do not specify a number, and state only that decisions about the number and timing of relocations are to be made by Cambodia.

At the time it was signed, Scott Morrison announced that the two countries would:

undertake an initial trial arrangement with a small group of refugees which will be followed by further resettlement in accordance with Cambodia’s capacity.

He said there would be “no caps” to the agreement, and there were reports that as many as 1,000 people could be relocated.

But Cambodian Deputy Prime Minister and Minister for the Interior, Sar Kheng, rejected such a high number, committing only to Cambodia accepting “three to four people first”.

In April 2015, four people accepted offers of resettlement to Cambodia from Nauru – an Iranian couple, an Iranian man, and a man from Myanmar.

The four arrived in Cambodia in June 2015. Despite rumours of more refugees joining them, just one more man – a Rohingya from Myanmar – joined them in November 2015.

By May 2016, he would be the only one left in the country, with the initial four refugees all choosing to return to their countries of origin between October 2015 and May 2016, despite having been assessed to have genuine fears of persecution or other serious harm there.

Rumours of further transfers from Nauru again surfaced in October 2016, but only one more man – from Syria – is known to have gone.

These transfers bring the total number of refugees currently in Cambodia to two, with one saying he would leave if he could.

Breaking down the cost

At the time it was signed, immigration minister Scott Morrison announced that Australia would provide Cambodia with $40 million over four years “to support various overseas aid development projects”, in addition to the approximately $79 million that it was providing in aid to Cambodia.

In October 2015, Michael Pezzullo, the Secretary of the Department of Immigration and Border Protection clarified that Australia was providing $40 million “in development assistance – not directly related to the resettlement per se”, as well as $15 million for the overall resettlement program that would be “pay on performance”.

It appeared that the $15 million would not be paid all at once, but rather would be disbursed on a progressive basis depending on how many refugees were resettled.

As discussed earlier, a spokesman for the Department of Immigration and Border Protection told The Conversation that the current figure for the total expenditure of the resettlement assistance to date is now $4.77 million.

Kate Ellis was correct. It is a fair to describe the Cambodia deal as having cost millions of taxpayer dollars, while changing very few refugee lives. – Madeline Gleeson

This is a sound analysis. There appears to be some difference in approach by politicians as to how much the Cambodian deal has actually cost. This is because the government has divided the funds between $40 million in aid and approximately $15 million directly for resettlement services and support.

Madeline Gleeson is a Research Associate, Andrew & Renata Kaldor Centre for International Refugee Law at UNSW. This article was originally published on The Conversation.