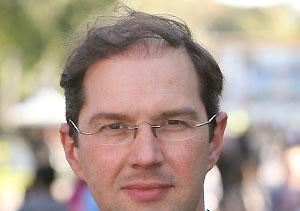 As the world commemorates the thirty year fight against HIV this year, UNAIDS, the Joint United Nations Program on HIV/AIDS, has called for a “prevention revolution” to stop new infections. It is possible for Australia to become one of the first developed nations where infection rates are going down, but this requires investment in a new generation of behavioural prevention programs.

In many developed countries the number of new HIV diagnoses has been gradually increasing since the late 1990s. In Australia, 1043 new diagnoses of HIV were reported in 2010, up from a low of 719 cases in 1999, with gay men continuing to be most affected. Since 2006, numbers of HIV diagnoses have been fairly stable nationally, an achievement unique for developed countries. HIV prevention for gay men in Australia, especially in New South Wales, has long been seen as a model for “best practice” worldwide. What we now need is a shared vision to drive down the numbers of HIV infections and the continued resources for a mix of prevention approaches.

Much is currently expected of antiretroviral treatment for the prevention of new HIV infections. A recent trial among heterosexual couples in Africa confirmed that if a person living with HIV is effectively treated, the likelihood of infecting his or her partner can be reduced by as much as 96%. Recent international research among homosexual men shows that when antiretroviral pills are taken by HIV-uninfected men their chances of becoming infected are substantially reduced. These uses of treatment for prevention have since been heralded as “game changers”, but more research is ongoing and caution is warranted as trials of the use of antiretroviral drugs in vaginal microbicides are providing mixed results. In Australia, HIV testing coverage and treatment uptake are already among the highest in the world and several studies are underway or planned to investigate what further contributions treatment can make to HIV prevention. That new HIV diagnoses have not already been going down may be because the benefits of treatments for prevention can be offset by relatively minor increases in sexual risk behaviour, as have occurred in the past decade.

Promoting sexual practices that reduce the risk of HIV transmission remains an important component of any mix of HIV prevention programs, in Australia and internationally. Social and behavioural research shows that gay men in Australia remain highly motivated to prevent HIV infection and many men continue to use condoms consistently. However, it is also clear that, 30 years into the HIV epidemic, many gay men are finding ways to balance the importance of HIV prevention with pleasurable, intimate sexual relationships and experiences. Their good understanding of HIV prevention has allowed gay men to devise alternative strategies to reduce the risk of HIV transmission when condoms are not used, mostly by limiting unprotected sex to partners with the same HIV status. Such risk reduction strategies have become an important part of the HIV prevention practices of some gay men in some situations. This doesn’t reflect complacency or ignorance, but the reality that living with HIV has dramatically changed. Appropriate and effective prevention, as has been heralded by affected communities in Australia, respects and supports people in making informed choices and provides the tools to reduce risk and minimize potential harm.

Effective prevention programs are also informed by a robust understanding of human behaviour, which continues to evolve in the social sciences and humanities. There is compelling evidence from a multitude of studies that a wide range of theory-informed prevention approaches can be effective in supporting behaviour change. Now is not the time to abandon such behavioural prevention for what may seem easier approaches that may however equally be less than perfect. Rather, it is time to strengthen social and behavioural prevention science in partnership with health promotion experts to develop and implement new HIV prevention programs, as part of a mix of approaches.

Promising approaches to HIV behavioural prevention may in particular benefit from current theorizing of self-regulation that acknowledges that people do not always act on their good intentions and that not all behaviour reflects reasoned decisions. Self regulation approaches to health promotion support people in clarifying what is important in their lives and in acting on these goals. Building on evidence from a range of health domains, what is needed is the commitment and support to develop, evaluate and bring to scale these and other innovative behavioural prevention programs. Australia, with its acclaimed partnership response and strong tradition in social and behavioural research is well positioned to take the lead in re-invigorating behavioural prevention of HIV. People can and do change their behaviours, but behavioural prevention is a long-term process. Sustained efforts and continuous innovation are required to achieve the goal of reducing and eventually eliminating new HIV infections, nationally and globally.