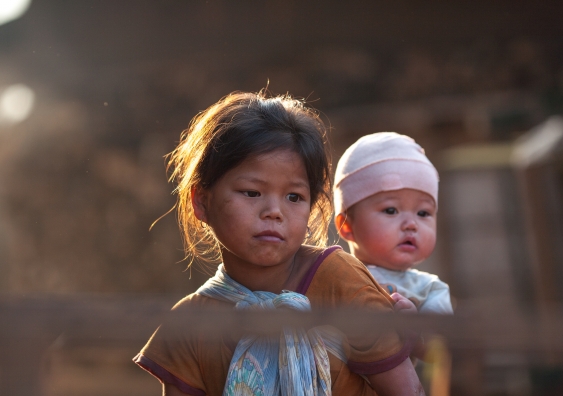 Women and girls have borne the brunt of global inequality. Image: shutterstock

OPINION: In recent months, debates about global economic inequality have reached boiling point. In Britain, voters will soon decide whether to exit the European Union against the backdrop of a growing Brexit movement fuelled by perceptions of an unfair European trading system.

In the US, maverick political candidates of the left and right have garnered outsized attention, each attacking the adverse effects of global trade, especially with Asia. Almost three decades after the collapse of the Soviet Union ushered in an era of globalisation, critics are demanding a reconsideration of that model. At the centre of these debates are global businesses that have assumed outsized influence and power over the last 30 years.

Before focusing on what large companies need do differently, it is instructive to acknowledge the progress they have helped engender. Since the early 1980s, a globalised economy has lifted literally billions of people out of extreme poverty. According to the World Bank, in 1980 77% of East Asians were living below the extreme poverty level.

Today that number has shrunk to 14%. The major driver of this change has been the private sector, which has created hundreds of millions of new jobs. When the UN adopted the Sustainable Development Goals last year, the reduction of extreme poverty continued to be at the core of its agenda, and multinational companies will have a vital role to play.

Given this progress, what is driving the intense and growing political backlash against the global trading system? There are at least three overlapping forces are at play. First, the richest people on our planet now control extraordinary wealth and power. In January Oxfam reported that the 62 richest people in the world are worth US$1.7 trillion dollars, equal to the collective wealth of the bottom half of the world’s population, 3.5 billion people.

According to Oxfam, the income of these 3.5 billion people has fallen by a trillion dollars (American) since 2010, a drop of 38%. Women are disproportionately affected by this growing inequality. The root of the problem, says the Ford Foundation, is that “around the world, billions of people are excluded from full participation in the political, economic, and cultural systems that shape their lives.”

Second, in too many places local governments are weak and getting weaker, lacking the will or capacity to protect their own people. This has created a governance gap leaving those at the bottom end of the economic ladder susceptible to environmental and labour harms.

Expanding global supply chains has exacerbated these problems, allowing consumer demands for cheap goods and services to drive down wages and dilute local regulatory controls. In a highly competitive global economy, weak governments are inclined to compete with one another to maintain their market share rather than prioritise basic protections of their own people.

Third, most global companies, insulated from reality by buyers and sourcing agents, have not stepped up to make sustainable human rights and environmental practices central to their business operations. And the relatively few CEOs that embrace this agenda do so at the risk of alienating the investment community, especially in the US, with its singular focus on short-term earnings.

So what to do? First, it is time for large global companies to acknowledge the centrality of investing in long-term sustainable business models. These investments will not be cost free but over time, companies that make these human rights and environmental investments will succeed in attracting the best people to work for their companies, increase efficiency, reduce turnover, and reduce risks to their brand reputation. It is smart business to take this longer-term perspective.

Second, governments in industrial states need to ramp up their efforts to apply appropriate reporting and regulatory muscle to encourage these efforts. Over the last 30 years, laws like the US Foreign Corrupt Practices Act and the UK’s Anti-Bribery Act have provided powerful tools to combating the scourge of corruption. Early efforts to apply this model to labour are beginning to emerge, for example with Western restrictions on the import of goods that are the product of forced or child labour.

In places like the US, Germany and now in Australia, government purchasing practices are the logical place to now focus attention and begin to implement these controls. These commitments should be included in National Action Plans on Business and Human Rights.

Third, global companies need to develop industry-wide standards and performance metrics that reward best business practices and motivate collective action. And when faced with chronic problems like labour violations in Thai fishing, security challenges for Australian mining operating in Africa or Bangladesh factory safety, they should lead in implementing a model of shared responsibility, calling on governments, international financial institutions and philanthropy to share the cost of remediation.

Recently the Ford Foundation announced a new strategic focus on global income inequality which it calls “the defining challenge of our time.” The foundation’s President Darren Walker has promised that “addressing inequality is at the centre of everything we do.” For Ford and other philanthropic agencies to succeed, the private sector needs to go beyond corporate charity and traditional social responsibility models, and embrace human rights as a fundamental business priority, that is fully integrated into their daily business operations.

Professor Michael Posner will deliver the Australian Human Rights Annual Lecture at UNSW on Wednesday, May 25, 2016.