Tropfest is one of the most prestigious awards available to up-and-coming short filmmakers. And on Sunday it was awarded to a gross-out film that has offended and alienated many in its target audience, writes Greg Dolgopolov. 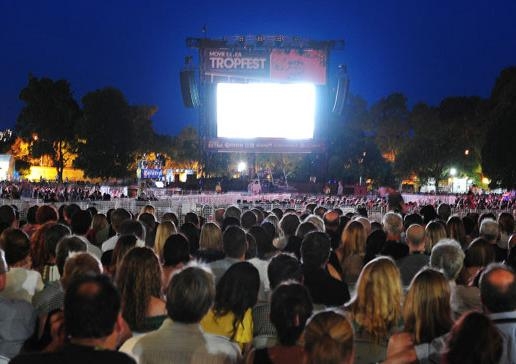 OPINION: It would have been hard to avoid the news that the best-picture award at Sunday’sTropfest short-film festival in Sydney was given to filmmaker Matt Hardie for Bamboozled – and even harder to ignore the huge online response to the film’s perceived homophobia.

The #tropfest Twitter hashtag has seen an almost unending stream of discontent about the film’s supposed homophobia and transphobia, in addition to commentary on the relative absence of women from this year’s finalists.

Writing for the pop-culture website Junkee.com, Alasdair Duncan damned the film as “homophobic, transphobic, offensive and not very good,“ adding:

Bamboozled and grossed out

The film has a savage punchline and, as I sat there in the audience, I heard the disgusted and titillated groan from the audience.

It was only the second film of the night and when it had finished I could sense its impact on all the subsequent finalists. Would anything else match it in terms of ironic gross-out comedy?

On first appearance it is a light, chatty comedy of manners, a bromance.

On his way home, a tousled-haired wannabe hipster, Peter, is accosted by someone who clearly recognises him – but he fails to recognise his old friend.

“Harry” is not surprised as he had a sex change. He used to be Helen and, 11 years ago, Helen and Peter dated for a couple of years. Peter is initially suspicious as Harry looks nothing like Helen – but he agrees to go out for a drink to catch up.

After quite a few beers, tequila shots, urinal comparisons and the mandatory kebabs, they end up in bed together. The next morning they awake to find that the whole night was an elaborate charade, a hidden-camera television show hoax with gay sex as the degrading punchline orchestrated as a way to “get back at your ex” replete with scornful camera crew and goading compere.

The film implies gay sex is disgusting. It treats homosexuality as a nasty punchline and mocks the possibility of love that transcends external appearances.

It ridicules gender reassignment surgery – characterising it as a whimsical spur-of-the-moment decision coupled with racialised plastic surgery to go for a “general Mediterranean wash … I really wanted the nose”.

Hardie doesn’t seem to see how his film has bamboozled a large and vocal part of the audience. On ABC radio he insisted the film’s narrative masks a deeper critique of homophobia:

The punchline really is a comment on media and how the world may have homophobia, but the lead character, and what I was saying, he was completely willing to go with either gender, he was in love with the person.

The problem is that the punchline denigrates gay love and slams it as something shameful.

Sorry Baby was about gun-wielding lesbians and Truth Is … dealt with gay bikies. The thing is, neither of these films won the prestigious best film award – which comprises not just publicity but A$10,000, a new car and a trip to Los Angeles to meet with Hollywood executives.

Tropfest has long featured films that ridicule and belittle their subjects – as well as redeem and uplift. In the 1990s the festival was often accused of favouring gag films with ready punchlines over more serious fare.

Certainly it was a good weekend at Tropfest for Hardie – who won not only the best-film award but also the Best Male Actor award (AU$3,000 in cash, donated by Nicole Kidman).

Hardie’s earlier short Let it Rain (2013) contains some of the same cast and crew as Bamboozled – along with the same carefree approach to casual racism and depiction of women as killjoys for laddish antics.

It won an award at the February 2013 Tropfest – the DSLR award given to films shot on a DSLR ca mera.

This is why the outcry about Bamboozled is significant. Tropfest is no ordinary film festival – it’s one of the most prestigious awards available to up-and-coming short filmmakers.

And on Sunday it was awarded to a gross-out film that has offended and alienated many in its target audience.