Higher levels of parental wellbeing while children were young was linked with children being more physically active as they got older. 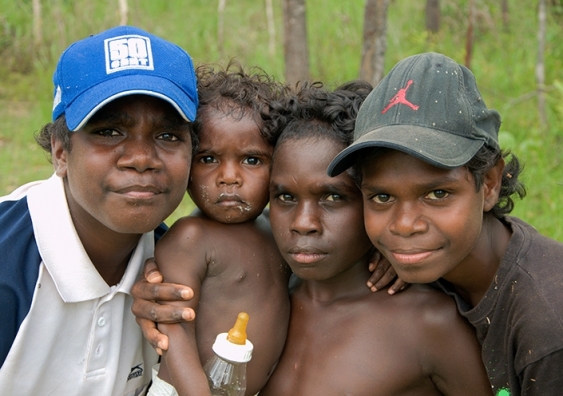 For Aboriginal and Torres Strait Islander people, being physically active has been a part of culture for many thousands of years, through traditional active lifestyles.

These activities are still relevant today. Having a spiritual connection to Country, or caring for Country, provides opportunities for physical activity. This is essential for health and wellbeing.

Physical activity guidelines recommend children do at least 60 minutes of moderate-to-vigorous activity every day. This means activity that makes their heart beat faster and might include teams sports like football or netball as well as cycling, swimming, or active play.

But evidence from international studies and our previous research shows physical activity levels tend to drop during teenage years for both Indigenous and non-Indigenous children, leading to lower levels in adulthood. So it’s important to provide children with opportunities to be active as they get older.

Read more: Sport and physical activity play important roles for indigenous communities, but there are barriers

Most of the data are collected through a survey competed by the child’s parent, usually their biological mother. Early on, parents were asked culturally relevant questions about their social and emotional wellbeing, their child’s engagement with culture and community, screen time and family circumstances such as employment and source of income.

Parents’ postcode was also used to calculate the socioeconomic status of where they lived and how remote it was.

In 2016, parents were asked whether their child (who was then aged 8-13 years) did at least 60 minutes each day of moderate-to-vigorous physical activity. Half the children met the physical activity guidelines. 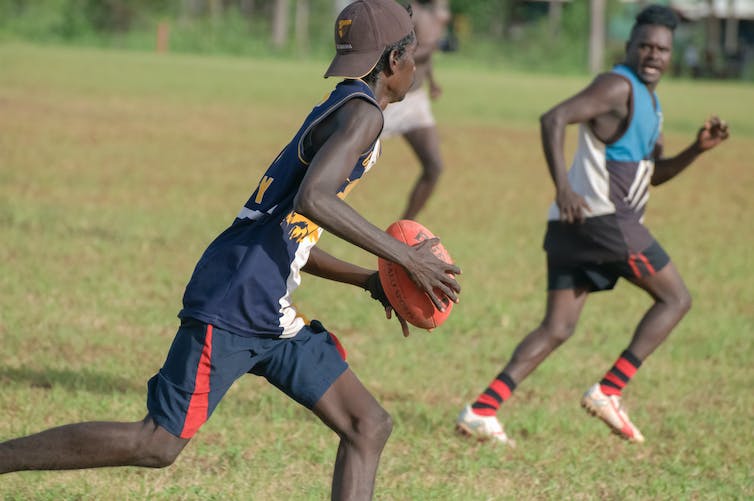 Half the children in our previous study met the physical activity guidelines. Shutterstock

In our most recent study, we looked at what was happening in the children’s lives aged 0-5 and whether this was linked to their physical activity at age 8-13.

In assessing parental wellbeing when the children were aged 0-5, parents were asked about a range of factors, including their level of connection with their family and community, loneliness, having interests, and feelings of anger and worry.

We found that when the parent (who was usually the birth mother) had high levels of wellbeing when the child was aged under five, their child was more likely to do at at least 60 minutes each day of moderate-to-vigorous physical activity at age 8-13. This was regardless of family employment status, income or the socioeconomic or geographical area they lived in.

So higher parent wellbeing during the early years was linked to higher physical activity of their child eight years later.

Children were more likely to meet the physical activity guidelines at age 8-13 if they hadn’t played electronic games as a family between age 0-5 years. Again, this was regardless of the family’s employment status, income, or their socioeconomic or geographical area. But the study didn’t ask about the amount of time spent playing electronic games. 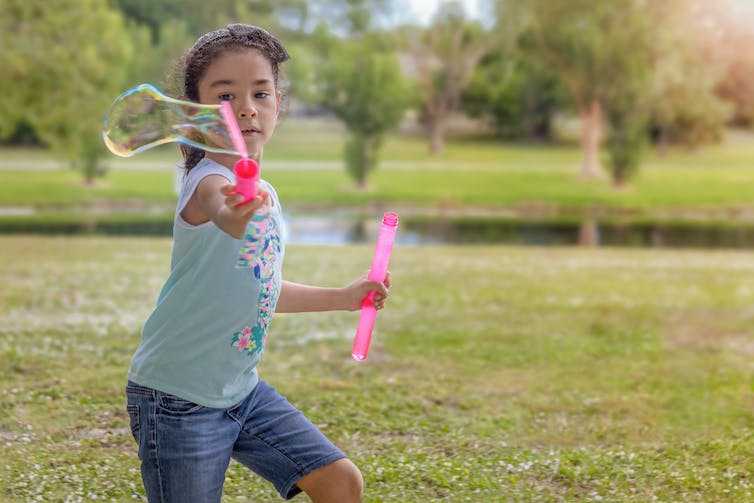 Greater parental wellbeing when a child was young correlated with more physical activity later on. Shutterstock

There may be stronger benefits from family cultural engagement, particularly in cultural practices that involve physical activity such as hunting and fishing.

A number of programs are already doing this across Australia. But they need careful evaluation, including hearing about Aboriginal and Torres Strait Islander people’s experiences of them. First Nations families should also be included in the design and implementation of future programs.

While our study didn’t examine the drivers of wellbeing among parents, it’s clear we need to find ways to improve parent wellbeing, which could impact physical activity levels among children in early adolescence.