Witnesses to gendered violence can play an important role in a victim’s safety. 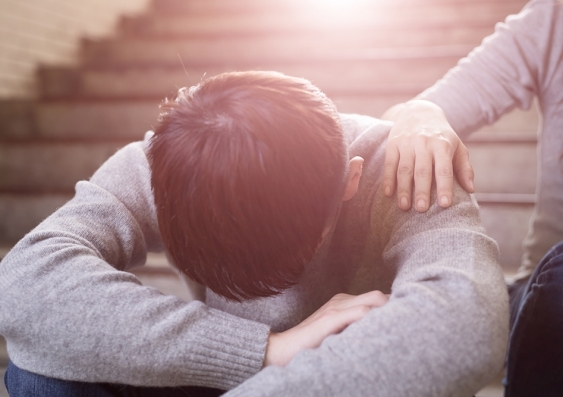 The term first responder has been adopted for a core organisational response to some circumstances of gendered violence. Image: Shutterstock

In 2012, a video of a New Yorker who stood between a man and woman who were fighting on the subway went viral.

Charles Sonder soon became known as Snack Man, because he casually munched on chips and lollies during his intervention. His so-called ‘bystander’ action helped to quell the violence.

So, what can bystanders (witnesses), and trained first responders do when they witness or are told about incidents of gendered violence?

The role of first responders

The idea of first responders emerged in relation to emergency responses – the first on the scene. The term first responder has been adopted for a core organisational response to some circumstances of gendered violence. Staff or volunteers are trained by their organisations to respond to disclosures of domestic violence or sexual misconduct. The response is not counselling. Rather first responders are trained to listen, prioritise immediate safety and refer. This is often characterised by recognise, respond and refer.

For example, UNSW has a network of first responders who have been trained to respond to disclosures of sexual misconduct by staff or students. This program is managed by the Division of Equity Diversity and Inclusion and training is delivered by the UNSW Gendered Violence Research Network (GVRN). After completing the face-to-face training, First Responders are required to undertake a criminal record check, a working with children check, and an interview to determine their appropriateness for this voluntary role.

“They are not counsellors, but they are people who are aware of the resources that are available on campus and externally,” GVRN manager Mailin Suchting says. “They can receive a disclosure, either from the person directly affected or from a concerned friend or colleague. They are people who will listen, and they will help that person determine the right pathway for support.”

One of the pathways is UNSW Sexual Misconduct Portal for reporting instances of sexual misconduct. A student or staff member at UNSW has the right to feel safe and secure at all times and to be able to fully participate in all aspects of life on campus. Unwanted sexual attention including harassment, stalking and assault can prevent a student or staff member from taking part in activities and involvement in the life of the University.

“The UNSW portal can a receive anonymous reports and provide advice to reporters who provide a contact email address,” Ms Suchting says. “Trained staff are at the other end of the portal. So, it can be a good way to get information without having to disclose anything.”

She says people who experience sexual misconduct may experience a range of emotions. It can be common to feel shame or fear, and there can be a lot of stigma with making a report. “It’s really important not to force people to report but to let them know the value of reporting,” she says. “The greatest value is that they get information that help them make decisions about what they want to do.

“First responders might encourage someone to report by offering to accompany them when they make a report or providing referral information. Remember a referral to a specialist service that provides counselling can help someone who is confused and in crisis to make the decisions that they want to make in their own time.”

She says if victims don’t want to disclose any information, a first responder could gently encourage people to get some advice or support from people who are highly experienced.

“You could say to them ‘what you’ve told me is really important, it sounds serious.  Did you know there are online, phone and face to face support services that can provide advice on what your options are?’.”

First responders can also get advice from the portal. First responders at UNSW are further supported to take on this role through a monthly debriefing session and a support network.

The role of bystanders

Some of us might find ourselves in situations where we witness disrespectful behaviour or sexual misconduct. In this situation we are a bystander. Being an bystander means seeing a situation unfolding. Being an active bystander means doing something about it. That might mean many things and it needs to be done safely.

“Listening to or aligning yourself with the person affected is the sort of bystander response that can make a difference,”” Ms Suchting says. “It is  important not to take over a situation on behalf of that person, because what they’ve experienced is a disempowering process. It’s important to ask the person what they would like to happen next. Many people don’t want anybody to know.”

If you’re a bystander and you witness an incident happen; an appropriate response is to interrupt what’s happening if it’s safe to do so. “You could say something like, ‘we don’t agree with what you are doing, or you could physically stand between the two people,” Ms Suchting says.

“If you’re at a party and someone says to you, ‘look this guy just touched me up’ or ‘I have been sexually assaulted’, those are immediate situations where you might take the person to a safe place and then talk to them about what they would like to do. But if you’re concerned that something is about to happen, you might want to distract someone or manoeuver the social situation so that the person is safer.“

A strategy for someone observing a racist, sexist or homophobic comment in a public space is to sit next to the person who has been victimised and have a conversation with them. “Align yourself with the person who has been victimised in a physical way,” she says. Support the person experiencing the harassment, listen to them, refer them to your organisation’s policies and procedures, or help them to find information to make a complaint.

It’s important for bystanders to keep safety in mind, but the most helpful thing for them to assist victims is to go with them to the right service or support. This could include 1800RESPECT, Lifeline, MensLine or the NSW Health’s Sexual Assault Services.

Addressing the gap in financial abuse research in Australia