The ocean meets the sky as drones take conservation efforts to new heights. 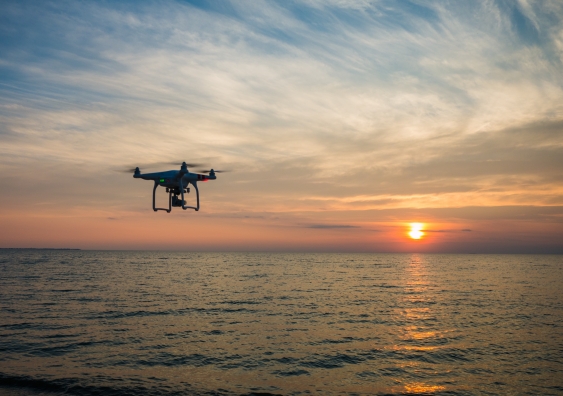 The word ‘drone’ might conjure up the kind of dystopian imagery you’d find in a science fiction novel. But the idea that the world will one day be overrun by super-intelligent lethal robots that fly isn’t necessarily accurate.

UNSW Associate Professor Adam Fish, Scientia Fellow in the School of the Arts and Media, says the drone often gets a bad name.

“Most people associate the drone with military intervention … robots that automatically kill people,” he says. “But I think that you’d be more likely to have your life saved by a drone than to be killed by one.”

The military application of drones is just one application of the unmanned aerial vehicle (UAV), the associate professor says. And while military drones are still a serious concern, the technology has more capacity for doing good than evil, he says.

“It’s the most spectacular application of the technology that gets a lot of press,” he says. “But drones are great for situational awareness [and] real-time assessment in humanitarian crises, for the delivery of medical assistance too.

“I think people will increasingly identify that drones are safe, affordable, effective technologies with some impactful applications for the well-being of other species. I’d like to imagine that these important conservation advances would be celebrated over the more terrifying applications of drones.” 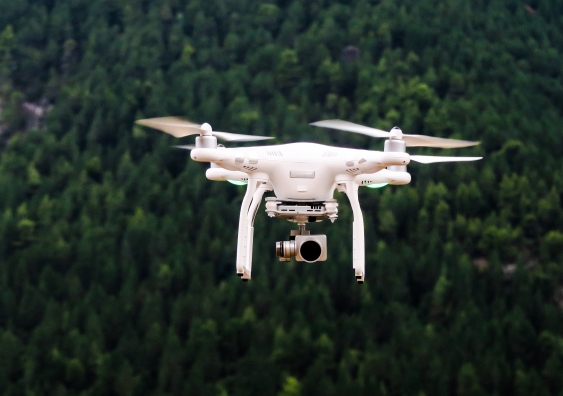 Drones are a safe, affordable and effective technology for addressing environmental problems from pollution to extinction. Photo: Unsplash.

Taking conservation to the skies

One of the most promising applications of the drone is in the field of environmental conservation. In line with reduced funding in the field, the drone can be flown by one person with very little training at a relatively cheap one-off cost.

“[For] many of the environmental problems that we’re trying to address, from pollution to extinction, drones provide an affordable, safe, practical platform,” A/Prof. Fish says.

The associate professor says drones are effective for raw scientific data collection beyond what a human is capable of.

The drone can potentially automate the ability to scan and document landscapes more quickly and accurately, A/Prof. Fish says. It can also use different sensors to augment its view, like heat-sensitive systems, to go beyond what a human being can see.

“For example, in instances of coral bleaching…drones can help oceanographers get a sense of the species range of somewhere vast like the Great Barrier Reef. Drones, aided by artificial intelligence, are also very effective in counting endangered species like certain breeds of penguins, seals, and whales,” he says.

“We’re fortunate to have charismatic megafauna like cetacean in Australia, which we can monitor with drones to collect information about viruses, the hormones in their bodies which can inform our understandings of their pregnancy, and level of pollution they’ve encountered in their migratory practices.” 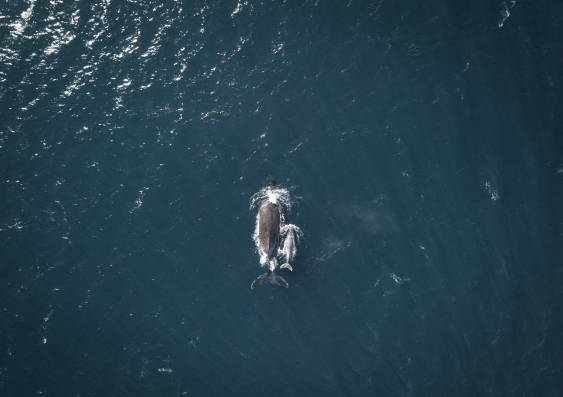 Drones can also be used in conservation as a security mechanism, and to intervene in illegal ocean activities such as poaching. The view from up above also helps to inform the movement of ships and document illegal poaching operations or clandestine pollution, A/Prof. Fish says.

However, that’s not to say that conservation will be entirely automated in the future. Conservationists are still undecided amongst themselves about whether the drone is better than the human eye.

“A human is still a very useful remote sensor – our field of vision can be broader than the camera, as is our ability to adapt on the fly…ideally we can have both,” he says.

“But when you consider the economic climate for the funding of science and conservation…cost-wise, safety-wise, it makes sense, and I think we’ll see more drones replace manned-flight in helicopters and the like.”

A/Prof. Fish says there is also the potential for the drone to encourage more citizen science. The smooth gimbal-enabled drone shot [gimbals stabilise drones in relation to the horizon] can also be an essential tool for advocacy.

“It produces an evocative spectacle,” he says. “There are a lot of shoreline citizen scientists already trying to identify humpbacks with binoculars and cameras – so if we had drones as part of that citizen assemblage, that would be interesting.” 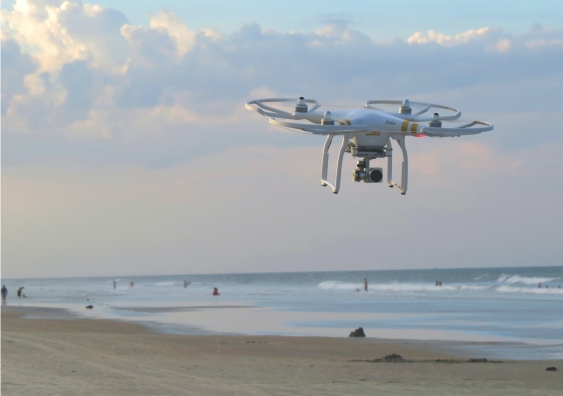 Citizen scientists can play an important role in conservation from the shoreline. Photo: Unsplash.

While drones do need some regulations, the associate professor says heavy-handed regulatory approaches to drones constitute a significant concern and threaten to inhibit experimental applications of drones within conservation activism.

“New regulations which require all drones to be registered are saying to the citizen drone pilot, ‘we’re watching you, we’re concerned with what you’re doing’,” he says. “That might inhibit more experimental, playful and politically driven journalistically-motivated applications.”

Ultimately, he says it’s the responsibility of government to regulate the drone appropriately and to support conservation efforts better financially.

“We also don’t want to live in a world in which science and conservation are solely the responsibility of private citizens; the state should also be involved,” he says. “At the same time, we don’t want to be in a place where scientists who only get approval from regulatory bodies are the only people able to use drones.

“What we really need is to have some of our taxes pay for proper scientists with healthy budgets and proper ecological management strategies – in this world, drones can play a meaningful part.”