A new study that aims to identify rates of undiagnosed HIV in Australia’s gay community will offer free testing across six states and territories, including at Sydney’s Gay and Lesbian Mardi Gras. 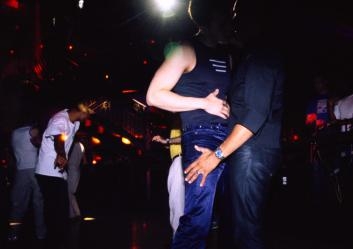 A new study that aims to identify rates of undiagnosed HIV in Australia’s gay community will offer free testing across six states and territories, including at Sydney’s Gay and Lesbian Mardi Gras.

It is hoped the project, conducted by UNSW’s Centre for Social Research in Health, the Kirby Institute and the Burnet Institute, will lead to a more accurate measure of the proportion of gay and bisexual men who have HIV, and reduce the number of undiagnosed cases.

National surveillance reports revealed newly diagnosed cases of HIV infection in Australia increased by 10 per cent in 2012 to reach 1253, the largest number in 20 years.

“For the first time we will get a national snapshot of HIV prevalence in the gay community – among both those aware and unaware of their infection,” says lead investigator Associate Professor Martin Holt.

Men choosing to take part in the study are required to provide a saliva sample and have the option to participate anonymously or receive their test result by SMS, phone or email. The COUNT team will assist with referrals to support services, if required, after the results are delivered.

COUNT builds on the experience of a pilot project conducted by the Burnet Institute in 2008 in Melbourne, which found an HIV prevalence of 9.6% among gay men in the city. Approximately a third of the participants with HIV were unaware they were infected.

Associate Professor Holt says most existing studies rely on self-reported HIV status to measure HIV in the community, and these results can be affected by how often people get tested.

“They also fail to account for those with undiagnosed infection. This study will give us important information about the profile of men with undiagnosed HIV in Australia, which is vital for designing HIV prevention programs,” says Associate Professor Holt.

Find out more about the COUNT study here