From Football United youth leader to Cannes Film Festival, this former refugee is a rising star

Mentoring young people at UNSW-led Football United gave Mandela Mathia a sense of community and skills that serve him in his acting career. 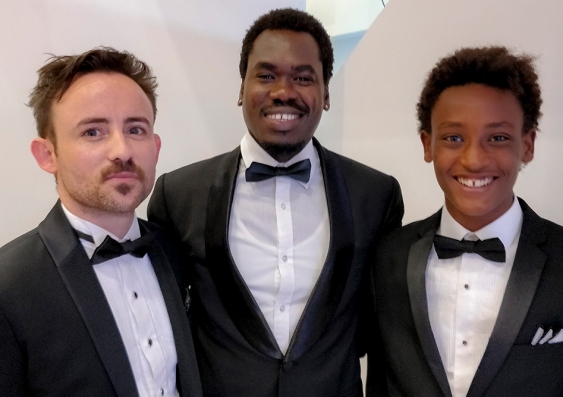 Mandela Mathia (centre) with director Charles Williams (left) and Yared Scott at the Cannes Film Festival, where their film All These Creatures won the Palm d'Or in the category for short films. Photo: supplied

In just a few months, Mandela Mathia has graduated from NIDA, performed in his first show with a professional theatre company, and travelled to Cannes as a star of the short film that won the Palme d’Or.

Mandela arrived as a refugee in Australia from South Sudan in 2008 with his mother and two siblings, after a journey broken by more than five years in Egypt. It was there he caught both the football and acting bugs.

Watching the 2002 World Cup final, he was dazzled by Brazil’s performance and “fell in love with the game”. Not long after his family settled in Sydney’s Blacktown, he joined the Parklea Football Club.

“Then a friend told me about this place you could go on a Saturday and play [football] games, and sometimes there was even food,” Mandela says.

“The funny thing is, it was the thought of the BBQ that got me along to Football United the first time. Then I decided this was going to be my thing every Saturday.” 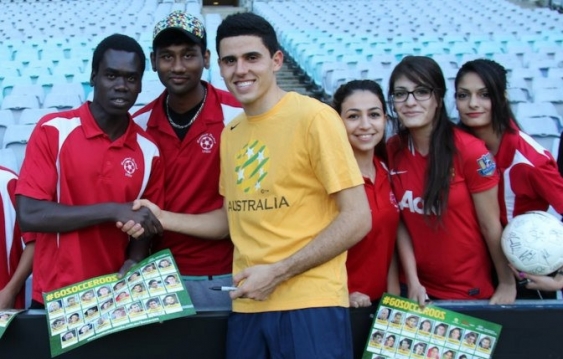 Established in 2006, Football United is an initiative of UNSW Sydney’s School of Public Health and Community Medicine, with the aim of providing leadership and management opportunities to young people using the social power of football.

Mandela established strong connections with both the organisation and the participants and became a mentor.

“Being a Football United youth leader instilled so many things in me, in terms of maturity, leadership and giving me confidence, meeting people from different backgrounds and cultures, and learning about how they got here and their experiences,” he says. “They are things I have been able to take to other areas of my life, like acting.”

These days football has given way to Mandela’s other passion.

As he did with football, Mandela had his first taste of performance in Egypt – at primary school, where a class had to present some form of entertainment, usually singing or reading, each morning.

“My class started doing sketches, and we always tried to be funny. When other people began to see the funny side, I started to love it,” he says.

“I intended to pursue acting when I came to Australia but, once I got to high school, I knew I wasn’t going to be happy in a drama class because my English wasn’t good enough.” 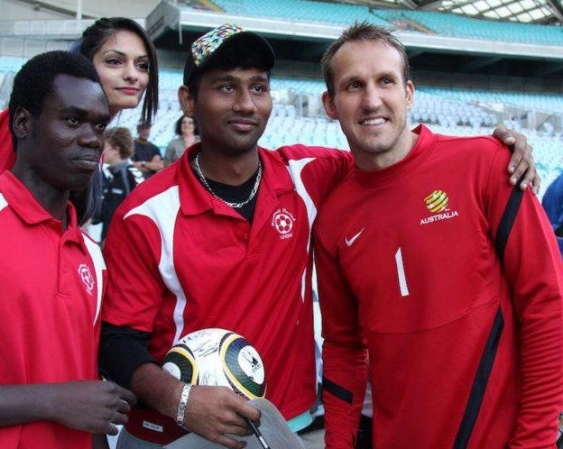 Staying close to his dream, Mandela enrolled in Screen & Theatre at TAFE after finishing school. He knew nothing about NIDA until a class excursion, when he realised this was where he needed to be to study his craft. Undaunted by being eliminated in the first round of auditions the first year he applied, he made it through in the second year.

“I still didn’t understand how significant NIDA was, so when I got in, my Australian friends and my acting friends were more excited than I was. Cannes was another thing I didn’t know much about – but my friends were really excited for me.”

Mandela was at the Cannes Film Festival for All These Creatures, a short film directed by Charles Williams that won the Palm d'Or in the category for short films. Mandela plays a father in the film, which stars Yared Scott.

After such high profile exposure, Mandela says his plan is to remain calm and collected.

“At my age, many things will happen and come my way, so it’s important to keep practising, to keep focused, and never get side-tracked.”

Being side-tracked doesn’t seem likely – Mandela is now busy with rehearsals for his second play.