Former NSW Premier and Foreign Minister Senator Bob Carr has been appointed Adjunct Professor in the Faculty of Arts and Social Sciences at UNSW. 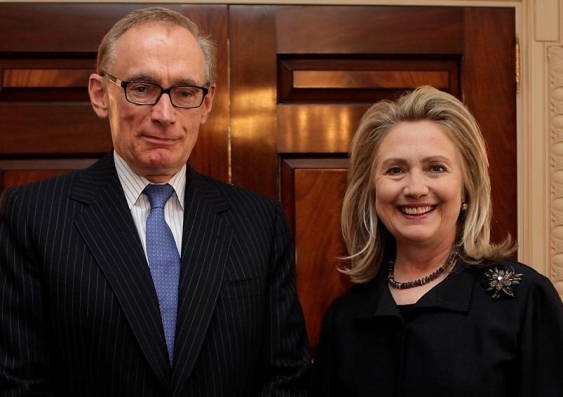 Former NSW Premier and Foreign Minister Senator Bob Carr has been appointed Adjunct Professor in the Faculty of Arts and Social Sciences at UNSW.

A UNSW alumnus, Mr Carr outlined his new role at the University when he announced his resignation from the Senate today.

“I look forward to the opportunity to work through the lessons I have learned as former Premier and Foreign Minister about Australia's engagement with Asia, and especially China, in dialogue with UNSW's researchers on Asia, China and in International Relations,” he said.

Mr Carr said he looked forward to “reinventing himself as an Asian specialist”.

Mr Carr graduated from UNSW with a Bachelor of Arts with Honours in History and served as a UNSW Council member from 1984–1988. He will hold a joint appointment in the School of Humanities and Languages and the School of Social Sciences.

UNSW Dean of Arts and Social Sciences Professor James Donald said he was delighted Mr Carr has chosen to draw on his experiences as former Premier and Foreign Minister of Australia in collaboration with UNSW academics.

“Our researchers in Asian and International Studies are outstanding and I see great benefit in this type of interaction between deep research and first-hand political experience,” Professor Donald said.

Mr Carr said he was proud of his contributions to the management and enhancement of Australia’s relations with Asia in his role as Foreign Minister, including Australia’s closer alignment with ASEAN.

He will take up his position as Adjunct Professor in the Faculty of Arts and Social Sciences in November.