Former President of Ireland Mary McAleese will return to Australia more than a decade after she stood in the Opera House to announce the campaign to establish a Chair in Irish Studies at UNSW. 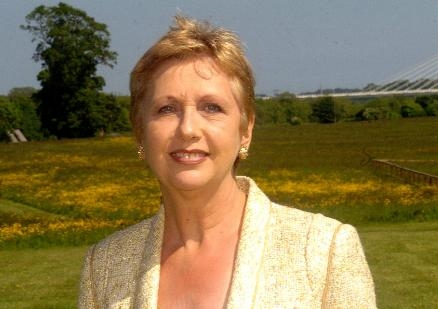 The Global Irish Studies Centre will welcome former President of Ireland Mary McAleese back to Australia more than a decade after she stood in the Opera House to announce the campaign to establish a Chair in Irish Studies at UNSW.

Dr McAleese will reflect on contemporary Irish society, the peace process and the Irish diaspora, as well as her distinguished career and life post-presidency in conversation with Professor McDonald on Wednesday, 10 September.

Professor McDonald said Mary McAleese’s two-term presidency of Ireland from 1997-2011 was developed on a theme of 'building bridges’.

“Mary McAleese put peace and reconciliation at the heart of her presidency, winning the respect and affection of all communities in Ireland,” said Professor McDonald. “She helped develop a new era in Anglo-Irish relationship, hosting the first ever visit of Queen Elizabeth to the Republic of Ireland and led the country during a period of rapid political and economic transformation.”

What: Dr Mary McAleese in conversation with Professor Rónán McDonald

Dr Mary McAleese was President of Ireland from 1997 to 2011. The first person from Northern Ireland to be elected Head of State of the Republic of Ireland, she was re-elected unopposed for a second term in 2004. She held the office during a crucial period in recent Irish history, in the aftermath of the Good Friday Agreement in 1998. She won acclaim and respect from all sections of Irish society, and is widely acknowledged to have used her office to advance the causes of peace and reconciliation in Ireland.A barrister and former Professor of Law at both Queen’s University Belfast and Trinity College Dublin, Dr McAleese has strong academic interests, and after her period of office pursued a doctorate in Canon Law at the Gregorian University in Rome. She has recently been a visiting scholar in Irish Studies at Boston College in the United States.