Opinion Fourteen years on, what next for Australia's role in Afghanistan?

After 14 years of continued military presence in Afghanistan, the Turnbull government must decide what's next for Australia in the conflict, writes Ian Bickerton and Christopher Kremmer. 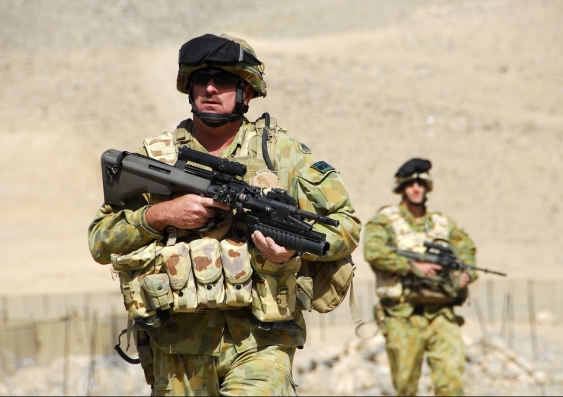 OPINION: In October, US President Barack Obama confirmed that American forces will remain in Afghanistan for the foreseeable future.

This means a war that has already lasted 14 years – and cost the US more than US$1 trillion – will not, as Obama promised, be concluded on his watch.

Obama emphasised that troops were present to support and train Afghan security forces and to carry out counter-terrorism operations. This task was vital to the security of the US. Obama asserted that America’s “commitment to Afghanistan and its people endures” to ensure that it does not again become a haven for terrorists.

However, instead of victory, the decision will likely deliver a stalemate. Obama’s reluctant abandonment of his own election promise suggests twin realisations:

Despite 14 years of such support, Afghan forces are still not capable of protecting their country unaided.

… strengthening of relations of the United States with Afghanistan on the basis of common interests and risks.

NATO also welcomed the move, saying in a statement that it “paves the way for a sustained presence”. But is this an effective approach?

According to a recent UN report, the Taliban is spread through more of Afghanistan than at any point since 2001. In September, it achieved a dramatic victory, seizing the northern city of Kunduz and holding it for more than two weeks before making a tactical withdrawal. Evidence of local support for the Taliban bodes badly for the security outlook.

Kunduz also exposed the limits of foreign forces. US troops in Afghanistan remain at around 10,000, but this is only one-tenth of the number deployed as recently as 2010. They will be unable to offer anything like the levels of security that foreign forces provided earlier in the conflict. Yet their presence will cost almost US$15 billion annually to maintain.

Instead of a clean slate, Obama’s legacy to the next US president will be an expensive and painful hangover.

Australia now faces these questions, as the Turnbull government considers joining the US in extending its military deployment in Afghanistan. Australia’s current commitment is to keep the present force of around 250 to advise and assist through to the end of 2016, mainly around Kabul.

At a recent Senate estimates hearing, Defence Force chief Mark Binskin warned that the world should not “cut and run” from Afghanistan.

Binskin indicated that many areas of life in Afghanistan had improved significantly over the past few years – such as life expectancy, clean water, roads and internet use. Binskin also stressed the importance of continued financial support to Afghanistan. Without it, the Afghan government cannot maintain its security forces – nor could it build the mechanisms and infrastructure of a functioning state.

But evidence of the effectiveness of Australia’s military contribution is unconvincing. During the hearing, Labor senator Stephen Conroy cited recent UN data showing that Oruzgan Province – once patrolled by Australian troops – is under dire threat. The UN found that four of its five districts were rated under “extreme” or “high” threat, with even the capital – Tarin Kot – classed as under “substantial” threat.

It is naive to believe that Australia’s continued modest military presence will favourably conclude hostilities. Years of effort by a much larger US and international contingent could not accomplish that goal. Nor is it likely that the long-term stationing of Australian troops in the region will do much to protect Australians from “terror” threats posed by the Taliban, al-Qaeda or Islamic State.

In many ways the war in Afghanistan, and the question of Australia’s continued presence, seems not to be about Afghanistan at all. It is a political symbol of commitment to fighting terror that actually produces the opposite result, and bleeds resources from other equally or even more important priorities.

If past experience is any guide, if our desire is to assist the people of Afghanistan to live peaceful, independent and prosperous lives, our political leaders should not blindly accept a military option.

Ian Bickerton is an Associate Professor in the School of History and Philosophy at UNSW.

Christopher Kremmer is a Senior Lecturer in Journalism in the School of the Arts & Media at UNSW.

This piece first appeared in The Conversation.