G20 countries have a moral responsibility to protect women migrants working in the garment and domestic sectors, says an international research consortium. 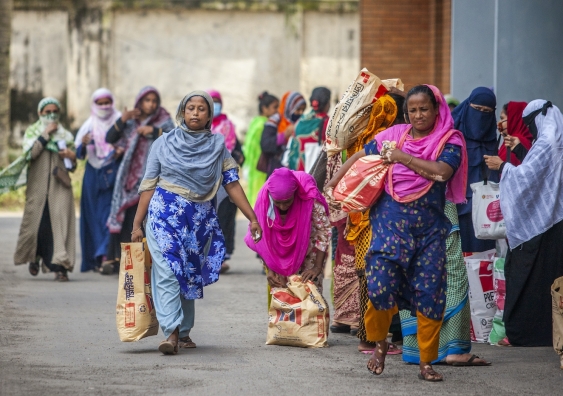 Developed nations must uphold the human rights and fair work conditions of women migrants working in the garment and domestic sectors, says an international research consortium on gender and development.

Dr Joyce Wu, a lecturer at the School of Social Sciences at UNSW Arts, Design & Architecture, is one of the lead researchers. She says we have a moral responsibility to improve the precarious conditions of women migrants and reduce their risk of forced labour and human trafficking.

“Women migrant workers make significant contributions to the global economy and provide key services, such as domestic work,” Dr Wu says. “But the current framework is not protecting them.”

By mid-2020, 83 million people from the Asia-Pacific region were not living in their country of birth, with women constituting 44% of this total figure. Dr Wu says that without effective government policies and programs to support female migrant workers, women can be vulnerable to forced labour and adverse treatment, such as debt bondage, physical, financial, sexual and verbal abuse.

“At the same time, the global pandemic has created further challenges for migrant women, especially for those stranded overseas and seeking to return to their home country,” she says.

Through her research, Dr Wu examines sexual and gendered violence in conflict and post-conflict situations, intersectionality and inequality, sustainable development, climate change, and equity and diversity in higher education. She is collaborating with the consortium on a case study of best practice.

‘Women migrant workers make significant contributions to the global economy...but the current framework is not protecting them.’

The eradication of forced labour, modern slavery and human trafficking is tasked in the UN’s 2030 Agenda for Sustainable Development, itself an urgent call for global action.

While labour migration can be empowering, both economically and personally, for many women, migration results from and can contribute to their tenuous socio-economic position, Dr Wu says. They are susceptible to exploitation all along the migration pathway, from family coercion and fraudulent recruitment agencies at home to abusive employment in their destination country.

“Women working in private homes as domestic workers are especially susceptible, particularly in their first migration,” she says. 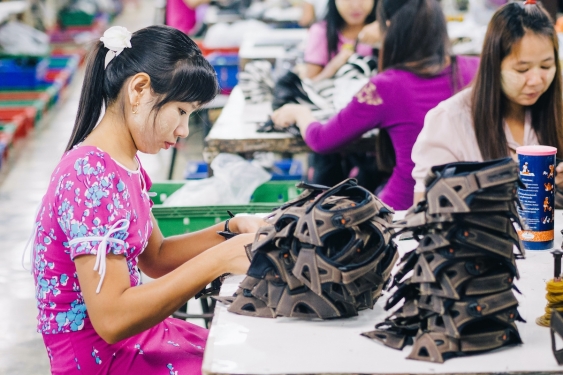 We have a moral responsibility to reduce the risk of forced labour and human trafficking for women migrants, says Dr Joyce Wu. Photo: catastrophe_OL / Shutterstock.

The making of migrant women workers

While some women seek adventure and new cultural experiences, Dr Wu says that familial and financial pressures are more often key drivers for women’s labour migration. She says that women can face a lack of local opportunities and welfare in their home countries.

Some women are also victims of marital abandonment, domestic violence or widowed, often with dependent children, yet lack financial independence.

“In Nepal, for example, particularly women who live in the hills areas – in Terai – education and literacy levels are very low because of poor infrastructure and resources…poverty [means] parents make the pragmatic decision to favour boys.”

By adulthood, women have few options, she says. Work opportunities in the capital – cleaning, housecleaning, factory work – all yield very low pay, but globalisation has opened up pathways to more lucrative employment overseas.

“Often debates around trafficking are very fraught, because you have these different stories and narratives and experiences that you are tackling on the ground that cannot be very easily generalised to say they’re all victims,” Dr Wu says. “But there are fundamental human rights that have to be respected and protected.”

In the pandemic pressure cooker

COVID-19 has exacerbated things with restrictions substantially impacting migration, Dr Wu says. Women migrants in Lebanon, for example, have been gravely affected by fallout from both the pandemic and the explosion in Beirut’s port that caused more than USD$400 million in damage to infrastructure.

With housemaids considered a luxury, many migrant women lost their livelihoods. “Employers would drive a woman with her baggage and dump her outside the Nepal Embassy,” Dr Wu says.

While some embassies offered shelter and assistance, others did not, and for some migrant women, there was no embassy to approach, she says. Many women were stranded without income yet unable to leave. Others made it home only to be vilified for returning empty-handed or shunned for (potentially) bringing COVID back with them.

“The need to protect women migrants’ rights is ever more prescient; the question remains how best to do that,” Dr Wu says.

Evaluating the Work in Freedom program

The consortium’s policy brief is part of a research-driven evaluation of the ILO-led Work in Freedom program – Phase 2. The evaluation looks at the effectiveness of its interventions and advocacy to inform best practice.

The Work in Freedom program aims to reduce forced labour associated with labour migration from South Asia to the Arab States to work in the domestic sector and textiles, clothing, leather and footwear industries.

‘The need to protect women migrants’ rights is ever more prescient.’

The three-year study to evaluate the program is a collaboration between the International Food Policy Research Institute (IFPRI), American University of Beirut, Australian National University, Lincoln University, University of Dhaka and UNSW Sydney.

“The study asks, what can we learn from the [current] interventions; what are the emerging trends, issues and concepts that can inform future work in supporting migrant women,” Dr Wu says.

The study brings together home countries (in this case, Nepal and Bangladesh) and destination countries (Lebanon and Jordan) to discuss and promote shared responsibility for advocacy and interventions. It engages with local civil society organisations, highlighting policy and program development areas to promote empowerment and better management.

Embedding the voices of the women migrant workers and key stakeholders in discussions is vital, Dr Wu says, and helps prevent the colonising of aid, where well-meaning wealthier nations can misinterpret needs and misconstrue cultural sensitivities.

By gaining audiences with policymakers and key stakeholders, the project engages in “advocacy work through the research process,” she says. “In our workshops where we brought together government, NGOs and academics, part of that was about facilitating the government hearing the side of the people who work on ground.”

By facilitating robust dialogue grounded in women’s experiences, they help bridge the disconnect between policy and practice.