Opinion Gags gone but public debate is still a joke

Australians are hungry for some vision in our politics and for some debate on the big-picture questions about how we see ourselves as a nation. But can our politicians deliver, asks Sarah Maddison. 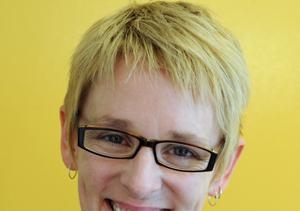 Today we find ourselves at the lowest ebb of political debate I can remember. Australian politics seems never to have been quite this turgid; quality debate never quite so drowned out by shouting, a carping competition for…what?

The ambitions of both parties seem to be only about retaining or attaining government. There is no vision, no aspiration and, consequently, no connection with the Australian people.

Important issues are getting mired in banality. Think about climate change: an obsession with so-called ''balance'' in the media resulted in climate sceptics given equal air-time with climate scientists, perpetuating the view that the science on climate change is actually in question.

Many of us had hoped it would be otherwise. In 2007, Clive Hamilton and I edited the book Silencing Dissent, describing the Howard government's efforts to undermine dissenting and independent opinion. The book argued that Howard's attacks on dissenting individuals and institutions had resulted in the gradual erosion of robust public debate and a dramatic decline in the health of Australian democracy.

Like many others, I was optimistic that, when Howard eventually lost office in 2007, we would see some progressive change from the new government. And early signs - such as the 2020 Summit and the removal of Howard-era ''gag clauses'' from non-governmental organisation contracts - were promising. Plainly, the creeping authoritarianism of the Howard years would not simply persist under Labor.

But I did not believe then that a change of government would be enough to reverse the declining standard of our public debate. And indeed, the past five years have failed to realise our larger hopes for democratic revitalisation.

Of course, Australia is not alone in going down this path. Others have pointed out that many Western democracies have recently undergone a process of political ''Americanisation'', in style and strategy.

But what makes Australia different in this regard is our recent political history. The silencing of dissent for a decade has left us ill-equipped for a new era of political marketing in place of policy debate, for what political scientist John Keane has called a ''mediacracy'' instead of a democracy.

So the health of Australia's democracy continues to decline, and with the likely election of another conservative government next year, I hold grave fears for the longer term.

Anti-democratic reforms taking place in Queensland, including Howard-era style restrictions in NGO contracts that prevent organisations from ''advocating for state or federal legislative change'' should be sounding the alarm.

More than this, I think Australians are hungering for some vision in our politics, for some debate on the big-picture questions about how we see ourselves as a nation. But is it really our politicians who are responsible for that vision? Can we seriously identify any likely incumbent in The Lodge in coming years who we believe can articulate such a vision?

In his influential work on the concept of adaptive leadership, Harvard professor Ronald Heifetz describes the inclination to always look to authority for solutions. The response from authorities, such as governments, will often make the situation worse, or at least perpetuate the problem. Authorities are often under pressure to appear decisive, and as a result they are inclined to ''fake the remedy'' or avoid the more difficult issues.

The public response - our response - when authority fails or when the problem worsens, is to look even more earnestly to authority for a new solution, often switching our support to someone who promises new and better answers.

With this in mind, I suggest the dismal state of public debate is not inevitable, but neither is it fixable from on high. Looking to authority for solutions is what Heifetz would describe as ''work avoidance''.

The responsibility is ours. We must reclaim our political identities as citizens, not consumers of politics. We can use old-fashioned methods of writing to and meeting with our local members. We can use new opportunities presented by organisations such as GetUp! and the plethora of web-based organisations that allow us to build petitions and grow campaigns about issues we care deeply about. We can become ''citizen journalists'', investigating the issues that concern us and partnering with progressive media to tell the stories. There are many ways to engage. We are limited only by our imaginations and our capacity to break with the cynicism and exhaustion that the current mediacracy produces.

The next six to 12 months is a crucial moment in which the tone of our political debate needs to change. Can you imagine the horror - the debasement - of the next election campaign if it does not? Our politicians will not change it, the corporate media will not change it.

Only we can change it. In the spheres of influence in our own lives, in our workplaces, our universities, our schools and our community organisations we need to change the conversation. The question is not, will Julia or Tony be the next prime minister? One of them will and it won't change a damn thing.

We are citizens, not just consumers. We must be dissenters, not passive bystanders. And now is the time for us to be heard.

Sarah Maddison is an Australian Research Council Future Fellow at the School of Social Sciences at UNSW. This is an extract from the Greens' annual Juanita Nielsen memorial lecture, delivered this week.