Don't expect to learn anything new from the ceremonial rhetoric of Anzac Day. Persuasion about national unity depends on more than just the communication of facts, writes Mark Rolfe. 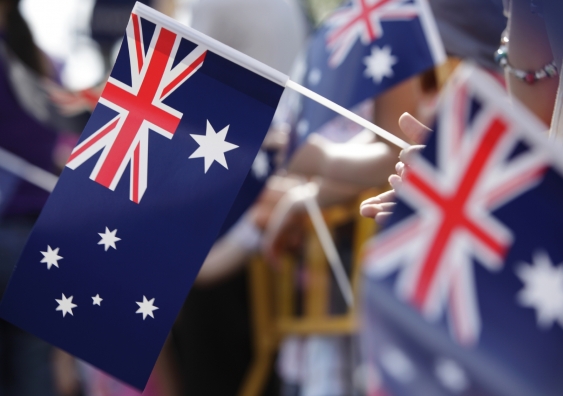 OPINION: This Saturday, 10,000 Australians and New Zealanders will be watching the sun rise over Anzac Cove at Gallipoli, looking across waters where their ancestors came ashore a century ago, and knowing deeply the national story told about those men.

They will not hear anything new from the procession of people who will officiate this worthy commemoration. They would have heard it all on many previous Anzac Days. There will be no new information that changes the basic story for them. And there is nothing wrong with that. In fact, there is a lesson here for our politicians as political persuasion is not simply about the communication of facts.

Now I admit many people would not see the speeches of this sacred national day as political. And they may have little time for the idea of rhetoric, often seeing it as only slick spin coming out of the mouths of dubious politicians.

On the first point, we all use rhetoric - that is, we all try throughout our lives to persuade others with greater or lesser degrees of success. Our means of persuasion have been the subject of study since the ancient Greeks some 2,500 years ago.

On the second point, rather than partisan speeches, I'm thinking more broadly about political values and the continual meanings we attribute to that long-ago event as part of our national identity. On that day each year over many decades, we have constantly ruminated about who we are as a people and that eventually does bubble through in more political debates.

Anzac Day is an example of what is called ceremonial rhetoric which is used on occasions such as weddings, birthdays, funerals, official welcomes, and other events involving the praise of people. It differs from forensic rhetoric, which seeks to answer issues of guilt or innocence, and from deliberative rhetoric, which depicts the future and what is to be done.

Importantly, we know before going to ceremonies what will be said. They should fit a pattern. There should be no unpleasant surprises. For a wedding, the speeches must say how wonderful the couple are together and what a happy future they will have. The best man must thank the bridesmaids and be funny without going over the embarrassing topic of their sex lives. Fathers of the bride should avoid speaking about their daughters' bodily functions.

In other words, there is decorum of words and style to match the occasion. We don't expect a eulogist to say of the dead person "Good riddance to the free-loading bastard, I hope he fries" unless they are as talented as John Cleese in playing with incongruities.

Instead, we expect praise and celebration of the life that is gone, at least for that moment when we are together. That was the appropriate order of the day from Tony Abbott's office for the eulogies to Gough Whitlam in Parliament, although Christopher Pyne's talents managed to provide the one jarring note. He blithely told the House his mother cried tears of joy the day of the Dismissal. It injected a partisan tone into the celebration of a life.

Similarly, we would be understandably horrified if partisanship entered an Anzac Day address. Instead, we expect to hear the diggers described as heroes who stormed impossible cliffs despite the odds - that they were young sacrifices who made our democracy possible and that they made possible the birth of a nation.

In fact our recitations are remarkably similar, almost word for word, to that of Canadians who remember their ancestors at the Battle of Vimy Ridge in 1917. Of course both countries share a history of growing nationalism, dominion status and empire that may help to explain the language. But they also shared with other nations the same mourning of a catastrophe. Consequently, these different peoples reached for traditional classical, romantic and religious ideas and their familiar expressions, as author Jay Winter has ably demonstrated, and their rhetoric expressed political values:

The overall lesson for our politicians is that persuasion involves the reinforcement of people's beliefs, not their change.

Too often politicians of all stripes think persuasion involves curing other people of their incorrect thoughts with a good dose of 'information'. That has been the approach of Joe Hockey with the Intergenerational Report and its television campaign. To be fair, Labor also tried this in 2013 when it was on the skids and proposed a $50 million advertising campaign for Gonski and another one promoting the NBN after it had already passed into law.

I'm not saying that facts and information are unimportant, but our values and beliefs are just as important, if not more so. They are not susceptible to the 'attitude change' so often thought to be the path to persuasion. In that case, people frequently think of a mistaken history of propaganda and especially of the Nazis.

But, as Richard Evans has shown, Hitler did not say anything new; swastikas, anti-Semitism, belief in a united people's community, national rebirth after the humiliation of the Versailles Treaty of 1919, hero worship, social Darwinism, all these things and more were around for years if not decades.

As I've discussed elsewhere, Tony Abbott greatly admires Winston Churchill as a model leader. But this man made his reputation in 1940 and 1941 telling Britons what they already believed about the greatness of British and Christian civilisation. As he so aptly put it:

I was not the lion, but it fell to me to give the lion's roar.

Crucially, he stamped history with speeches that were meant to bring people together in a common cause, like Anzac Day, not pull them apart with partisanship. Similarly, we remember snippets of rhetoric by John F Kennedy ("Ask not what your country can do for you but what you can do for your country" - 1961) because the inaugural address is a time to celebrate the nation with ceremonial rhetoric.

Successful politicians crystallise into words what most people already believe. We need only remember that Tony Abbott did that in 2013.

Why China will be watching how we commemorate Anzac Day